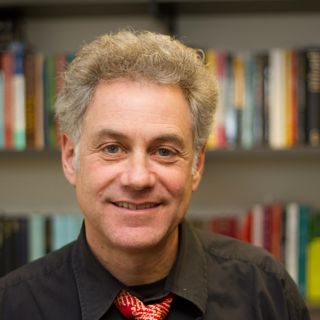 I began my career in ancient history at Indiana University, where I worked with Rufus Fears and Glanville Downey. This was followed by a year of study in Bonn, under the tutelage of Johannes Straub. The next stop was Columbia University, where I completed my graduate studies. My teachers there were Roger Bagnall (my dissertation advisor), Alan Cameron, William Harris, and Morton Smith. I was also much influenced, during the Columbia years, by the art historian Richard Brilliant, and by the numismatist William Metcalf. Another person, who significantly shaped my approach to Roman history, was Géza Alföldy, who was Professor of Roman History in Heidelberg, where I spent a fair amount of time in the late 1980s and early 1990s.

My first book project, which had been my dissertation, tackled imperial titulature and chronology during the third century AD. One of the chief sources for the chronology of that period is the Codex Justinianus, with its exactly dated imperial rescripts. My engagement with this fascinating book quickly led to a more sustained interest in Roman law, though in particular, the ways in which law was implemented on a quotidian basis. Thus, a second book on the delegation of imperial jurisdiction, and the men, who carried out this function. Interests in administration and law kept me constantly thinking about the men who shaped both, and I began to wonder especially about the intersections of the literary interests of these men with their “professional” lives in the government. This resulted in a third book project on Frontinus and his De aquis. Throughout all of this, I was repeatedly struck by the obvious effects of Roman social constructs on nearly everything undertaken by these people. This caused me to edit a handbook on Roman social relations. Presently, I have two larger projects in mind. The first, toward which I've been collecting ideas and material for quite a while now, would be a study of abusive behaviors and practices in the Roman context. Then, it seems to me that the nature of the Romans' relationship(s) to their law could profit from more thought. I've begun work toward a study whose core question would be something like: What did the Romans want from their law?

With respect to teaching, I generally approach classes from one of two angles. First, I like to try to engage my own research in the classroom. To that end, I have taught several iterations of a course on Roman law, each time tweaking the course, in accord with my own evolving interests in, and knowledge of, this field. Otherwise, I am often inclined to teach courses on matters, about which I would like to learn more. Thus, I recently offered courses on the Augustan period in the provinces, and women's lives during the crisis of the Republic. Or, for example, a few years back, I offered a course on Germanicus, and all of the complexities raised by his life and times.