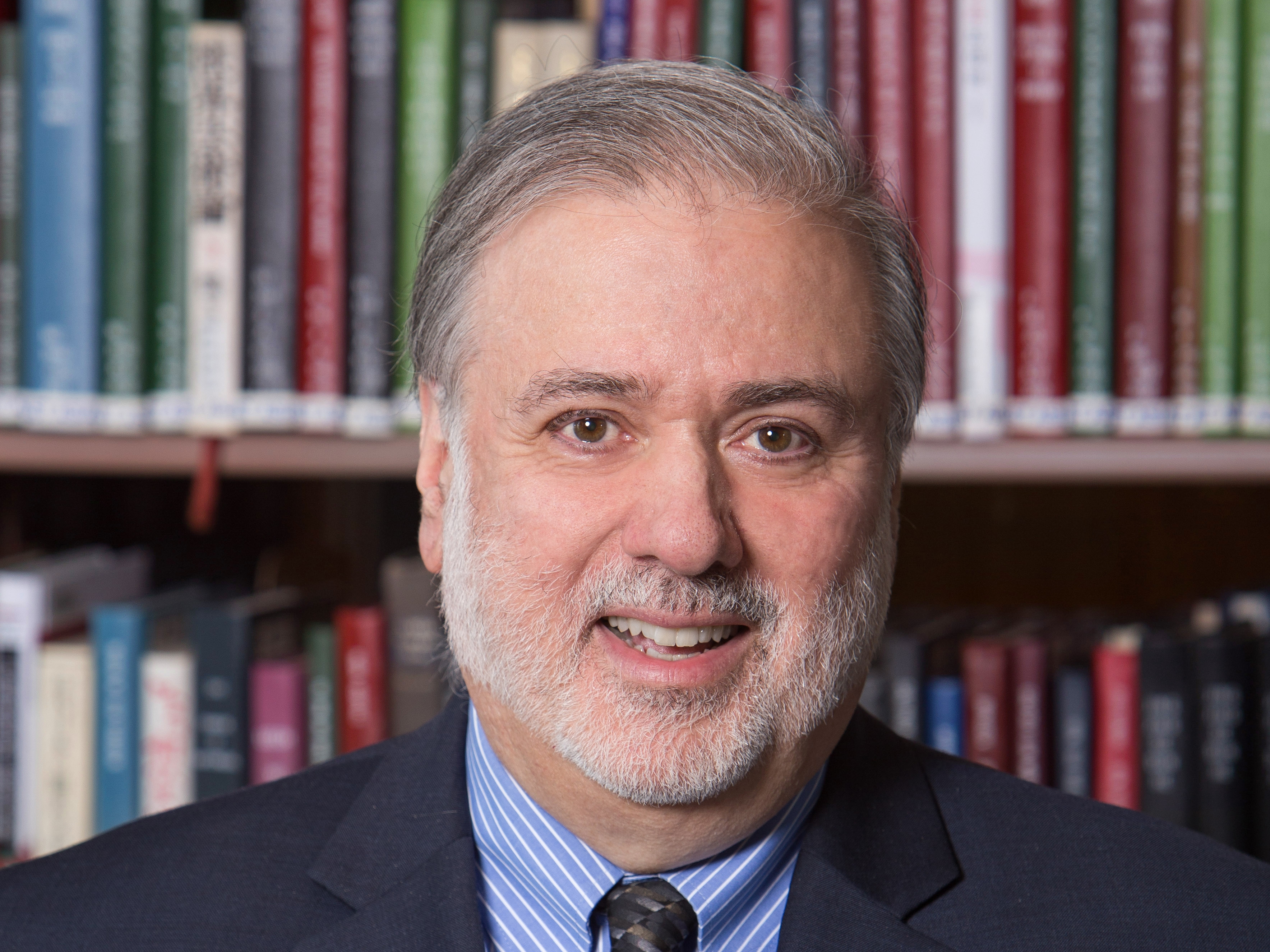 Interim Seryl Kushner Dean of the College of Arts and Science; Professor of Classics

Dr. Matthew S. Santirocco is Professor of Classics and Angelo J. Ranieri Director of Ancient Studies at New York University; he also serves as Faculty Director of NYU-Washington, DC. From 2011 to 2017 he was Senior Vice Provost for Academic Affairs, and from 1994 to 2011 he served as the Seryl Kushner Dean of the College of Arts and Science at NYU. Before that, he was College dean at the University of Pennsylvania, and had also taught at Pittsburgh, Columbia, Emory, and Brown.

Dr. Santirocco's scholarly interests focus on Greek and Latin literature and thought. He is the author or editor of several books, including Unity and Design in Horace's Odes; Latinitas: The Tradition and Teaching of Latin; and What’s New about the Old (a special issue of Daedalus on new approaches to the Greco-Roman world), as well as numerous articles. He is currently working on a book about the poetics of patronage in Augustan Rome. A past editor of the American Philological Association's monograph series, American Classical Studies, and of the journal, Classical World, he currently edits the Palgrave Macmillan monograph series, The New Antiquity. He also founded and directs NYU's Center for Ancient Studies, which promotes interdisciplinary and cross-cultural study of the past through conferences, student grants for international research, summer seminars for faculty from across the United States, and occasional publications.

In addition to his work in classics, Dr. Santirocco has promoted broader educational innovation. At Penn, he developed humanities curricula for the MBA and Executive Education programs at the Wharton School, with which he also partnered to create an undergraduate International Studies/Business program. At NYU, he led faculty in the design of a new core curriculum, as well as in the creation of a fully-funded undergraduate research program, Freshman and Advanced Honors Seminars, and cross-school programs. Having worked on curriculum and faculty recruitment for NYU's branch campus in Abu Dhabi, he oversaw the development of the academic program for NYU Shanghai.

A graduate of Columbia and Cambridge Universities, Dr. Santirocco has received research grants from the Ludwig Vogelstein Foundation, American Numismatics Society, American Council of Learned Societies, and National Endowment for the Humanities. He has served as Vice President for Professional Matters and as Financial Trustee of the American Philological Association (now Society for Classical Studies); as a founding member of the executive committee of the Reinvention Center (now Collaborative), a national consortium of research universities committed to improving undergraduate education; and as a board member of the South Street Seaport Museum, The Classical Association of the Atlantic States, and Commonweal magazine. He currently serves on the boards of the artists' colony Yaddo and the Aquila Theatre. In 2009, he was elected a Fellow of the American Academy of Arts and Sciences, and in 2011 was appointed Assistant Secretary of the Academy for the humanities and social sciences. In 2018 he was elected as a Fellow of the New York Institute for the Humanities. In January 2021 he became President-Elect of the Society for Classical Studies (formerly the American Philological Association).