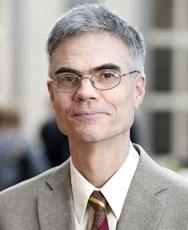 A specialist in the field of applied macroeconomic theory, with a focus on European unemployment and labor market institutions, Lars Ljungqvist has also made important contributions in development economics and in interdisciplinary research in statistics. Currently, he is a Professor of Economics at the Stockholm School of Economics (SSE) in Sweden. He also teaches macroeconomics in the Arts and Science Department of Economics and in the Langone Program at the Stern School of Business at NYU.

Dr. Ljungqvist is a Research Fellow at the Centre for Economic Policy Research (CEPR) and the Institute for the Study of Labor (IZA). He is an Associate Editor for the Journal of the European Economic Association and has earlier served in that capacity for the European Economic Review and the Review of Economic Dynamics. Dr. Ljungqvist received his Bachelor of Arts in Economics from the SSE and his Doctor of Philosophy in Economics from the University of Minnesota.