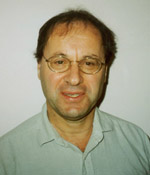 Kit Fine (B.A., Oxford; Ph.D., Warwick) specializes in Metaphysics, Logic, and Philosophy of Language. He is a fellow of the American Academy of Arts and Sciences, and a corresponding fellow of the British Academy. He has held fellowships from the Guggenheim Foundation and the American Council of Learned Societies and is a former editor of the Journal of Symbolic Logic. He regularly teaches at MAP in Lugano. In addition to his primary areas of research, he has written papers ancient philosophy, linguistics, computer science, and economic theory.