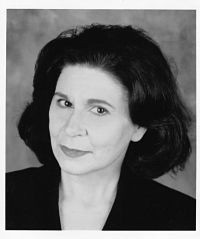 Josephine G. Hendin is Professor of English at New York University. After graduating from the City College of New York, she began her graduate work at Columbia University as a Woodrow Wilson Fellow and completed it as a Columbia University President's Fellow. In addition to teaching modernism and contemporary American literature, she also teaches Italian American Studies and, beginning in 2001, served as Tiro A Segno Professor of Italian American Studies. In addition to publishing numerous critical essays and books, she is the author of a novel, The Right Thing to Do, which won an American Book Award in fiction from the Before Columbus Foundation.

Professor Hendin has received a John Simon Guggenheim Fellowship in Literary Criticism, the Elena Lucrezia Cornaro Award for distinction as an Italian American woman scholar, and The Pietro Di Donato-John Fante Award for Excellence in Literature. Her notable recent essays include "Social Constructions and Aesthetic Achievements: The Innovative Aesthetic of Italian American Art; "Vanzetti's Ghost: The Conscience of American Writers," on the poetry, essays, and fiction opposing the execution of Vanzetti, who became a writer during his long imprisonment, and a study of Don DeLillo's epic novel: "Underworld, Ethnicity and Outsider Art: Reason and Revelation." Josephine Hendin has served as President of the American Italian Historical Association and is currently at work on a study of the transatlantic forces that shaped modern American fiction and a book on current multiethnic American writing and innovative form.

Professor Hendin's critical works include The World of Flannery O'Connor, selected by the American Library Association as a Notable Book of the Year for its "significant contribution to the expansion of knowledge;" Vulnerable People: A View of American Fiction Since 1945, selected by Choice Magazine as one of the outstanding works published by a University Press; and HeartBreakers: Women and Violence in Contemporary Culture and Literature. She is Editor of the Blackwell Concise Companion to Postwar American Literature and Culture. Her literary essays have appeared in Harper's Magazine, Dissent, The New Republic, American Literary History, MELUS, VIA and many other publications. Her reviews have appeared in The New York Times Book Review as well as in academic journals.

Her essays have appeared in anthologies including The Harvard Guide to Contemporary American Writing, and the Modern Language Association's publication, Italian American Literature, Film and Popular Culture, where she focused on teaching experimental ethnic fiction . Her study of Henry James, "The Uses of Italy," discussing The Princess Casamassima and Roderick Hudson, appeared in The Sweetest Impression of Life: The James Family in Italy, edited by Agostino Lombardo and James W. Tuttleton, Her work on V. and Gravity's Rainbow appeared in Harold Bloom's anthology, Thomas Pynchon.