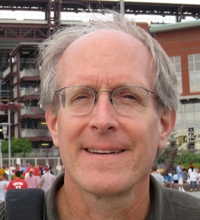 John Richardson (Ph.D., UC Berkeley. Professor of Philosophy, has worked primarily in 19th and 20th century continental philosophy, in particular on Nietzsche and Heidegger. He has a developing interest in 19th century American philosophy, especially in Emerson and his contemporaries.