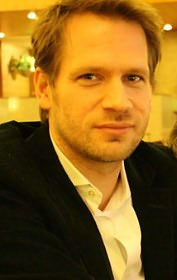 John Freeman, writer and literary critic, was the editor of the literary magazine Granta until 2013, as well as the former president of the National Book Critics Circle. He is an executive editor at the Literary Hub. His writing has appeared in almost 200 English-language publications around the world, including The New York Times Book Review, the Los Angeles Times, The Guardian, and The Wall Street Journal. He is the author of The Tyranny of E-mail: The Four-Thousand-Year Journey to Your Inbox (Scribner, 2009), and, most recently, How to Read a Novelist (FSG, 2013). He is the founding editor of Freeman's, a new biannual literary journal.