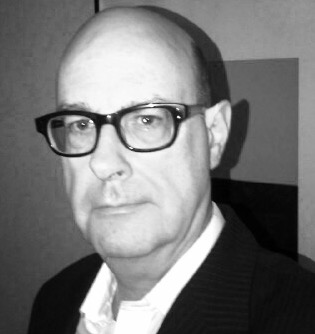 John Michael Archer received his B.A. and M.A. from the University of Toronto in 1982 and 1983, and his Ph.D. from Princeton University in 1988. He has taught courses in early modern English literature and culture, Renaissance drama, and literary and cultural theory at Columbia University, the University of British Columbia, and the University of New Hampshire, as well as at NYU. Professor Archer’s first book, and Intelligence: Spying and Court Culture in the English Renaissance (1993), discusses the portrayal of political surveillance in the works of Montaigne, Marlowe, Bacon and other authors. Old Worlds: Egypt, Southwest Asia, India, and Russia in Early Modern English Writing (2001), extends his interest in knowledge-gathering to the later seventeenth century by analyzing European travel writings and literary works Shakespeare, Milton, and Dryden. In addition, he has co-edited an anthology of critical essays entitled Enclosure Acts (1994), on depictions of sexuality and property during the period. His third monograph is entitled Citizen Shakespeare: Freemen and Aliens in the Language of the Plays (2005). It combines current historiography, philosophical considerations of citizenship, and the close reading of to show how the London citizen and the immigrant city-dweller each figure in the action and verbal texture of Shakespeare’s drama. He has also published an essay on religious thought and the image entitled “Islam and Tamburlaine’s World-picture” in A Companion to the Global Renaissance, ed. Jyotsna Singh (Blackwell, 2009). Other recent interests include sovereignty as a philosophical concept in the drama, biopolitics, and technology.

Professor Archer’s fourth book, Technically Alive: Shakespeare’s Sonnets, appeared in December 2012. It draws on Nietzsche, and Agamben in tracing correspondences between philosophical thought about technology and Shakespeare’s poetics of human and natural productivity.

In recent years he has taught graduate courses on Shakespeare and law, recent approaches to Renaissance drama, and Jacobean tragedy, political and violence. Future courses may consider citizenship in Shakespeare and early modern drama, territory and recent redefinitions of Michel Foucault’s term “biopolitics,” or technology and text in early-modern writing as categories of thought as well as material culture. Professor Archer’s graduate seminars usually depend on a high degree of student involvement, focused either on class reports or student leadership of seminar sessions.