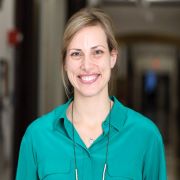 Mann’s first book, Outlaw Rhetoric: Figuring Vernacular Eloquence in Shakespeare’s England (Cornell University Press 2012), argues that the translation of classical rhetoric into the everyday vernacular becomes a means of literary invention in the sixteenth century, turning classical figures of transport and exchange into native stories of fairies and Robin Hood. Her second book, The Trials of Orpheus: Poetry, Science, and the Early Modern Sublime (Princeton University Press 2021), investigates how sixteenth-century writers draw on the Orpheus myth so as to conceptualize the occult power of eloquence, which they understood to be a sublime force that penetrates the body and moves populations into action. She is currently at work on a research project titled "Strange Loops: Infinity, Labyrinth, and Paradox since the Renaissance," which explores problems of self-reference in utopian literature from the Renaissance to the twenty-first century.