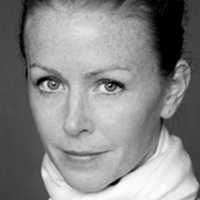 Jean Butler is a leading figure in the world of Irish Dance Performance. Best known as a practitioner in Irish step dance, Butler originated the female principle roles and co- choreographed Riverdance, The Show and Dancing on Dangerous Ground, the later which Anna Kisselgoff of the New York Times reviewed as “channeling Irish step dancing into genuine artistic expression.”

Since 2005, she has been working in a contemporary context as a choreographer and performer making original work with commissions and support from The Abbey Theatre, The Project Arts Center, The Dublin Dance Festival, Jacob’s Pillow Dance Festival, Danspace Project, The Joyce, Baryshnikov Arts Center and most recently The Kennedy Center and Seamus Heaney HomePlace.

Butler holds the position of University College Dublin Dance Artist in Residence and Director of the UCD Irish Dance Scholar Ensemble, Assistant Professor of Irish Studies at Glucksman Ireland House, New York University, and in Spring 2018 will teach at the prestigious Princeton Atelier.

Butler’s work as a choreographer, performer and academic bridges the gap between a culturally specific practice and a contemporary approach to dance making and thought. She is committed to idiosyncratic exploration within traditional form and is dedicated to expanding the canon and perception of Irish Dance Performance.

Irish Cultural Studies including dance, theatre and film, the intersection of traditional and contemporary dance practice, and the role of performance in society