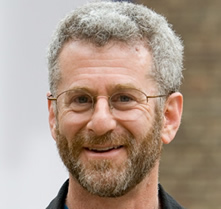 J. DAVID VELLEMAN (Ph.D., Princeton, 1983), Professor Emeritus of Philosophy and Bioethics. Professor Velleman's work in the philosophy of action includes the book Practical Reflection (reprinted 2007, CSLI Publications) and a collection of papers, The Possibility of Practical Reason (open-access second edition 2015, Maize Books). His papers on the collected in Self to Self (Cambridge 2006). His work on the foundations of morality comprises two monographs: How We Get Along (Cambridge 2009) and Foundations for Moral Relativism (open-access second edition 2015, Open Book Publishers). His papers in bioethics are collected in Beyond Price (open-access edition, Open Book Publishers 2015). His book Konrad Morgen: the Conscience of a Nazi Judge (Palgrave Macmillan 2015), co-authored with Herlinde -Studer, is a work of empirical moral psychology using the historical rather than experimental method. Velleman has received fellowships from the National Endowment for the Humanities and the Guggenheim Foundation, and he is a founding co-Editor of Philosophers' Imprint. In 2020 he became Miller Research Professor of Philosophy at Johns Hopkins University.