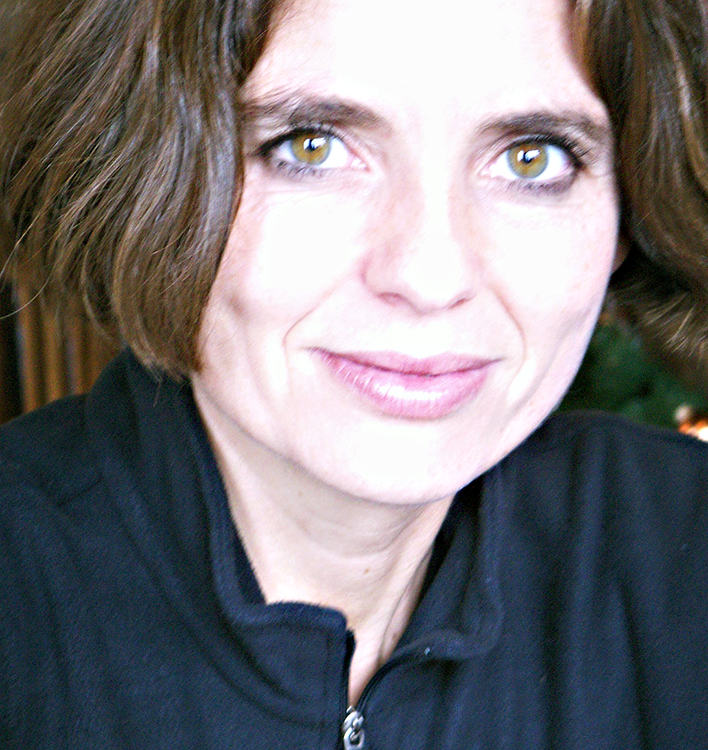 Professor of Spanish and Comparative Literature

Gabriela Basterra works on philosophy and literature as a member of the Comparative Literature and the Spanish Departments, and of the Program in Poetics and Theory. For the academic year 2018-2019, she will serve as the Acting Faculty Director of the NYU Center for the Humanities. Between 2004 and 2010 she was also Director of Program at the Collège International de Philosophie in Paris, where she developed and directed the program “Tragic Autonomy: Interaction between the Ethical and the Political.” Professor Basterra is the author of Seductions of Fate: Tragic Subjectivity, Ethics, Politics (Palgrave Macmillan, 2004) and The Subject of Freedom: Kant, Levinas (Fordham University Press, 2015). She is working on two book projects, Shaping the Void  (on the art of creating emptiness as it produces vessels, concepts, and poems) and Kant in the Maquis’ Backpack (on freedom in Spain’s resistance movements). Basterra has co-edited Quel sujet du politique? (2010), a monographic issue of the Collège International de Philosophie journal Rue Descartes, and her essays on Velázquez, Racine, Kant, Nietzsche, García Lorca, Lacan, Arendt, Levinas, Ricoeur, Antelme, Badiou, and Laclau, have appeared in Diacritics, Philosophy & Social Criticism, Rue Descartes, Journal of Speculative Philosophy, Graduate Faculty Philosophy Journal, Qui Parle, Estudios, Journal of Romance Studies, Anales de la literatura española contemporánea, Theory & Event. Her recent courses at NYU include “The Subject of Freedom,” “What Do We Mean by Subjectivity?” “Poetics and Philosophy,” “Does the World Still Appear to Us?” (co-taught with Mikhail Iampolski), “Necessary Fictions,” “The Poet Shapes the Void,” “Sense-Making,” “Guilt, Desire, and the Law,” “Storytelling as Seduction,” “Is There an Other?” “Ethical and Poetic Address,” “Freedom,” “Being Inspired.”

Is freedom our most essential belonging, the intimate source of self-mastery, an inalienable right? Or is it something foreign, an other that constitutes subjectivity, a challenge to our notion of autonomy? To Basterra, the subjectivity we call free embodies a relationship with an irreducible otherness that at once exceeds it and animates its core. Tracing Kant’s concept of freedom from the Critique of Pure Reason to his practical works, Basterra elaborates his most revolutionary insights by setting them in dialogue with Levinas’s Otherwise than Being. Levinas’s text, she argues, offers a deep critique of Kant that follows the impulse of his thinking to its most promising consequences. The complex concepts of freedom, autonomy, and subjectivity that emerge from this dialogue have the potential to energize today’s ethical and political thinking.

"Basterra's The Subject of Freedom is a beautifully written and ambitious text that probes the implicit ways that what is unconditioned drives the ethical philosophies of both Kant and Levinas. She thinks these two philosophers with and against one another, finding that the point of contact is a point of excess. Her work moves deftly between a reconstruction of their arguments through precise textual analysis and an imaginative juxtaposition that shows that they are each responding to a demand that is radically exterior to their own subjective perspective. This is a brilliant and novel text that allows us to think the philosopher of reason together with the philosopher of relationality and to consider the ethical and political implications of their encounter. This belated and vital encounter is, indeed, a rich one."

“In this important book, Gabriela Basterra reconceives Kant’s conception of practical freedom. On her interpretation, consciousness of the moral law doesn’t simply disclose the subject’s freedom. On a more fundamental level, it constitutes it. Taking Kant at his word when he represents the categorical imperative as a ‘fact of reason,’ Basterra argues that the demand for rational autonomy is a special type of heteronomy. Responsibility turns out to be less a matter of normative bootstrapping than of “substitution” in Levinas’s sense of finding oneself obliged by another. This fascinating interpretation completely changes our conception of what it means, for Kant, to orient oneself in the world.”

Engaging with a wide variety of literary, philosophical and psychoanalytic texts (from Aeschylus to Racine and Lorca, from Aristotle to Kant, from Hegel and Freud to Lacan and Levinas), Seductions of Fate argues that tragedy shapes our subjectivity. We, modern subjects, constitute ourselves on new versions of destiny, such as “power,” the law or the past. Though this tragic self-representation seems to contradict modern rationality, it allows the self to protect its freedom from the ethical experience that would put it into question. Autonomy and freedom are thus enabled by the very victimization they claim to overcome. Hence the paradox of our tragic subjectivity: we represent ourselves as victims in order to preserve our autonomy. What is it we fear so much as to prefer to become tragic subjects? What is it we evade by resorting to tragic death? It is daring to decide what our duty is beyond legitimizing social rules. It is acting without guarantee, expanding the political beyond institutions and laws. When facing this terrifying emptiness, this endless responsibility, the death that reaffirms our position in the social symbolic order comes as a relief. This radical ethical experience-which is here traced in Kant's ethics, Lacan's psychoanalysis and Levinas's ethical subjectivity-constitutes the subject as other than itself. Focusing primarily on this gap within the self, which compels the self to act on an unconditional but impossible address, this book opens a new perspective on the rapport between ethics and politics.

“Basterra's thesis - that tragedy structures modern subjectivity - is amply and originally demonstrated here. The range of texts she brings to the fore is unprecedented in its cultural breadth and illuminating force. Written with erudition in both philosophy and literature, this book is impressive, moving, serious, passionate and important.”

“In an exploration of an exceptional intellectual rigour and intertextual complexity Gabriela Basterra draws, in this book, a most insightful and fascinating picture of the tragic destiny of modern subjectivity. There can be little doubt that Seductions of Fate will be seen as one of the great theoretical interventions of the last ten years.”