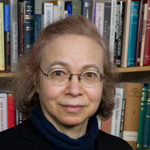 Frances M. Kamm is Professor Emerita of Philosophy at New York University, Lucius Littauer Professor of Philosophy and Public Policy Emerita at the Harvard Kennedy School, and currently the Henry Rutgers University Professor of Philosophy and Distinguished Professor of Philosophy, Department of Philosophy, Rutgers University. She is the author of Creation and Abortion; Morality, Mortality, Vol. 1: Death and Whom to Save From It; Morality, Mortality, Vol. 2: Rights, Duties, and Status; Intricate Ethics: Rights, Responsibilities, and Permissible Harm; Ethics for Enemies: Terror, Torture, and War; and The Moral Target: Aiming at Right Conduct in War and Other Conflicts. Her most recent book is Bioethical Prescriptions, published in 2013 by Oxford University Press. Kamm also has published many articles on normative ethical theory and practical ethics. She has held ACLS, AAUW, NEH, and Guggenheim fellowships and has been a Fellow of the Program in Ethics and the Professions at the Kennedy School, the Center for Human Values at Princeton, and the Center for Advanced Study at Stanford. She is a member of the editorial boards of Philosophy & Public Affairs, Legal Theory, Bioethics, and Utilitas, was a consultant on ethics to the World Health Organization, and is a member of the American Academy of Arts and Sciences.