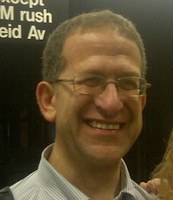 Professor Levene's primary interests are in Latin prose literature (especially historiography and rhetoric), Roman religion, and the history of the Roman Republic. Before coming to NYU he taught at Oxford, Durham, and Leeds; among his awards are a Leverhulme Trust Major Research Fellowship (2004-2006), a Visiting Fellowship at All Souls College, Oxford (2013), and the R.D. Milns Visiting Professorship at the University of Queensland (2015). He has written two books on Livy: Religion in Livy (Leiden, 1993), and Livy on the Hannibalic War (Oxford, 2010); his current major project is an edition with commentary of Livy's fragments and epitome.  He has also published on Tacitus, Cicero, Sallust, Polybius, Pompeius Trogus, and Latin panegyric; his other current projects include studies of Quintilian and Cornelius Nepos. He has edited the Oxford World's Classics edition of Tacitus' Histories and co-edited (with Damien Nelis) Clio and the Poets: Augustan Poetry and the Traditions of Ancient Historiography (Leiden, 2002). Other interests include ancient Judaism, and the reception of the ancient world in 19th century literature and the 20th century cinema; he has written and taught on all of these.