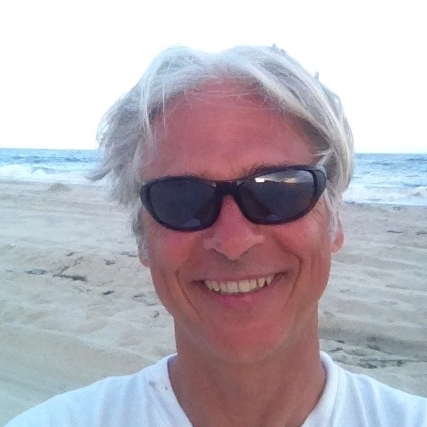 Dale Jamieson is Professor of Environmental Studies and Philosophy; Affiliated Professor of Law; Affiliated Professor of Medical Ethics, School of Medicine; Associated Faculty, Center for Bioethics, College of Global Public Health; and Director of the Center for Environmental and Animal Protection at  New York University.  He has held visiting appointments at the National Center for Atmospheric Research, Cornell, Princeton, Stanford, Oregon, Arizona State, Oxford University and Kings College London in the UK, Monash University and the University of the Sunshine Coast in Australia, and LUISS University in Italy.  He is also a former member of the School of Social Sciences at the Institute for Advanced Study in Princeton.  In 2017 he was Zurich Distinguished Visitor on Climate Change at the Bren School of Environmental Science and Management at the University of California at Santa Barbara.  In 2016 he was awarded the Association of Environmental Studies and Sciences William R. Freudenburg Lifetime Achievement Award.

Jamieson is the author of Reason in a Dark Time: Why the Struggle to Stop Climate Change Failed--and What It Means For Our Future (Oxford, 2014), Ethics and the Environment: An Introduction (Cambridge, 2008), Morality's Progress: Essays on Humans, Other Animals, and the Rest of Nature (Oxford, 2002), and most recently, Discerning Experts:  The Practices of Scientific Assessment for Environmental Policy (Chicago, 2019),co-authored with Michael Oppenheimer, Naomi Oreskes and others.  He is also the co-author of Love in the Anthropocene (OR, 2015), a collection of short stories and essays written with the novelist, Bonnie Nadzam, and the editor or co-editor of nine books, most recently, Environment and Society: A Reader (NYU, 2017).

Jamieson has published more than one hundred articles and book chapters, is on the editorial boards of several journals, and his research has been funded by the National Science Foundation, the US Environmental Protection Agency, the National Endowment for the Humanities, the Office of Global Programs in the National Atmospheric and Aeronautics Administration, as well as private foundations.

Jamieson regularly teaches courses in Environmental Studies, Philosophy, and Law.  His recent work concerns the nature and uses of love, political theory for the anthropocene, the prospects for progressive consequentialism, and the various complex relationships between environmental and animal protection, especially in relation to food and conservation.

Climate Justice in the Age of Trump 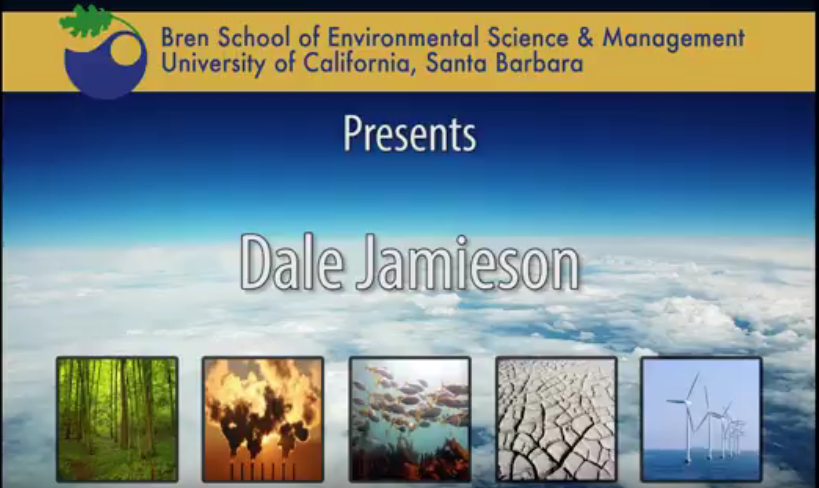 Interview with Dale Jamieson on the Anthropocene a 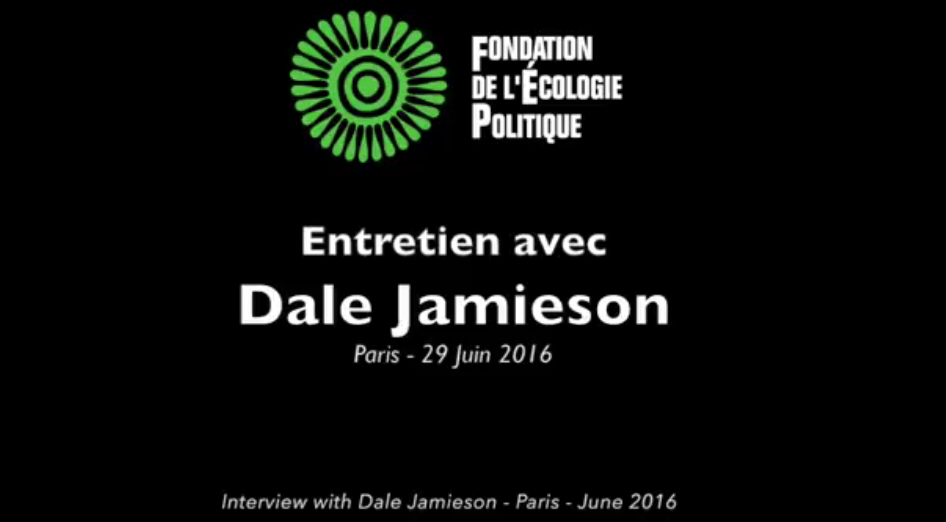