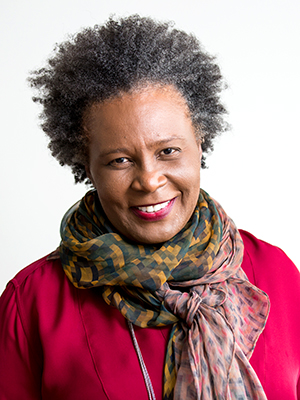 Claudia Rankine is a recipient of the 2016 MacArthur Fellowship, and the author of six collections including Citizen: An American Lyric and Don’t Let Me Be Lonely; three plays including HELP, which premiered in March of 2020 at The Shed, NYC, and The White Card, and the editor of several anthologies including The Racial Imaginary: Writers on Race in the Life of the Mind. She also co-produces a video series, “The Situation,” alongside John Lucas, and is the founder of the Open Letter Project: Race and the Creative Imagination. In 2016, she co-founded The Racial Imaginary Institute (TRII). In addition to the MacArthur, her numerous awards and honors include the Forward Prize, the National Book Critics Circle Award for Poetry, a Guggenheim Fellowship, and fellowships from the Lannan Foundation and the National Endowment of the Arts. Her most recent book is Just Us: An American Conversation (Graywolf, 2020). A Chancellor of the Academy of American Poets, Claudia Rankine will join the NYU Creative Writing Program as a tenured Professor in Fall 2021.