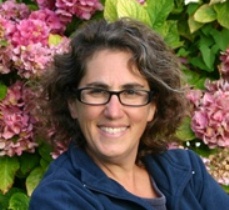 My book Collective Terms: Race, Culture, and Community in a State-Planned City in France was recently published by Berghahn Books. The book is largely an ethnographic study of a multi-ethnic neighborhood in a state-planned New Town, or ville nouvelle, located on the outskirts of Paris, where I examine how residents interpret their differences of race, class, and cultural orientation as they define and put into practice their commonly held collective life. Conceived in the 1960s, the villes nouvelles were imagined as ideal communities that would serve as correctives to the social and economic problems then starting to plague the hastily-built suburban housing projects erected after the War. Like many French banlieue, however, the neighborhood where I focused my work is now the site of a constellation of social problems, and the villes nouvelles now considered no better than the suburbs that preceded them. By looking at various institutional poles within the city such as work (or the lack thereof), housing, education, and civics, I aim in this book to consider the more abstract social principles such as the limits of community, race and historical memory, social class and so on that shape contemporary debates around immigration and integration in France. I continue to work on questions relating to the French banlieue, and more broadly am interested in thinking comparatively across the French and American contexts as a way of working through problems relating to race and notions of diversity. At NYU-Paris I am committed to developing opportunities for students to deepen their knowledge and experience of France and French life, and in particular to explore places and ideas that might not immediately meet the eye. I am also passionate about ethnographic films and filmmaking and the questions raised by the encounter between multiple ways of seeing and representing the world, a long-standing interest that I hope, with time, we can build into our program at NYU-Paris.