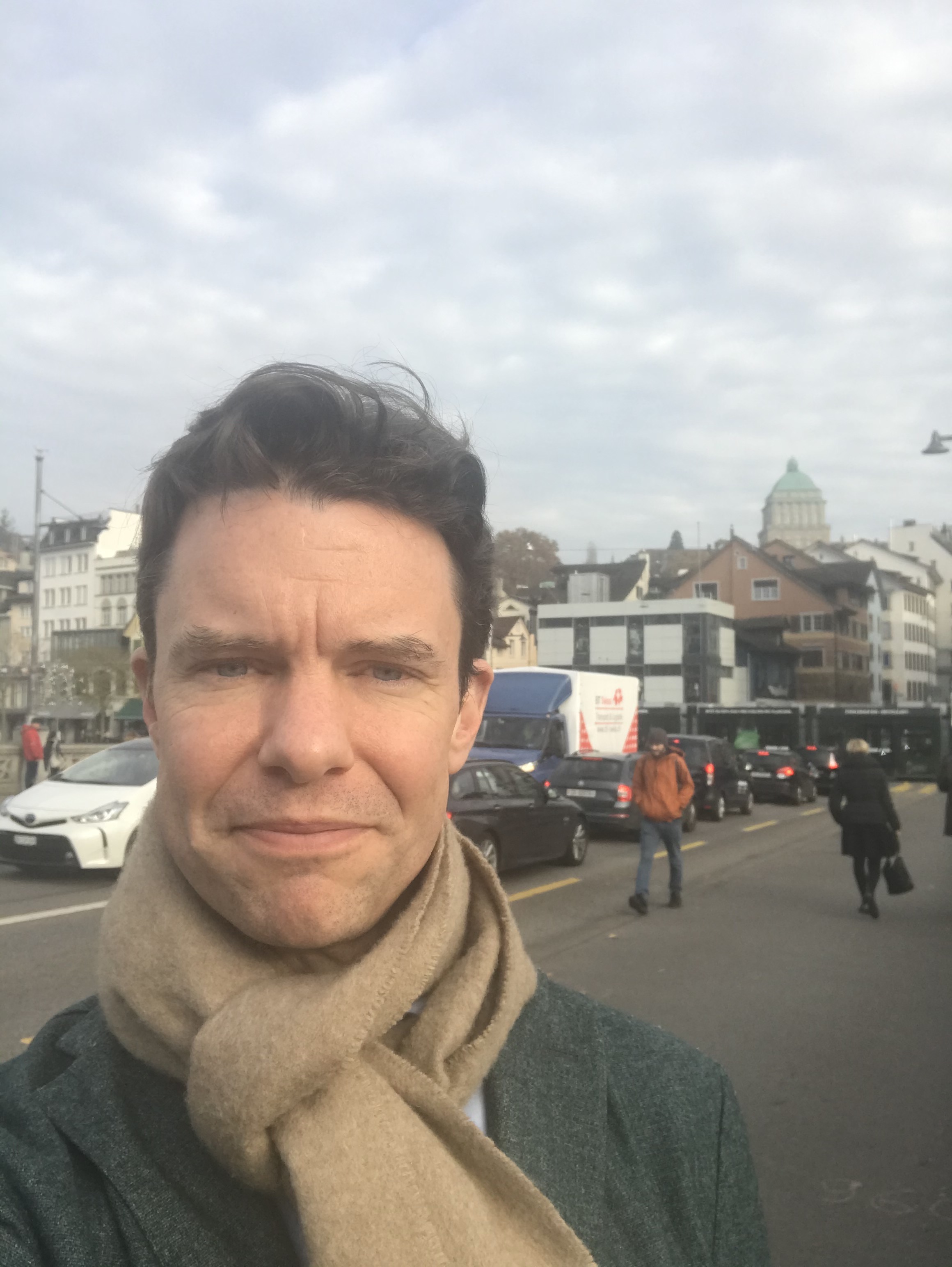 I work on the history of Greek and Roman legal, political and moral thought.  This includes an interest in the relationship between normative ideas and institutions, and in the extraordinary historical influence of Greek and Roman ideas on early modern political philosophy.  I am also Alberico Gentili Senior Fellow at NYU Law School and have been the recipient of grants from the Swiss National Science Foundation and the European Research Council.

In my first book, Roman Law in the State of Nature: The Classical Foundations of Hugo Grotius’ Natural Law (Cambridge University Press, 2015), I sought to figure out how important certain classical ideas and arguments were in the development of natural law, natural rights and international law in the early Enlightenment, concluding that Roman moral and legal thought were in fact crucial.  The 17th century legal thinker Hugo Grotius, along with other natural lawyers and some exponents of the Scottish Enlightenment, had drawn very extensively on Roman law and ethics in their attempt to construct and justify a secular, universal normative order.

In my second book, Crisis and Constitutionalism: Roman Political Thought from the Fall of the Republic to the Age of Revolution (Oxford University Press, 2016), I tried to give an account of one of the most important legacies of Roman political thought, the idea of a normative constitution.  Constitutionalism was developed, I argue, as an answer to the collapse of the Roman Republic.  It could build on an inchoate constitutionalism already implicit in the Roman republican order and its highly legalized political negotiations, and it was further developed and theorized by Polybius and Cicero.  The idea of a normative order based on rules and institutions that are themselves insulated from the political process and rest on a substantive normative justification—this idea resonated with many early modern political thinkers who sought constitutional remedies to problems of political order: Jean Bodin, Thomas Hobbes, John Locke, the Commonwealthmen, Montesquieu, and some of the American Founders.

With Clifford Ando (Chicago) and Mirko Canevaro (Edinburgh) I edit the first volume, The Ancient World, of the five-volume Cambridge History of Rights.  I also co-edit, with Nehal Bhuta (EUI) and Anthony Pagden (UCLA) the book series History and Theory of International Law for Oxford University Press.  Currently I am working on a five-year project hosted by the University of Zurich (Switzerland) on “The Just City: The Ciceronian Conception of Justice and Its Reception in the Western Tradition.”  The project is supported by an ERC Consolidator Grant (864309) and will focus on one of the most innovative, and historically most influential, contributions to the Western debate about justice, a contribution that grew out of Cicero’s philosophical works and Roman legal ideas.

Greek and Roman political and legal thought; long-term history of moral, political, and legal philosophy; history of the classical tradition; Roman law and its reception

Alberico Gentili, The Wars of the Romans: A Critical Edition and Translation of De armis Romanis (ed. with B. Kingsbury, trans. David Lupher)

The Roman Foundations of the Law of Nations: Alberico Gentili and the Justice of Empire (ed. with B. Kingsbury)

“Thucydides, Hobbes, and the Melian Dialogue,” in A. Peters, M. Somos (eds.), The State of Nature: Histories of an Idea. Leiden: Brill Publishers.

“Leaving the State of Nature: Polybius on Resentment and the Emergence of Morals and Political Order,” Polis: The Journal for Ancient Greek and Roman Political Thought 37.

“‘The Laws are in Charge of the Magistrates’: Reply to Edelstein, Sullivan and Springborg,” Global Intellectual History.

“The Rule of Law: Sociology or Normative Theory? An Afterword to Martti Koskenniemi’s Foreword,” European Journal of International Law 30, 4.

“The Energy of Concepts: For a Fregean History of Conceptual and Historical Change,” Journal of the Philosophy of History.

“The Roman Republic as a Constitutional Order from the Principate to the Renaissance,” in W. Velema, A. Weststeijn (eds.), Republics and the Classical Past, 1500-1800. Metaforms. Studies in the Reception of Classical Antiquity, Leiden: Brill Publishers.