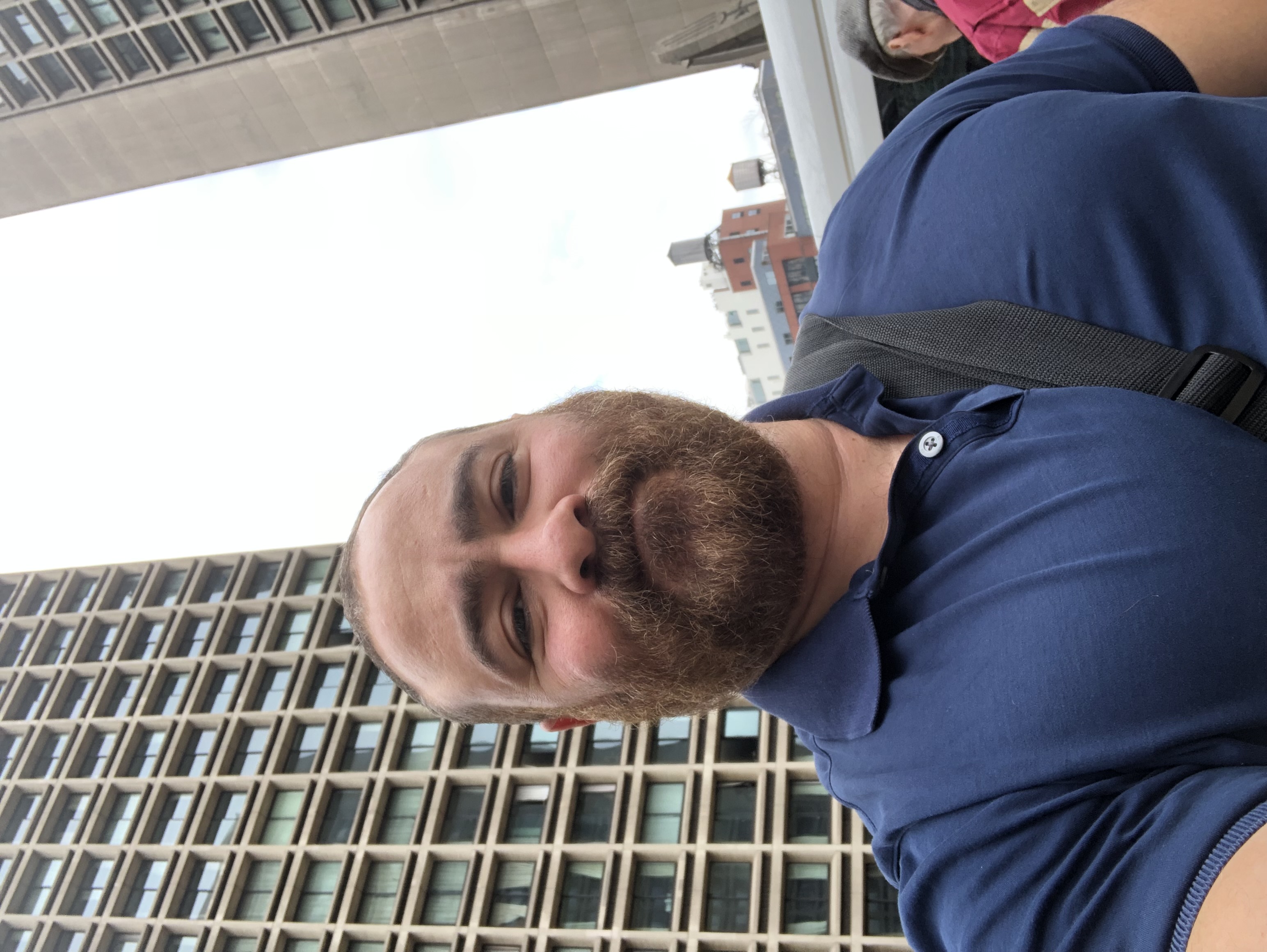 Ph.D. University of California, Berkeley, History of Art (May, 2006)

B.A. Yale University, major in History of Art, minor in Comparative Literature (May, 1996)

College of Professors, PhD Program in History, Culture, and Theory of Society and Institutions, Department of History, University of Milan, beginning Jan 2019.

Graham Foundation for Advanced Studies in the Fine Arts, 2015.

Walter B. Erlich Prize in the History of Art, Yale University, 1996

Advanced Placement Scholar of the National Board, with Distinction, 1992-1996

NYU Center for the Humanities Grant-in-Aid, Book Subvention, 2018 (for Against the Avant-

NYU Center for the Humanities Book Subvention, 2014 (for Giorgio de Chirico and the

Provostial Grant in the Arts and Humanities, Harvard University, 2008

The Mimesis of the Gaze: Shared Vision and Intersubjectivity in Modernist Painting.  In progress.

Blueprints and Ruins: The Architectonic Afterlifes of Giorgio de Chirico.  Under advanced contract with Yale

Against the Avant-Garde: Pier Paolo Pasolini, Contemporary Art and Neocapitalism, 1960-75.

CAA reviews: A Publication of the College Art Association, April 27, 2018

Gramsci’s Circle of Humanity and Armenia, co-authored with Smbat Hovhannisyan and Narek Mkrtchyan,

Figurative Fulminations: Pier Paolo Pasolini on Art and its Histories.  Co-edited with Alessandro

“Pasolini's Third World between Africa and America: Race, Class, and the Analogical

Imagination,” under review with Critical Inquiry.

“Surrealism in a ‘Second-hand Skirt’: Dorothea Tanning’s (Femme) Fatala and the Roman

“Who Sees?: Painting, Free Indirect Style, and the ‘Mimesis of the Gaze,’” Qui Parle: Critical

“Manifestations of the Novel: Genealogy and the Sculptural Imperative in F.T. Marinetti’s Mafarka le

“‘An Applied Physiology’: Italian Modernism, Nietzschean Philosophy, and the Sexual Economy of

“A Future by Design: Giacomo Balla and the Domestication of Transcendence,” Oxford Art Journal, vol.

“Discipline and Ridicule: Giorgio de Chirico, Le Corbusier, and the Objects of Architecture in Interwar

“From the Bottom of a Bag: Jean Cocteau’s Cul-de-Sac Criticism and the ‘Indirect Essay,’” Getty

“Untimely Objects: Giorgio de Chirico’s The Evil Genius of a King,  between the Antediluvian and the

“Gender, Historiography, and the Interpretation of Fascism: An Interview with Luisa Passerini,” in qui

ARTICLES in PROGRESS for PEER-REVIEWED PUBLICATIONS

Face of Fascist Time,” for submission to Oxford Art Journal.

“Digestive Vessel: Arshile Gorky’s Nighttime, Enigma and Nostalgia Series and the Ontology of

“At the Same Time: Toward and Ethics and Aesthetics of (In)Visibility,” for submission to Critical Inquiry.

Articles in Other Publications

“Everything is about to Begin: Pier Paolo Pasolini in New York, a Half Century Later,” Art in America,

“A Lost Manuscript on (and by?) de Chirico: Origins, Authorship, Implications,” Metafisica, Journal of

“Howls from the Left: Pier Paolo Pasolini, Allen Ginsberg, and the Legacies of Beat America,”

“Purity and Putrefaction: Salvador Dalí’s Apparatus and Hand (1927)” in Modernism and the

“Modernist Painting in and around Paris: The City as Site, Subject, and Structure,

“A Screen for Projection: Ricciotto Canudo’s Exponential Aesthetics and the Parisian Avant-Gardes,” in

“Middlebrow Modernism: Rudolf Arnheim at the Crossroads of Film Theory and the Psychology of Art”

“Notes on The Names Project,” Art after Stonewall, Columbus Museum of Art/Grey Art

“Bloody News from Friends: The Thickened Cinema of Yervant Gianikian and Angela Ricci Lucchi,” in

“Travesties, Transcodings, and Translations: or, The Emperor Wears Many Clothes,” Virtuoso Illusion:

“Night on the Acropolis: from Giorgio de Chirico’s Monsieur Dudron,” The Brooklyn Rail,

“Armenia,” by Antonio Gramsci (1916), translated from the Italian, in Gramci’s Circle of Humanity and

“Futurism” [“El futurisme”] by Gabriel Alomar (1904), translated from the Catalan, in Modernism/Modernity,

“Total/Eclipse,” review of Grand Illusion: The Third Reich, the Paris Exposition, and the Cultural

Inventing Futurism: The Art and Politics of Artificial Optimism, by Christine Poggi (Princeton

From a High Place: A Life of Arshile Gorky, by Matthew Spender, Ararat Magazine, Fall 2000.

“Light as a New Plastic Medium: László Moholy-Nagy at the Guggenheim,” Moholy Nagy,

Forever Now: Contemporary Painting in an Atemporal World, frieze, May 16, 2015.

Robert Gober: The Heart is not a Metaphor, Museum of Modern Art, New York, frieze.  December 2014.

“Futurism in the United States,” in Handbook of International Futurism, co-authored with Nicola Lucchi,

Art, Politics, and the Crisis of Humanism: The 1960s.  Freshman seminar. Co-taught with Prof. Stefanos

Theories of the Neo-Avant-Garde: Painting and Anti-painting in the 1960s.  Graduate Seminar.

Fascism and Anti-Fascism in European Art and Architecture, 1914-1968.  Undergraduate lecture.

The City and Surrealism.  Graduate seminar.

Modern Art and the City: Painting, Architecture, and the European Avant-Gardes, 1910-1945.

Architecture and its Representations.  Undergraduate seminar.

conference examined the consequence of the year’s events upon the visual (and, in many contexts, increasingly dematerialized) arts in Europe and the United States.

Mystery and Truth of Pasolini’s ‘Bodies and Places’.  Roundtable discussion on the English

Curating the Contemporary.  Panel discussion on contemporary curatorial practice in Italy, part of the series

The Future in Five (?) Senses: Echoes of Italian Futurism in New York Architecture and Design. In

The Measure of a Century: Futurism at 100. Co-organized with Claudio Fogu and Lucia Re, at the Minda de

international conference on the centenary of Italian Futurism, featuring presentations by leading scholars in the field, artistic interventions, and film program at the Harvard Film Archive.

War: An International Conference, Center for Italian Studies at the University of Pennsylvania, April 24-25, 2014.

“The End of the Avant-Garde,” Pasolini Roundtable, Discussion of three new books with their authors: Davide

“At the Same Time: Toward and Ethics and Aesthetics of (In)Visibility,” Rhode Island School of Design,

“At the Same Time: Toward and Ethics and Aesthetics of (In)Visibility,” Carleton University, Ottawa,

“The Expanded Topography of Pasolini's Third World between Africa and America,”

“At the Same Time: Toward and Ethics and Aesthetics of (In)Visibility,” Visual Culture in and out of Crisis,

“The Written Language of the Body: Pier Paolo Pasolini, Performance Art, and the Neocapitalist 1970s,”

“A Wider Circle of Humanity?: Antonio Gramsci, the Armenian Genocide, and Cultural

“Circa 1914: The Parisian Avant-Garde in the Wake of the Great War,” with responses by

“Toward a Theory of Free and Indirect Painting,” Rewald seminars, Department of Art History, CUNY

“Apostles of Mud: Pasolini’s Realism between Neorealism and Neo-Avant-Garde,” Realism is a Flower,

“Dialectics at a Standstill,” Toward and Since the Second Republic, Museo Nacional Centro de Arte

“Guile and Tyrrany,” Surrealism and Non-Normative Sexualities, The Radcliffe Institute for Advanced Study

“‘Nulle sine narratione ars’: Giorgio de Chirico and the Writing of Modernism,” The Cortona Forum on

“Between Matter and Make-believe: The Futurist Reconstruction of the Universe,” MIT, Department of

“To Mediterraneanize Painting: Giorgio de Chirico, Nietzsche, and ‘The South at Any Cost,’” The

“An Applied Physiology: Futurism, Giorgio de Chirico, and the Sex of Style,” The Measure of a Century:

the Sculptural Imagination,” Violence in Italian History and Culture, The California Interdisciplinary

The World Inside Out and Upside Down, Crossing Cultures: Conflict, Migration, Convergence, 32nd

Congress of the International Committee of the History of Art (CIHA), University of Melbourne, Victoria, Australia, January 13-18, 2008.

Kristin Szostek, “Ideals for sale: The Intersection of the Marketplace and Character in Italian

JuWon Park, Music and Image in Bruce Conner’s A Movie as a Meta-Cinema (M.A. thesis, primary

Pieter Vanhove, “‘Conceptions of the World’: Universalities in Literature and Art After Bandung,” (PhD

Jonathan Mullins, “The Everyday Timings of Resistance: The Ephemeral Media of Radical

Kimberly Ziegler, “Instrumentalizing Naples: The Intersection of Futurism and Neapolitan Culture in

Lori Cole, “What is the Avant-Garde?  Questionnaires as Community in Print” (PhD thesis, Dept. of Comparative

Interviewed for “Looking Back at Tomorrow,” Broadcast on how styles of architecture have

Interviewed for television documentary, “And What Shall I Love if not the Enigma,” documentary on Giorgio

interdisciplinary humanities journal published at the University of California, Berkeley. 1999-