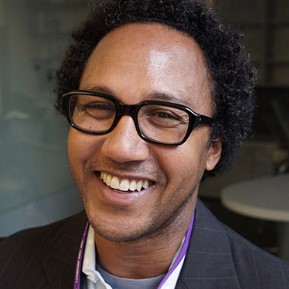 I study how brains store experiences as memories, and how the expression of knowledge activates information that is relevant without activating what is irrelevant. My laboratory uses molecular, electrophysiological, behavioral, engineering, and theoretical methods to investigate these fundamental and interrelated issues in neuroscience.

In work with Todd Sacktor's laboratory, we identified protein kinase M zeta (PKMzeta) as a key molecular component of long term memory. PKMζ is a persistently active kinase that maintains enhanced electrical communication at the synapses between neurons. We discovered PKMζ's role in long-term memory storage by infusing ZIP, a selective inhibitor of PKMζ, into specific brain areas. Long-term memory for a particular place was erased after infusing ZIP into hippocampus a day, even a month after rats learned a place avoidance task. Importantly, ZIP did not alter baseline synaptic activity nor did it impair the rat's ability to relearn and remember the same information if it was retrained after the erasure. Subsequent work has shown that PKMζ is involved in memory storage in many parts of the brain. Our initial work on PKMζ and memory was selected as one of the ten "Breakthroughs of the Year 2006" by the editors of Science, and received substantial attention in the popular media, including the New York Times. We are continuing to study PKMζ's role in the synaptic organization of memory and in maintaining memory-related brain activity.

Neural coordination
We are investigating the role of the hippocampus in controlling how we choose relevant information to process, by studying the interaction of memories and neural activity in signaling information from multiple spatial frames. While rats and mice solve problems that require using relevant information and ignoring distractions, we make recordings from multiple sites and use computational tools to decode information from these recordings about cognitive variables like current location, memory, attention, and cognitive control. Evidence from this work suggests that neural activity is exquisitely coordinated on multiple time scales from milliseconds to minutes, so that neurons that represent the same information discharge together in time, but are desynchronized when representing conflicting information. We are studying specific disturbances of this neural coordination in rat and mouse models of schizophrenia, intellectual disability, autism, depression, epilepsy, and traumatic brain injury.

Recording electrical brain activity
We have developed an inexpensive, miniature, wireless digital device for recording electrical brain activity from rats that have spontaneous seizures and abnormalities of neural coordination. By making recordings that last days to weeks, we can characterize abnormalities in the coordinated electrical activity that leads up to seizures. Our goal is to learn whether this activity underlies cognitive impairments, and whether behavioral and pharmacological interventions can attenuate the neural and cognitive abnormalities. Together with business and engineering partners, we have developed our brain-recording technology for medical applications.