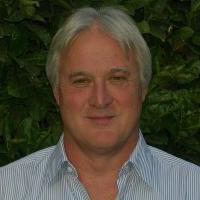 Barchiesi (son of another Latinist, Marino Barchiesi) works mainly on Roman poetry and on narrative texts. His research typically combines close reading in the tradition of Classical philology with approaches deriving from a dialogue with modern literary theory. He is also interested in the interaction of literary texts and other forms of cultural production (art, documents, maps, inscriptions, monuments).

Some of his previous work, especially on Virgil, Horace, and Ovid, concerns literary allusion in narrative texts (La Traccia del Modello, Pisa 1984, adapted as Homeric Effects in Vergilian Narrative, Princeton UP 2015); self-reflexivity (Speaking Volumes, London 2001);  poetry and politics in Ovid’s Fasti and Metamorphoses (The Poet and the Prince, Berkeley 1997; Phaethon and the Monsters, 2010), time and performance in Horace’s lyric and Epodes (papers in the Cambridge Companions to Horace and to Greek Lyric; papers in Oxford Readings on Horace’s Odes and on Horace’s Epodes); the relationship of art and poetry in Augustan culture (papers in Cambridge Companions to Vergil and to the Augustan Age); allusions to Simonides in Horace, allusions to Callimachus in Roman poetry (paper in Brill’s Companion to Callimachus), Ovid’s version of pastoral poetry (in Brill’s Companion to Ancient Pastoral), intertextuality in Petronius and in Apuleius (paper in Oxford Readings on the Roman Novel, and others); the poetics of Roman Imperial epic; and the theory and practice of genre in antiquity and in modern literary criticism, and narratology (chapters in the Cambridge Companions to Virgil and to Ovid).

Recent projects include a book on Virgil and Italy (The War for Italia, a California UP book based on the 2011 Sather Lectures), a new edition in English of the multi-authored Italian commentary on Ovid’s Metamorphoses for which he serves as a general editor (under contract for Cambridge UP), and work on space and poetics in the Aeneid (a first part of this project is now out in V. Rimell & M. Asper (eds), Imagining Empire, Heidelberg 2017).

In Fall 2021 I am teaching a graduate seminar called 'Roman Geopoetics', and Roman Satire as advanced Latin.

My latest book-length publication is 'Ritorni difficili', Rome 2020, written in tandem with Barbara Graziosi: my essay is titled 'Il provinciale. Apuleio, Roma, e il romanzo'. 2022 is the publication date (Cambridge UP) of the multi-authored commentary on Ovid's Metamorphoses I am editing, with contributions by G. Rosati, J. Reed, P. Hardie and the late E.J. Kenney. Currently I am working on a book project titled Apuleius the Provincial (under contract at Princeton UP) and on my long overdue Sather Lectures book (The war for Italia). Most of my publications are accessible from my academia.edu website.

My lectures and papers this year are still (unfortunately) remote. I gave a paper on Aeneas in Naevius at the Renaissance Society of America last March, and one on Claudian and the underworld at the Liceo Classico of Arezzo in May; more recently two related talks, 'Trojan hunters in Latium' at the Symposium Cumanum on May 28, and 'Mountains in the Aeneid', at a conference on Virgil and Space at Amherst (October 15); my next speaking engagement is a lecture 'at' Aberdeen (November 23), 'Doomscrolling at Segesta. An Allusion to Lycophron in Virgil's Aeneid'.

I am continuing my activity as editor of Studi Italiani di Filologia Classica (Florence), and board member of the Fondazione Valla (Rome) and the Fondation Hardt (Geneva).