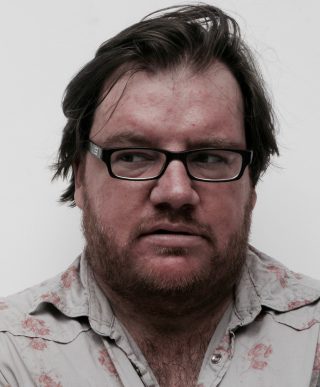 Sinan Antoon’s teaching and research interests lie in pre-modern and modern Arabic literature and contemporary Arab culture and politics. His scholarly works include The Poetics of the Obscene: Ibn al-Hajjaj and Sukhf (Palgrave-Macmillan, 2014) and numerous essays on the poetry of Mahmoud Darwish, Sargon Boulus, and on contemporary Iraqi culture. His essays and creative writings in Arabic have appeared in major journals and publications in the Arab world and on Aljazeera.net and in The New York Times, The Nation, Middle East Report, Journal of Palestine Studies, Journal of Arabic Literature, The Massachusetts Review, World Literature Today, Ploughshares, and Washington Square Journal. He is a member of the Editorial Review Board of the Arab Studies Journal and co-founder and co-editor of Jadaliyya.   He has published two collections of poetry in Arabic and one collection in English: The Baghdad Blues (Harbor Mountain Press, 2007). His first novel I`jaam: An Iraqi Rhapsody (City Lights, 2007) appears in German, Portuguese, Norwegian, and Italian editions. He translated his second novel, Wahdaha Shajarat al-Rumman (Beirut, 2010), into English as The Corpse Washer for Yale University Press in 2013 and the work was recognized with a 2014 Saif Ghobash Banipal Prize for translation, was longlisted for the 2014 Independent Foreign Fiction Prize for best translated fiction, and won the 2017 Arab Literature Prize. His third novel Ya Maryam (Dar al-Jamal, 2012), whose Spanish edition Fragmentos de Bagdad was translated by Maria Luz Commedado, was released from Turner Libros in 2014. His translations from the Arabic include Mahmoud Darwish’s In the Presence of Absence (Archipelago, 2011) and a selection of Iraqi poet Saadi Youssef’s late work, Nostalgia; My Enemy (Graywolf, 2012).   Antoon returned to his native Baghdad in 2003 as a member of InCounter Productions to co-direct a documentary, About Baghdad, about the lives of Iraqis in a post-Saddam-occupied Iraq. He was a 2009 postdoctoral fellow at the EUME Program at the Wissenschaftskolleg zu Berlin and a 2013 fellow of the American Academy in Berlin. In 2014, Antoon was the Distinguished Visiting Creative Writer at the American University in Cairo.