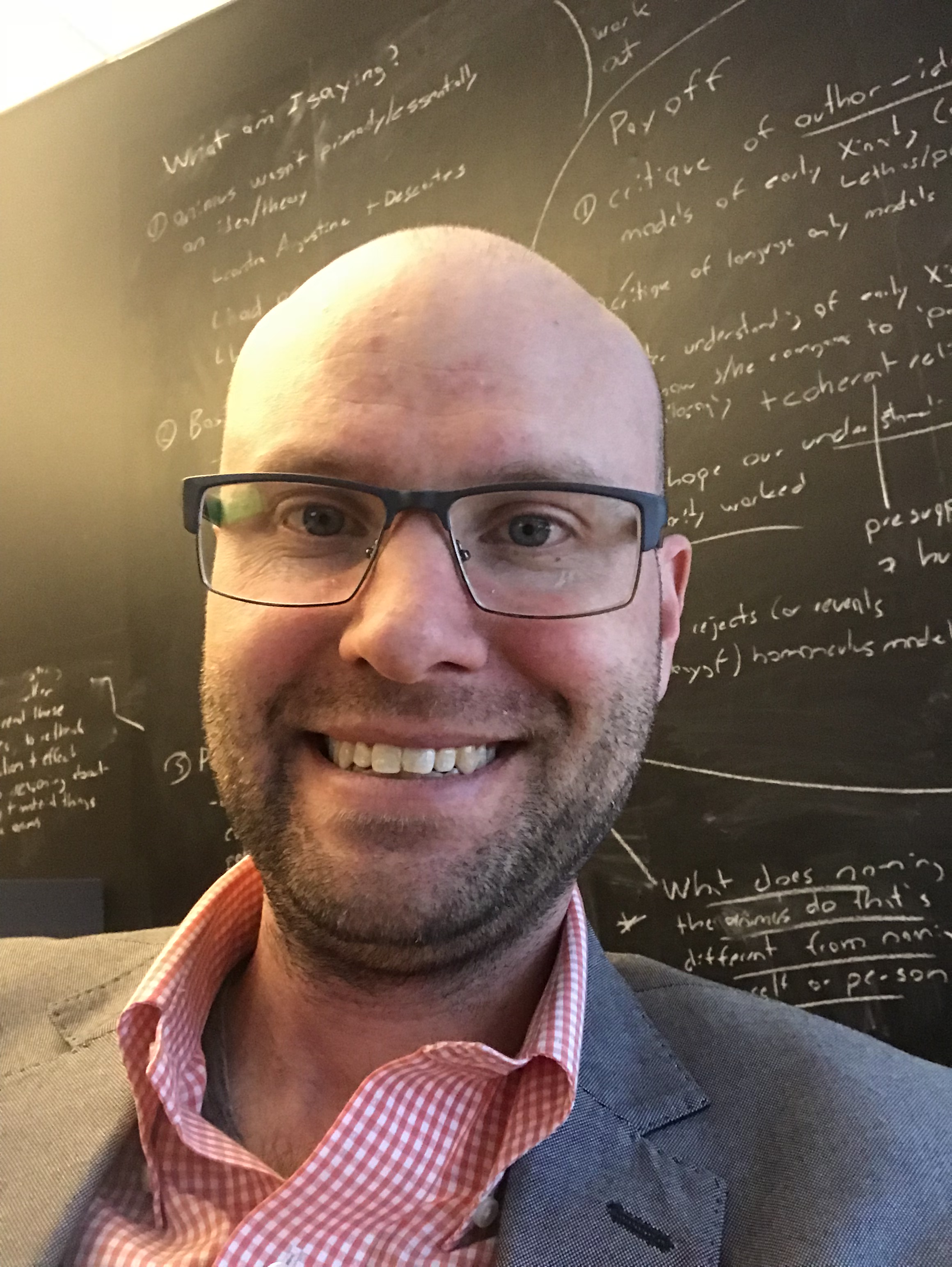 Phillip Webster’s research and teaching draw from a wide range of theoretical perspectives (including those inspired by Foucault’s work, “New Materialism,” Feminist, Transgender, and Queer Theory, and Science and Technology Studies) to consider the nature and practice of early forms of Christianity and Judaism. He is also particularly interested in examining how modern assumptions about the nature of history, ontology, race, and religion have affected the study of early Christianity and ancient Judaism.

His book project considers how ancient Greek, Roman, and Christian bodies included an “extra” body part (one that moderns don’t have): the psukhē. The book theorizes how that body part was felt and used in order to contribute to wider conversations in the field of Religious Studies about the ontology of ostensibly “supernatural” things and beings.

His teaching has included courses on Technologies of Religious Experience, Theories of Embodiment, Jesus and Judaism, Judaism Under Greek and Roman Imperialisms, the Talmud on Being Human, the New Testament and the History of Reading, and on Paul and the Theo-Politics of Modern Citizenship.