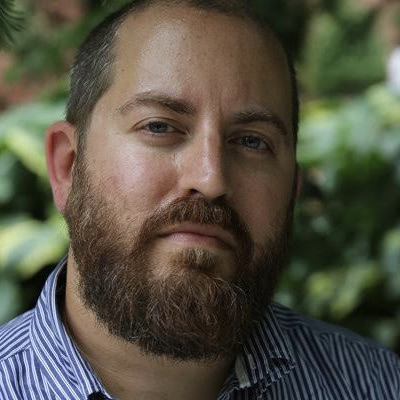 Jess Row is a novelist, nonfiction writer, and literary critic. He's the author of two collections of short stories, The Train to Lo Wu and Nobody Ever Gets Lost, a novel, Your Face in Mine, and a collection of essays, White Flights: Race, Fiction, and the American Imagination. His second novel, The New Earth, will be published in spring 2023 by Ecco/HarperCollins.

His fiction has appeared in The New Yorker, The Atlantic, Virginia Quarterly Review, Tin House, Conjunctions, Ploughshares, Granta, n+1, and elsewhere, has been anthologized three times in The Best American Short Stories, and has won two Pushcart Prizes and a PEN/O. Henry Award. He has received a Guggenheim fellowship, an NEA fellowship in fiction, a Whiting Writers Award, and a Whiting Creative Nonfiction Grant. In 2007, he was named a “Best Young American Novelist” by Granta. His nonfiction and criticism has appeared in The New Yorker, The New Republic, The New York Times Book Review, Bookforum, Threepenny Review, and Boston Review, among other venues.

His forthcoming projects include a new collection of short stories, Storyknife, and a collection of essays on contemporary American masculinity, On Being Short.