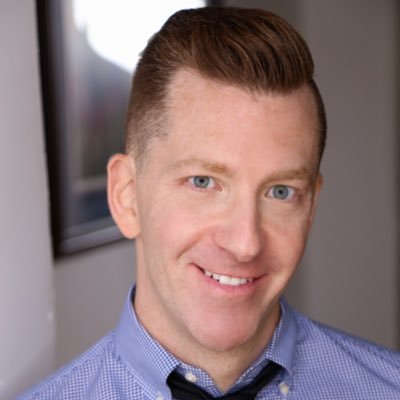 Brett Krutzsch is the Coordinator of NYU’s Center for Religion and Media where he serves as Editor of the online magazine the Revealer and teaches in the Department of Religious Studies.

Krutzsch is a scholar of religion in the United States and an expert on religion in LGBTQ history. His first book, Dying to Be Normal: Gay Martyrs and the Transformation of American Sexual Politics, (Oxford University Press, 2019) examines how secular LGBTQ activists turned particular people into martyrs as a political strategy to promote assimilation, especially by using Christianity to portray cisgender gays as normal Americans. The book focuses on the political memorialization of Matthew Shepard, Harvey Milk, Tyler Clementi, Brandon Teena, F. C. Martinez, the It Gets Better Project, the AIDS Memorial Quilt, and the Pulse nightclub shooting. Throughout, Krutzsch counters the common perception that religion and LGBTQ politics have been oppositional and, instead, demonstrates how secular activists used religion to bolster the argument that gays, often to the exclusion of trans and queer people, are essentially the same as straights and, therefore, deserving of equal rights.

Dr. Krutzsch's most recent scholarly work examines queer possibilites within American Jewish communities.  With Dr. Samira Mehta, he co-authored "The Changing Jewish Family: Jewish Communal Responses to Interfaith and Same-Sex Marriage" for a special issue of the American Jewish History journal.  He is currently co-editing a book with Nora Rubel tentatively titled "Transparent" and Queering the Jewish Family on TV. The volume uses the Amazon series Transparent to explore issues of transgender representation, queer politics, and Jews in America in the twenty-first century.

Krutzsch has published widely in academic journals and mainstream publications, including the Washington Post, Newsday, and the Advocate. He also publishes a monthly Editor’s Letter for the Revealer, and he is the host of the Revealer podcast, both published by NYU's Center for Religion and Media.

Dying to Be Normal: Gay Martyrs and the Transformation of American Sexual Politics (Oxford University Press, 2019).

"We Still Mourn Those Killed at Pulse.  But Can We Celebrate LGBTQ Life Too?" Washington Post. June 11, 2021.

“Teaching about Sexuality and Veiling in Islam.” Co-Authored with Amy Defibaugh. Teaching Theology and Religion 20, no. 2: 154-162.

“Un-Straightening Boaz in Ruth Scholarship.” Biblical Interpretation: A Journal of Contemporary Approaches 23, no. 4: 541-552.

“It Gets Better as a Teleological Prophesy: A Universal Promise of Progress through Assimilation.” Journal of Popular Culture 47, no. 6: 1245-1255.