NYU is proud to be first university to partner with the March for Science to celebrate and champion rigorous and objective science that is robustly funded and publicly communicated. NYU’s diverse and multidisciplinary researchers undertake science that serves the common good, generate data and analyses that informs evidence-based debate and policy-making, and share their findings with students and the general public in ways that make for educated and better informed citizens.

NYU will be an active and nonpartisan partner in the March. NYU researchers will also take part in the pre-march Teach-In and Rally on the National Mall (we will have a dedicated NYU tent), and a public post-march “Debrief”, hosted at the NYU DC campus.

REGISTER FOR THE MARCH

Main Events (Day of the March)

The following information pertains to NYU's participation in the March and day-of events. For more information, visit the Office of Sustainability March for Science webpage.

Banners, signs, and posters for the march are generally OK to bring in. The March for Science FAQ has more detailed information. In general, bags look like they are allowed, but will be checked. So please tell all your colleagues/friends/family to allow plenty of time for security.

NYU Faculty representing a range of disciplines and departments will provide a “speed science” session, detailing important scientific research questions, pursuits and contributions. Teach-in sessions will begin at 9am, so get there early to avoid crowds!

ES slot is 11:30-12:20 AM. If possible, please plan to assemble at least 5-10 minutes prior so we can kick-off on time! The Teach-In tents will be approximately located on Northwest side of the Washington Monument, adjacent to 17th Street (across from the WWII monument).

Join science advocates, science educators, scientists, and concerned citizens in a rally and march to support science. Route to be posted on March for Science Website.

This Debrief will be a moderated discussion open to public comment about what we have learned as a community from the March for Science and regarding ways to sustain momentum in our pursuit of championing the role of science in society.

There will be food and we will confirm the bus pick-up location shortly (although I believe that pick-up is possible from the NYU DC campus). Please do plan to get there by 5pm if you would like to participate. 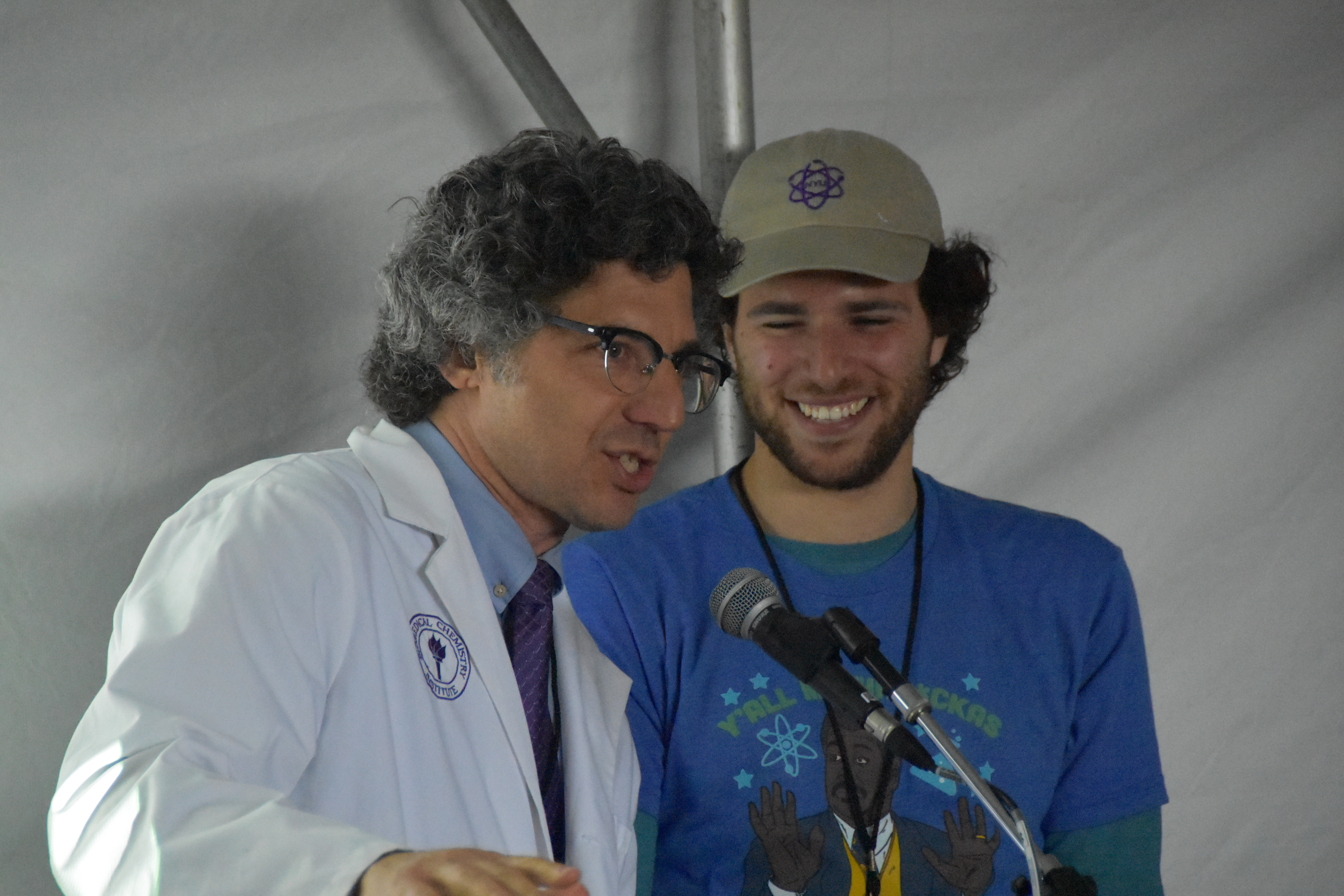 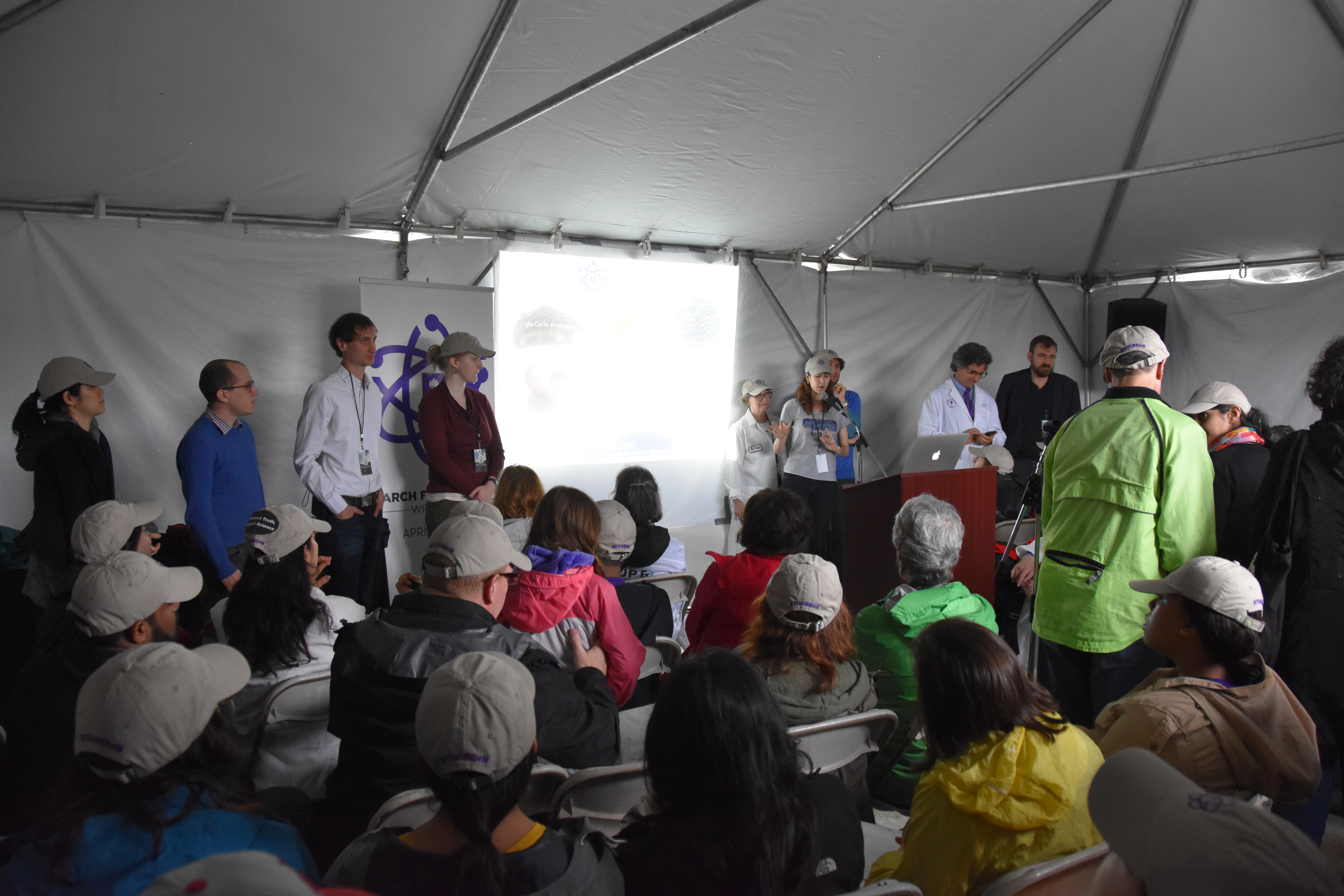 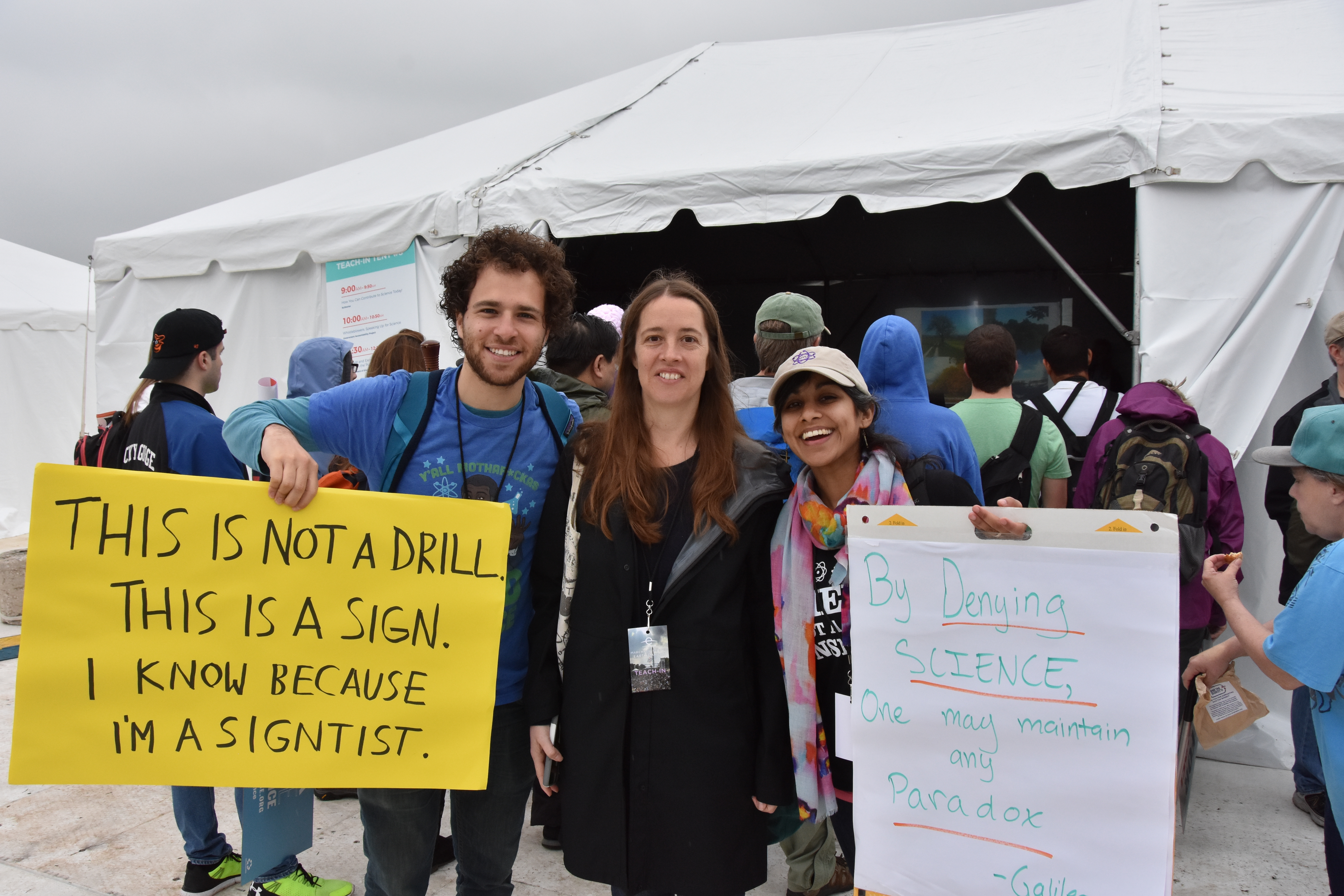 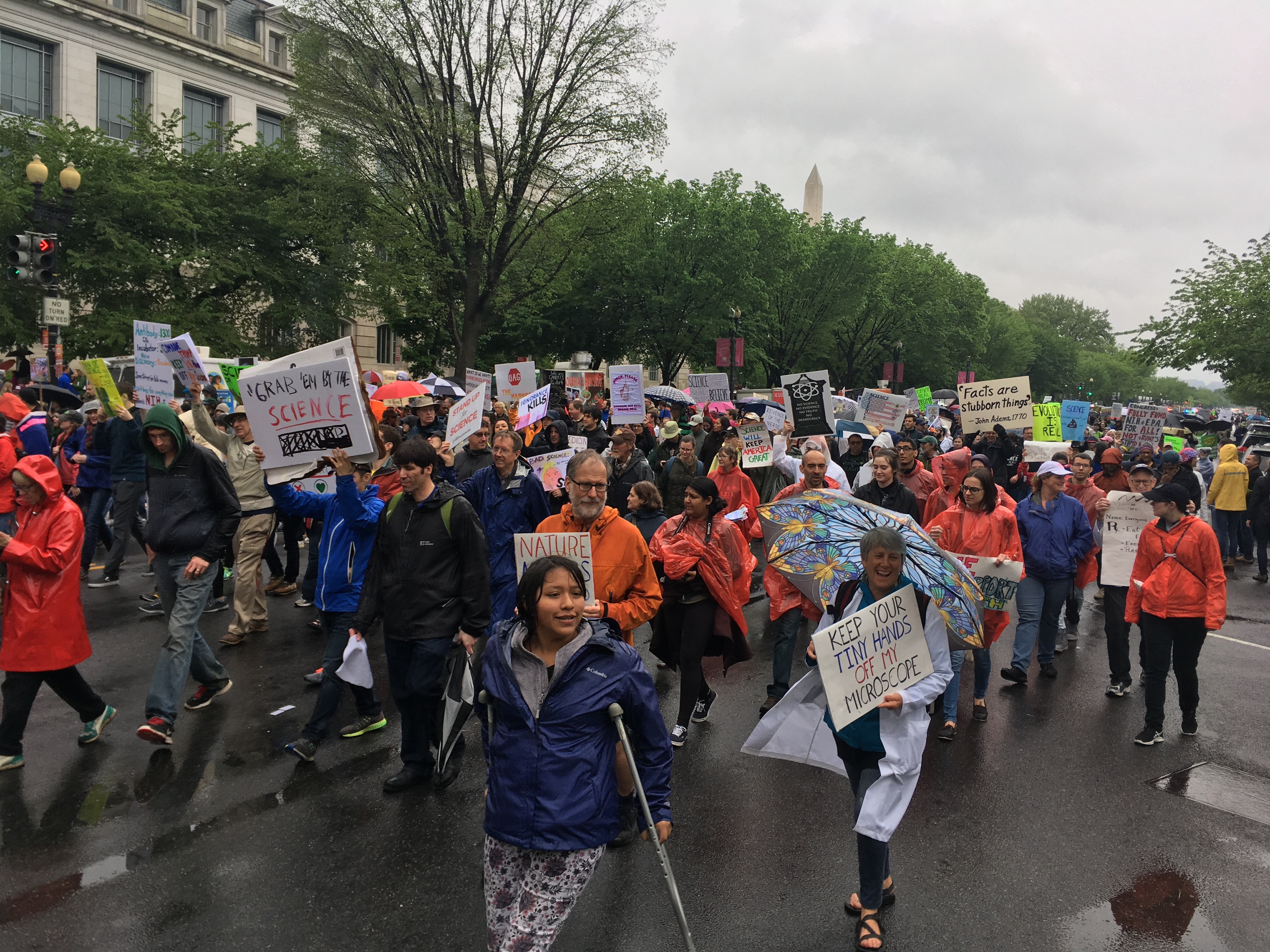 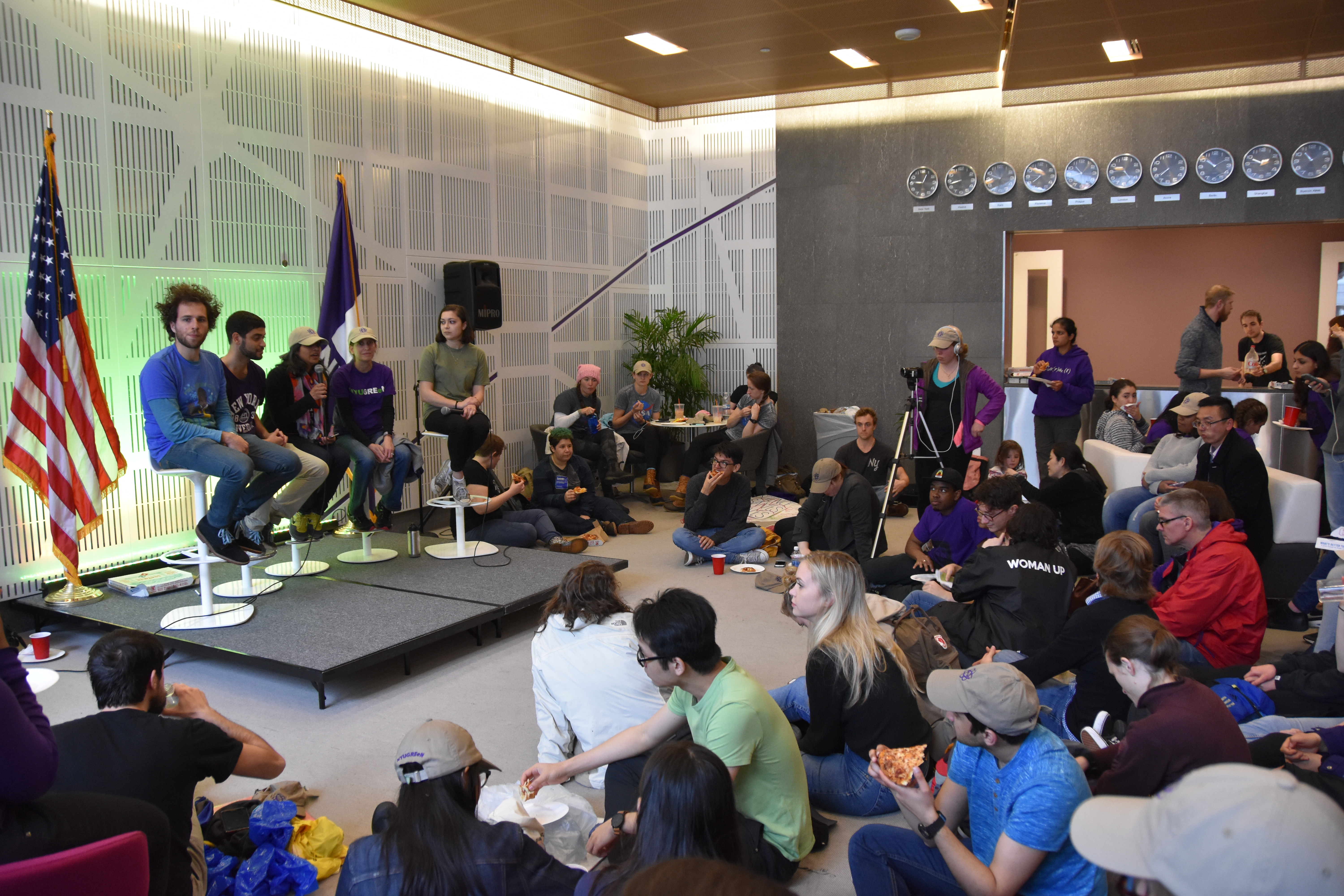 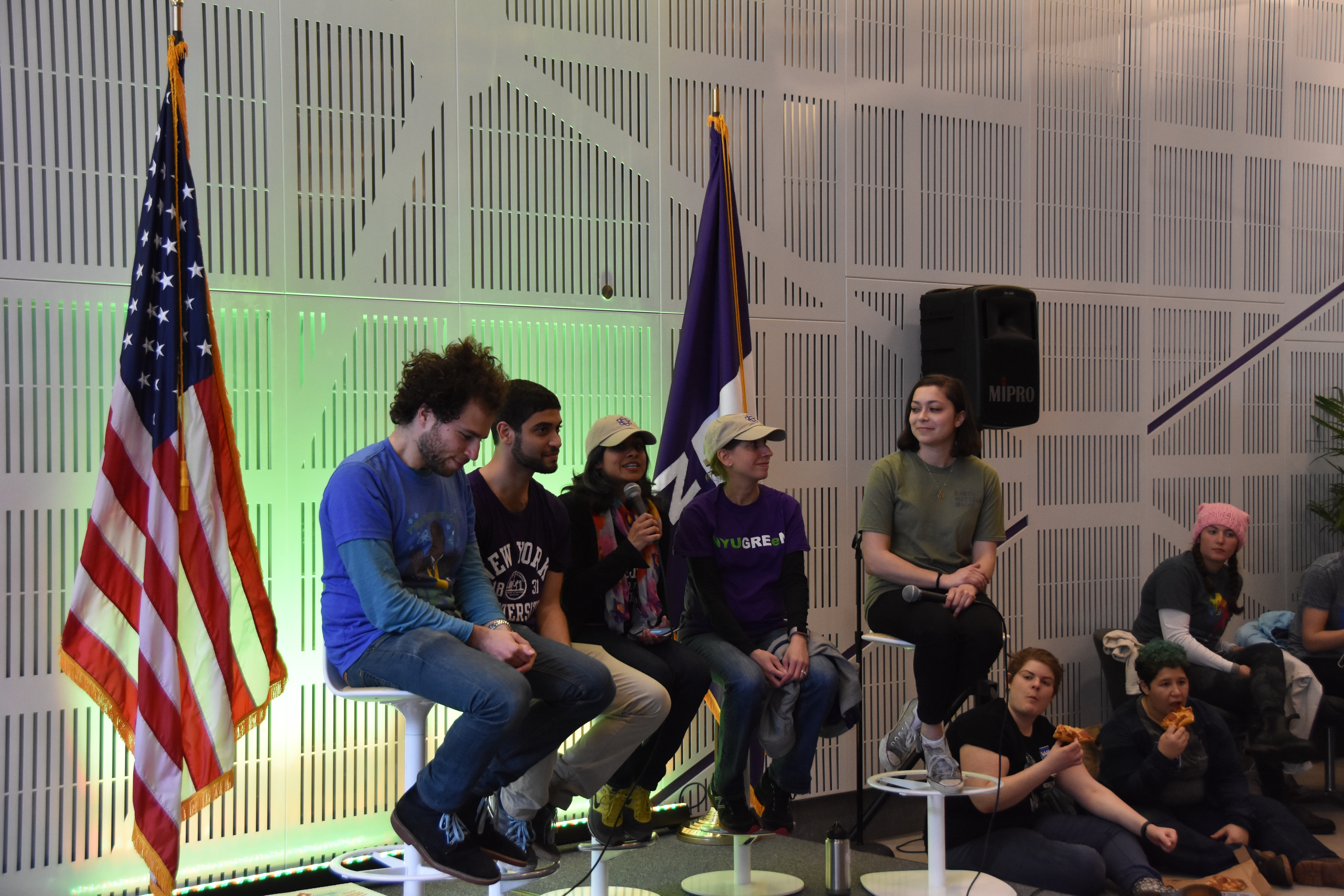