The NYU Cultures of War and the Postwar Research Group, in conjunction with the Centre for the Americas and The Senator George J. Mitchell Institute for Global Peace, Security and Justice at Queen's University Belfast, invite you to an online screening and panel discussion as part of a seminar series examining the complex relationship between race, class and policing in the Americas.

Police Killing (Auto de Resistência) is a 2018 Brazilian documentary, directed by Natasha Neri and Lula Carvalho, about homicides committed by on-duty police officers in Rio de Janeiro, in situations initially considered as legitimate self-defense. The dead person is accused of being a drug dealer and having fired against the police. However, the officer's account is confronted by the emergence of videos and the fight of mothers who try to prove their sons were innocent. The film portrays the clash of versions in court hearings, the backstage of police investigations and the State Parliamentary Inquiry Committee established to investage the high rates of homicides during police operations.

Read more about the film in English and Portuguese.

Visit this page to receive a link to watch the film (in Portuguese with English subtitles). The film can be watched online until October 27, 2021. 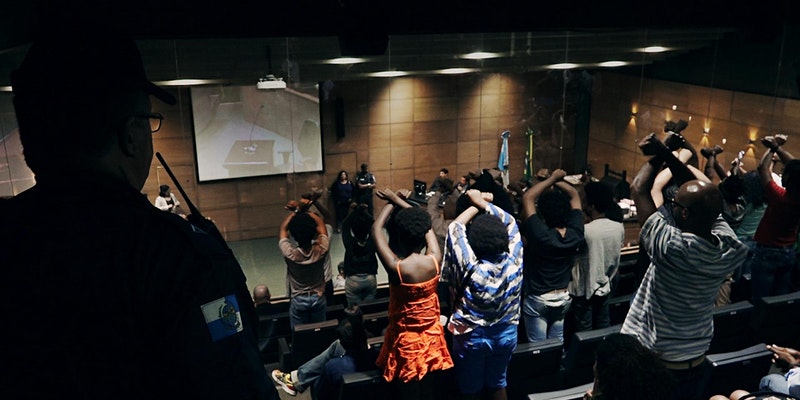 In a panel discussion (via Zoom), anthropologist Christen Smith (Associate Professor of African and African Diaspora Studies and Anthopology at the University of Texas at Austin and author of Afro-Paradise: Blackness, Violence, and Performance in Brazil (University of Illinois Press, 2016), filmmaker Natasha Neri (director of the prize-winning documentary Auto de Resistência/Police Killing), and data researcher Pedro Paula da Silva (researcher at the Centre for Security and Citizenship Studies, Rio de Janeiro, and the research coordinator of the Laboratory of Data and Narratives from Jacarezinho, a favela in Rio) will explore how research undertaken and disseminated in different contexts (Both within and outside of universities) and formats (from publications to documentary film and digital media and beyond) can contribute to raising critical awareness of police violence in Brazil, including in gendered and comparative perspective.

RSVP for the Race and Policing in the Americas Panel Discussion using this link.

View the full schedule of the Race and Policing in the Americas Seminar Series here.