Please join us on November 17th to hear Terrance Hayes read Yusef Komunyakaa’s “My Father’s Love Letters” and Robert Hayden’s “Those Winter Sundays.” Hayes will lead the audience in a short creative exercise, so come prepared to write!

Hayes’s additional honors include a Whiting Writers’ Award and fellowships from the MacArthur Foundation, the National Endowment for the Arts, and the Guggenheim Foundation. He has taught at Carnegie Mellon University, the University of Alabama, and the University of Pittsburgh. Hayes is currently professor of English at New York University. 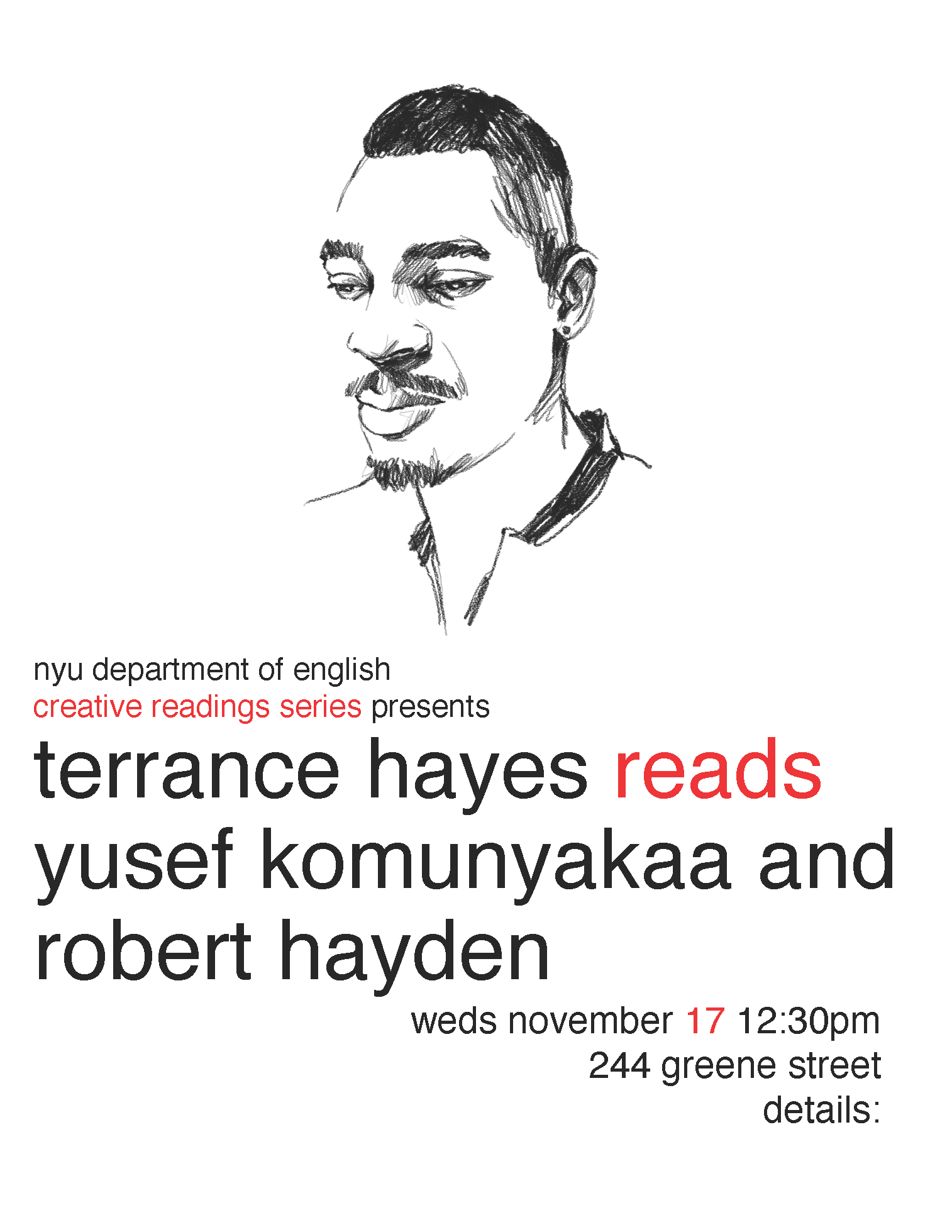