Please register for this event here.

How did the Cold War shape culture and political power in decolonizing countries and give rise to authoritarian regimes in the so-called free world? Cold War Reckonings tells a new story about the Cold War and the global shift from colonialism to independent nation-states. Assembling a body of transpacific cultural works that speak to this historical conjuncture, Jini Kim Watson reveals autocracy to be not a deficient form of liberal democracy, but rather the result of Cold War entanglements with decolonization.

Focusing on East and Southeast Asia, the book scrutinizes cultural texts ranging from dissident poetry, fiction, and films that retrospectively look back to these decades with a critical eye. Paying particular attention to anti-communist repression and state infrastructures of violence, the book provides a rich account of several U.S.-allied Cold War regimes in the Asia Pacific, including the South Korean military dictatorship, Marcos' rule in the Philippines, illiberal Singapore under Lee Kuan Yew, and Suharta's Indonesia.

Jini Kim Watson is Associate Professor of English and Comparative Literature at New York University. She is the author of The New Asian City: Three-dimensional Fictions of Space and Urban Form (University of Minnesota Press, 2011) and editor, with Gary Wilder, of The Postcolonial Contemporary: Political Imaginaries for the Global Present (Fordham UP, 2018). 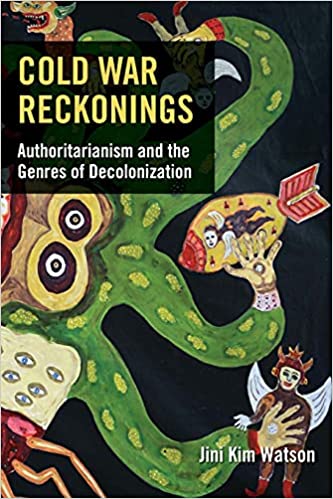