Join Jenny Mann as she sheds light on the power of eloquence, its effects on English art and science, and her forthcoming release The Trials of Orpheus: Poetry, Science, and the Early Modern Sublime (Princeton UP, 2021) alongside an esteemed panel of scholars.

Please register for this online event using this link. 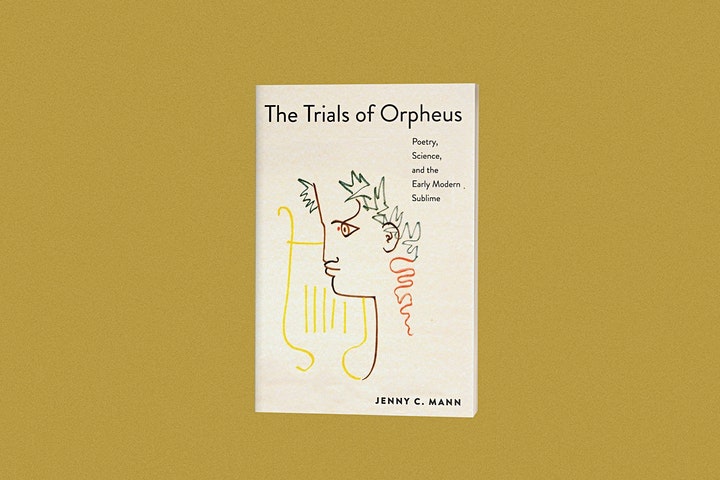 In ancient Greek mythology, the lyrical songs of Orpheus charmed the gods, and compelled animals, rocks, and trees to obey his commands. This mythic power inspired Renaissance philosophers and poets as they attempted to discover the hidden powers of verbal eloquence. They wanted to know: How do words produce action? In The Trials of Orpheus, Jenny Mann examines the key role the Orpheus story played in helping early modern writers and thinkers understand the mechanisms of rhetorical force. Mann demonstrates that forms and figures of ancient poetry indellibly shaped the principles of sixteenth- and seventeenth-century knowledge.

Mann explores how Ovid's version of the Orpheus myth gave English poets and natural philosophers the lexicon with which to explain language's ability to move individuals without physical contact. These writers and thinkers came to see eloquence as an aesthetic force capable of binding, drawing, softening, and scattering audiences. Bringing together a range of examples from drama, poetry, and philosophy by Bacon, Marlowe, Montaigne, Shakespeare, and others, Mann demonstrates that the fascination with Orpheus produced some of the most canonical literature of the age.

Delving into the impact of ancient Greek thought and poetry in the early modern era, The Trials of Orpheus sheds light on how the powers of rhetoric became a focus of English thought and literature.