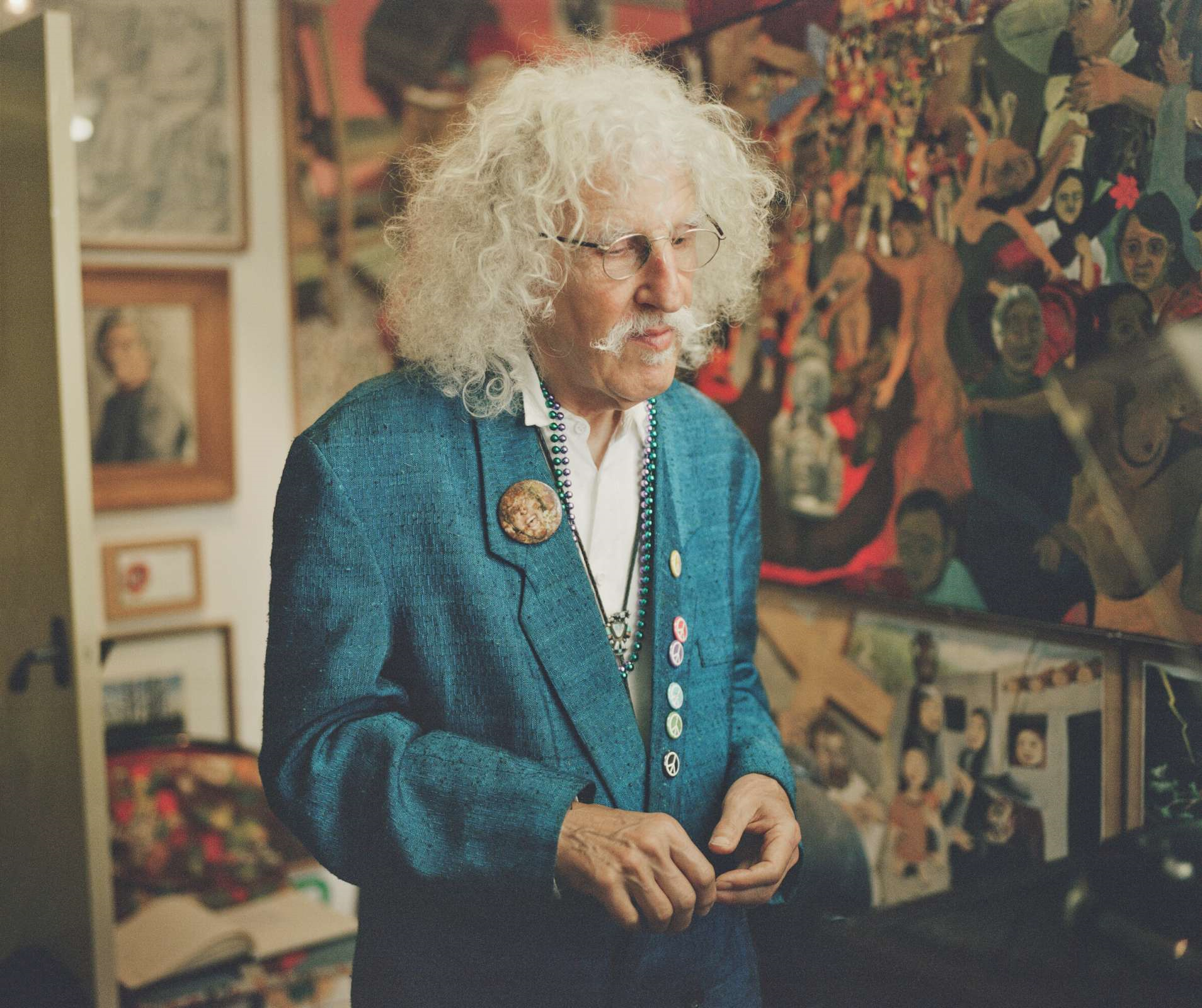 "We began to think, I don't know, this guy is pretty weird" (Barbara T. Smith)

"At a time when there's an excess of influence and a lack of inspiration, Bob Parks is a kind of antidote" (Nathaniel Mellors)

Born in Southall, England in 1947, Bob Parks was a small-town hippy who fell under the sway of art and relocated to Los Angeles in 1972 where he moved in the same circles as Chris Burden and Paul McCarthy. Inspired both by Stanislavski and by Indian mystic philosophy, he developed a flamboyant version of himself named 'Bignose' and, in solidarity with the burgeoning feminist movement, wandered around the city wearing nothing but a yogic thong and playing an amplified fife. He built a giant mud mountain in the living room of his condominium. He also joined the Starlight Church of God in Christ in South Central where, to this day, he is remembered for his tuneless flute-playing. His appearance on The Gong Show won him the plaudit, 'No Comment'.

The R&B Feeling finds Parks, over thirty years after he returned to England, living with his mother. It shows him caring for her, accidentally killing her, baking her. It features the testimony of artists such as John Duncan and Barbara T. Smith recalling his time in Los Angeles. It presents the unabated clamour of his imagination, his disregard for clothing, his persistence of vision.

MARCUS WERNER HED is an award-winning filmmaker, working in both documentary and fiction - and in partnership with broadcasters such as SVT, BBC and CNN - whose lens is often trained on individuals who challenge conventions and drive remarkable creations.