THE MAJORITY NEVER HAS RIGHT ON ITS SIDE (dir. Emanuel Almborg, 2013) 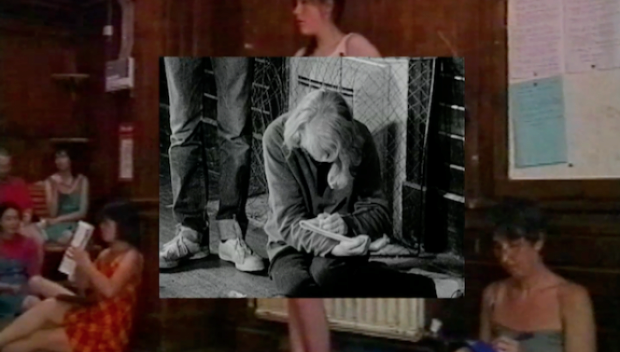 Summerhill School, founded in 1921, calls itself the "oldest children's democracy in the world". It was set up by A.S. Neill, a Scottish Socialist who was often dismissed as a "cynical utopian". In his 1962 book about Summerhill, he wrote -

- "We set out to make a school in which we should allow children freedom to be themselves. In order to do this, we had to renounce all discipline, all direction, all suggestion, all moral training"

- "We have no new methods of teaching, because we do not consider teaching in itself matters very much."

- "You cannot make children learn music or anything else without to some degree converting them into will-less adults. You fashion them into accepters of the status quo - a good thing for a society that needs obedient sitters at dreary desks, standers in shops, mechanical catchers of the 8:30 suburban train - a society, in short, that is carried on the shabby shoulders of the scared little man - the scared-to-death conformist."

Summerhill has been characterized as a dystopic travesty, "a gathering of wild primitives", a classic example of the stupidity of socialistic educational theory. In 2000, under Tony Blair's first term as British Prime Minister, legal attempts were made to terminate its mission. Emanuel Almborg's film looks again at the school - still open today - as well as its 'image' by using Summerhill's own film and video archive.

JAMES BROOKE-SMITH teaches English Literature and Film Studies at the University of Ottowa. He is the author of Gilded Youth: Privilege, Rebellion, and the British Public School (Reaktion, 2019)