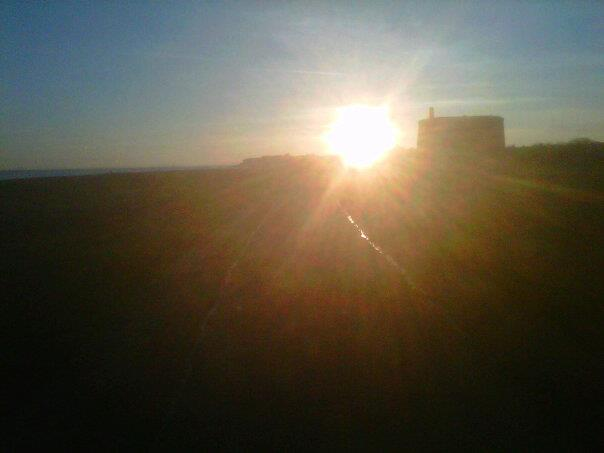 "It is April, but it feels like summer. They turn left onto the seafront..."

On Vanishing Land is an audio-essay that evokes a walk undertaken by Justin Barton and Mark Fisher along the Suffolk coastline in 2005, from Felixstowe container port ("a nerve ganglion of capitalism") to the Anglo-Saxon burial ground at Sutton Hoo. A walk under immense skies, within liminal terrains, through archaeopsychic geographies, into the eerie...

Everywhere there are echoes, traces, ghosts - of M.R. James's Oh, Whistle, And I'll Come To You, My Lad (1904), Picnic At Hanging Rock (1975), Brian Eno's OnLand (1982). Pregnant voices, potent memories, resonant frequencies newly composed by the likes of John Foxx, Gazelle Twin, Baron Mordant, Raime. And dreams, so many dreams. On Vanishing Land is about a micropolitics of escape, a micropolitics of disappearance ... and a politics of waking the faculties.

Jointly commissioned by The Otolith Collective and The Showroom in London, On Vanishing Land was, after londonunderlondon (2005), the second sonic-fictional collaboration between Justin Barton and Mark Fisher. This is its first US playback.

JUSTIN BARTON (b.1962) is a philosopher, sound artist, and the author of Hidden Valleys: Haunted by the Future (2015).