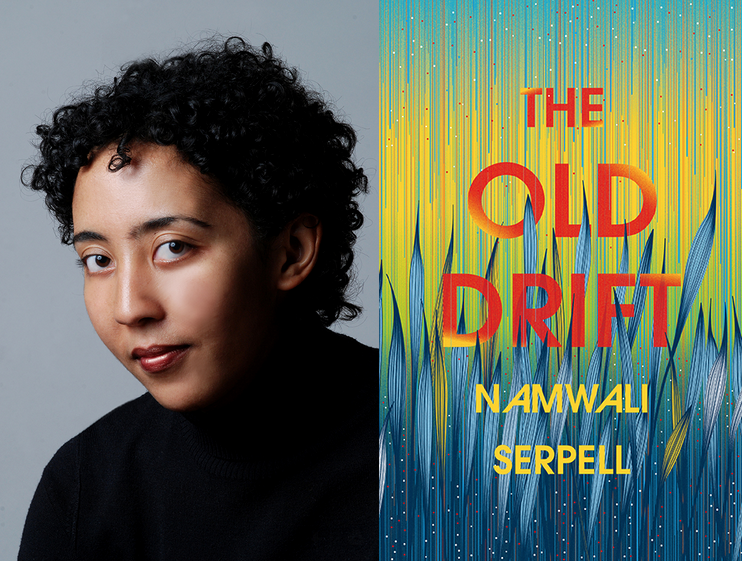 "Extraordinary, ambitious, evocative, The Old Drift ranges skilfully between historical and science fiction, shifting gears between political argument, psychological realism and rich fabulism. It is, by any standard, a dazzling debut, establishing Namwali Serpell, as a writer on the world stage." (Salman Rushdie)

"The Old Drift is an endlessly innovative, voraciously brilliant book, and Namwali Serpell is among the most distinctive and exciting writers to emerge in years." (Garth Greenwell)

"This is a dazzling book, as ambitious as any first novel published this decade. It made the skin on the back of my neck prickle." (Dwight Garner)

On the banks of the Zambezi River, a few miles from the majestic Victoria Falls, there was once a colonial settlement called the Old Drift. Here begins the epic story of a small African nation, told by a mysterious swarm-like chorus that calls itself man's greatest nemesis.

In 1904, in a smoky room at the hotel across the river, an Old Drifter named Percy M.Clark, foggy with fever, makes a mistake that entangles his fate with those of an Italian hotelier and an African busboy. This error sets off a cycle of unwitting retribution between these three Zambian families, as they continually collide over the course of the century, into the present, and beyond.

The Old Drift features a woman covered with hair and another plagued with endless tears, forbidden love affairs and fiery political ones, homegrown technological marvels like Afronauts, microdrones and viral vaccines.

NAMWALI SERPELL is a Zambian writer who teaches at the University of California, Berkeley. She won the 2015 Caine Prize for African Writing. She received a Rona Jaffe Foundation Writers' Award for women writers in 2011 and was selected for the Africa39, a 2014 Hay Festival project to identify the best African writers under 40. The Old Drift is her first novel.

MICHAEL C. VAZQUEZ is a Detroit-born, New York-based Senior Editor at Bidoun, an award-winning journal of art, culture and ideas from the Middle East and elsewhere. Previously he edited Transition: An International Review, a general interest magazine about race, identity, and culture. He writes on food, art, music, and cultural diplomacy. In 2014 he was curator-in-residence for The Politics of Food at the Delfina Foundation in London. He is currently working on a book about the funding of Cold War culture and the emergence of 'world literature' and 'global art'.