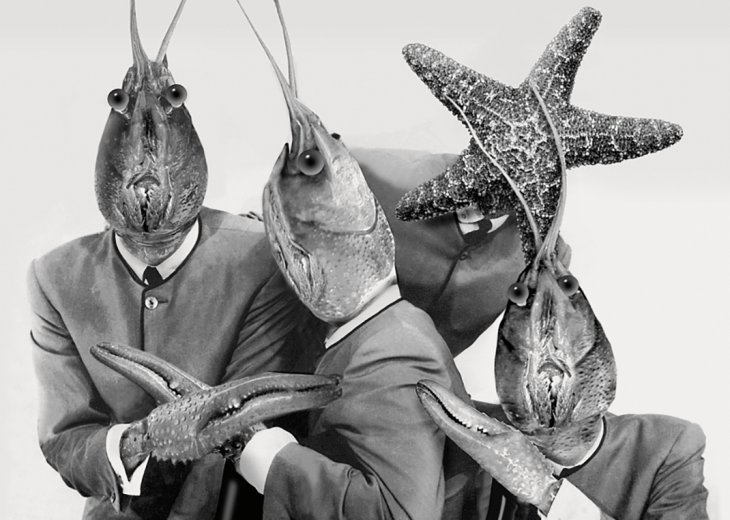 What would pop music look like without art schools?

Keith Richards of the Rolling Stones once claimed, "In England, if you're lucky, you get into art school. It's somewhere they put you if they can't put you anywhere else."

For author Mike Roberts (a former member of The Avant Gardeners and the singer-conceptualist in The Mike Flowers Pops), art school gave these nascent stars "access to a brave new world of romantic bohemianism and fanciful ideas about aesthetics, style and individualism." His masterful text on the topic, How Art Made Pop has been described as a "terrific book for both the academic and the general pop culture vulture, learned but readable, energetic and smart, making one pine for the days when pop music was not afraid to have ideas above its station, and the state helped it have them."

MIKE ROBERTS studied Painting at Chelsea School of Art and Music at Goldsmiths College. Taught filmmaking by the late Anne Rees-Mogg who encouraged him to make pop videos with his band the Avant Gardeners, he went on to co-devise live music for silent films which were performed at venues across Europe and attracted countercultural fans such as Ken Campbell and Viv Stanshall. In the 1990s he founded easy listening big band The Mike Flowers Pops and reached No.2 in the UK pop charts with his version of Oasis's Wonderwall. (Lou Reed said it was "one of the funniest things I've ever heard in my life.") He is currently collaborating on a 'poperetta' based on the life and work of the British pop artist Pauline Boty, entitled BUM. How Art Made Pop (And PopBecame Art) is his first book.

DAN FOX is a writer and filmmaker living in New York. From 1999-2019 he was an editor at the contemporary art magazine Frieze, and is the author of two books, Pretentiousness: Why It Matters (2016) and Limbo (2019). In 2001, with two friends from art school, he formed the Junior Aspirin Records label, and has played in bands including The God In Hackney, Big Legs, Advanced Sportswear, Skill 7 Stamina 12, Norwegian Lady, and Eve Essex/ Dan Fox. He is currently working on a documentary for the BBC about COUM Transmissions and Throbbing Gristle, and a short film about the 2012 Junior Aspirin Records tour of northern China.

MIKA TAJIMA is an artist whose practice materializes techniques developed to shape the physicality, productivity, and desires of the human body. From architectural systems to ergonomic design to psychographic data, Tajima's works operate in the space between the immaterial and the tangible to create heightened encounters that target the senses and emotions of the viewer, underlining the dynamics of control and agency.

BRIAN KUAN WOOD is a writer living in New York. He is an editor of e-flux journal and director of research at SVA's MA Curatorial Practice program.