The re-emergent debates around race and the avant-garde rhyme with, or serve as proxy for, similarly re-emergent debates about the relationship between class and race, on the one hand, and the status of mass media on the other. In both sets of arguments the value of experience is at stake, and partisan arguments on all sides tend to re-stage the fundamental terms of the supposed antagonism without either historicizing it or asking what work the idea of an opposition does in the present. Whatever the limits of Kenneth Warren's polemical (and problematic) claim that the conditions for a distinct African American literature have passed, it sounds an important critical call to reconsider the politics of so-called "identity politics" as well as the supposed "politics of form." Starting from the premise that new discursive and representational horizons are at stake for contemporary black writers, this lecture wades into that debate by proposing that in the apparent documentary or archival turn among such writers as Tyehimba Jess, Claudia Rankine, Robin Coste Lewis and others amounts to the emergence of a new aesthetic formation that can help us think about the possibilities of a political art in the present. 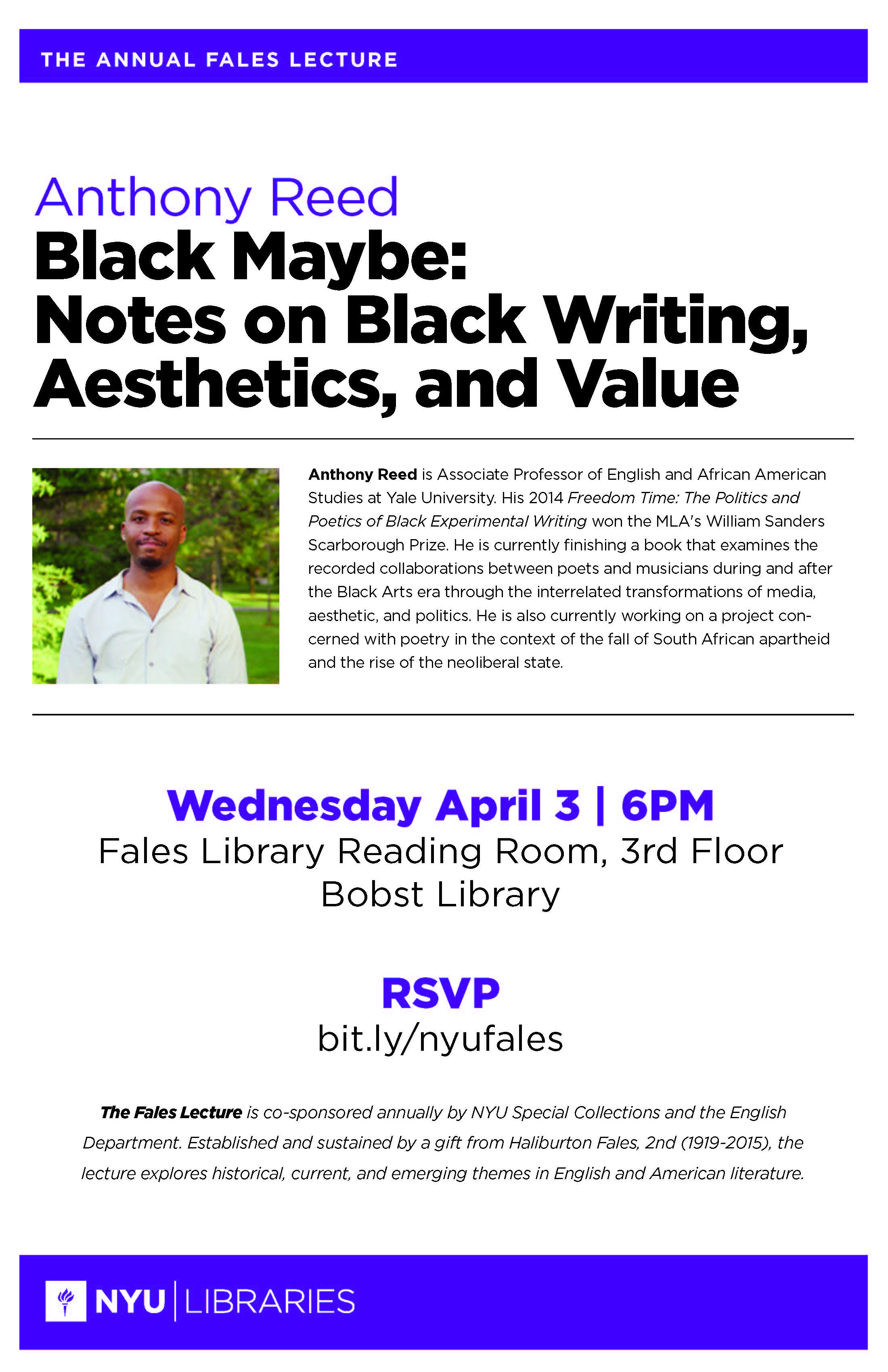