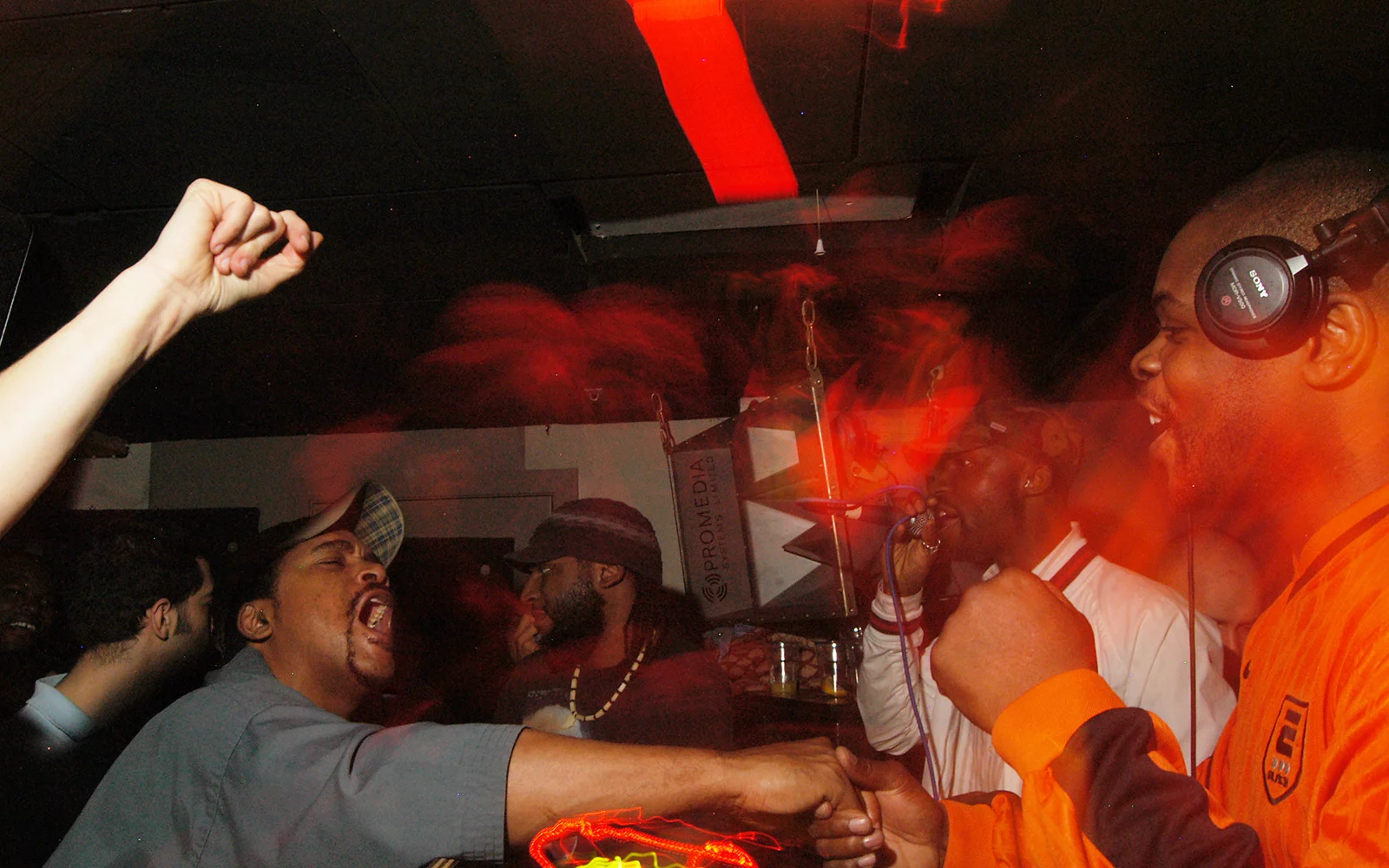 "Heavy bass, staccato drum machines rhythms and soulful feelings ... a glimpse of the future ... hand-held laser pens swooped over a frenetic dancefloor, illuminating clouds of collie smoke like sniper sights scouting a post-apocalyptic battlefield, while a toy dub siren rang out from the booth" (Mr. Beatnick)

What was Broken Beats?

Some say it was a meterorite, others a space virus, others still recall it fondly as a West London-accented form of Afro-futurist rhythm science. Rolling basslines, stutter and spaciousness, groove and glissando. For a while at the turn of the millennium, this genre/ non-genre - a mesh of UK soul, acid jazz, electro funk, drum 'n' bass - seemed on the brink of breaking bad. It mesmerised French DJ and filmmaker Arthur Borgnis who headed to London where he hung out at key venues such as CoOp and Plastic People (RIP); with artists Orin Walters (aka Afronaught), IG Culture (Ian Grant), Ben Chijioke (Big Dada's Ty) and the Bugz In the Attic production team; with scene champions such as Gilles Peterson and Norman Jay.

The mood is ... forwards. So much promise and potential. The thrill of emergence and insurgency.

Broken Beats was soon eclipsed by grime, dubstep, funky. Borgnis's rare document of this genre/ non-genre was never properly released. Now, with the growing audibility of Broken Beat-inflectees such as Floating Points and Henry Wu, the Colloquium for Unpopular Culture is delighted to be screening the US premiere of this contribution to the history of black Atlantic music.

ARTHUR BORGNIS is a French filmmaker. He started working in cinema at the age of 19, serving as an apprentice stage manager for Leos Carax's Lovers on the Bridge. He has since directed more than fifteen documentaries and is currently working on his most personal film, oylem. He is also a connoisseur and collector of art brut.