Please join the NYU Cultures of War and the Postwar at on Thursday 11th April in the Event Space at 244 Greene Street to discuss the Global Refugee Crisis with Majida Ali live from Samos, Helen Benedict Tim Anderson.

Majida Ali is a refugee from Syria and journalist who works at the camps in Samos as a translator and teacher.

Helen Benedict is a professor at Columbia University and the author of seven novels, including Wolf Season (2017) about the aftermath of the Iraq War on refugees and soldiers. Her nonfiction book, The Lonely Soldier, (2009) inspired a class action suit against the Pentagon on behalf of those sexually assaulted in the military and the 2012 Oscar-nominated documentary The Invisible War. Helen has published articles on the plight of refugees in Samos in The New York Times, Slate and Guernica magazine.

Tim Anderson is a Candidate in English at NYU. This summer will be his third spent teaching English to refugees on Samos. 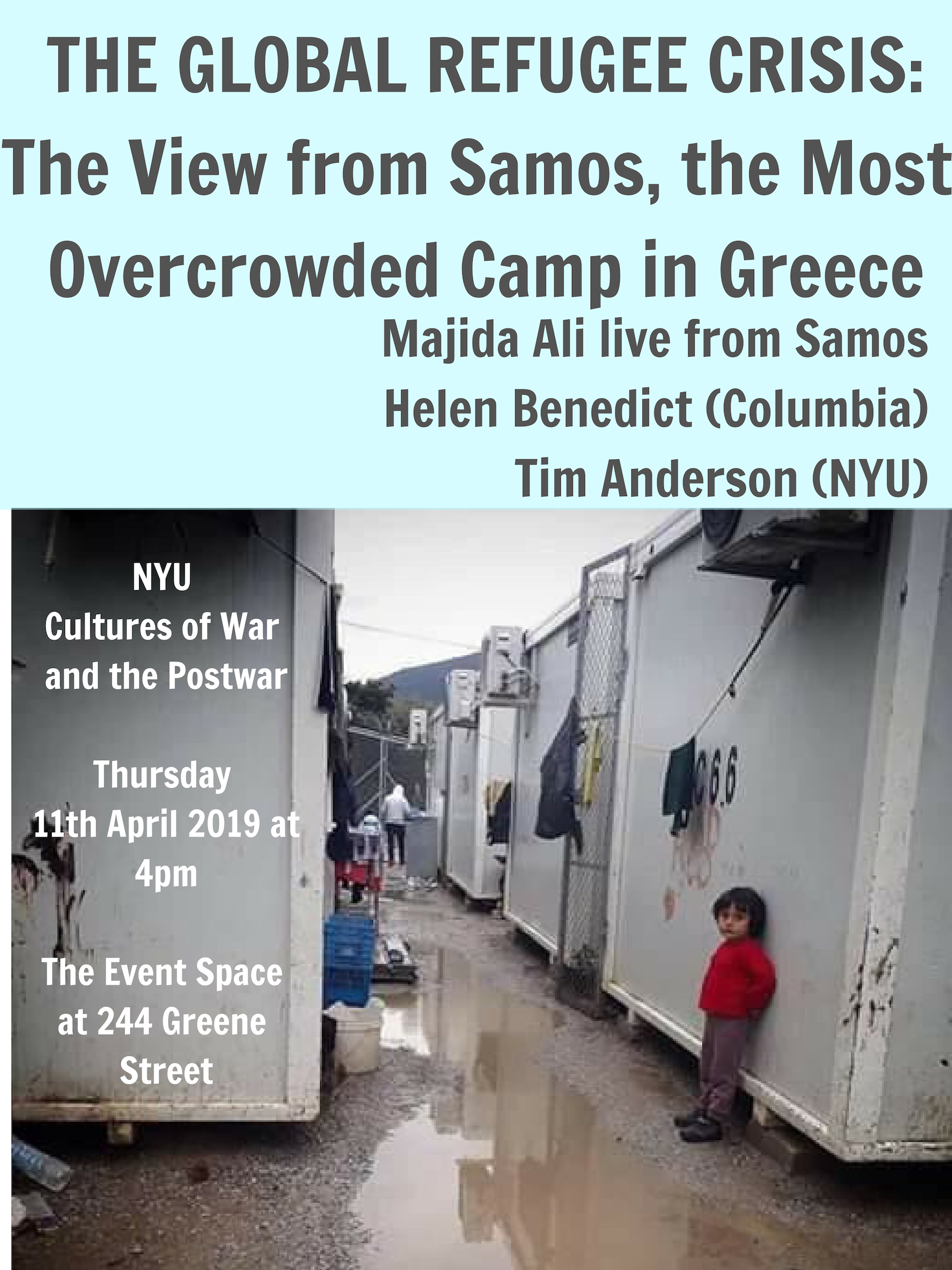