We are bringing in four scholars: Eric Hayot (Penn State) Luis Othoniel Rosa (Nebraska University), Amal Eqeiq (Williams College) and Susan Stanford Friedman (University of Wisconsin-Madison) who are working on the connections between or within Africa, Asia, and Latin America.  Our aim is to situate the Global South within a set of critical practices around the archive. By this, we mean the re-examination of cultural production and practices overlooked in other paradigms such as postcolonial studies and the generation of alternate, non-teleological futurities. However, we are also interested in critically examining the practices of knowledge production in academia as it relates to the Global South; How can we prevent Global South studies from being co-opted by the neoliberal academic establishment as a site of knowledge extraction? Title: A pedagogy of literature in necrocapitalist times

Assistant Professor jointly appointed by the Department of Modern Languages and Literatures and the Institute for Ethnic Studies, with an affiliation to Women and Gender Studies at University of Nebraska - Lincoln. Assistant Professor in Arabic and Comparative Literature at Williams College

Event is Free & Open to the public!

The Department of Comparative Literature

The Department of English 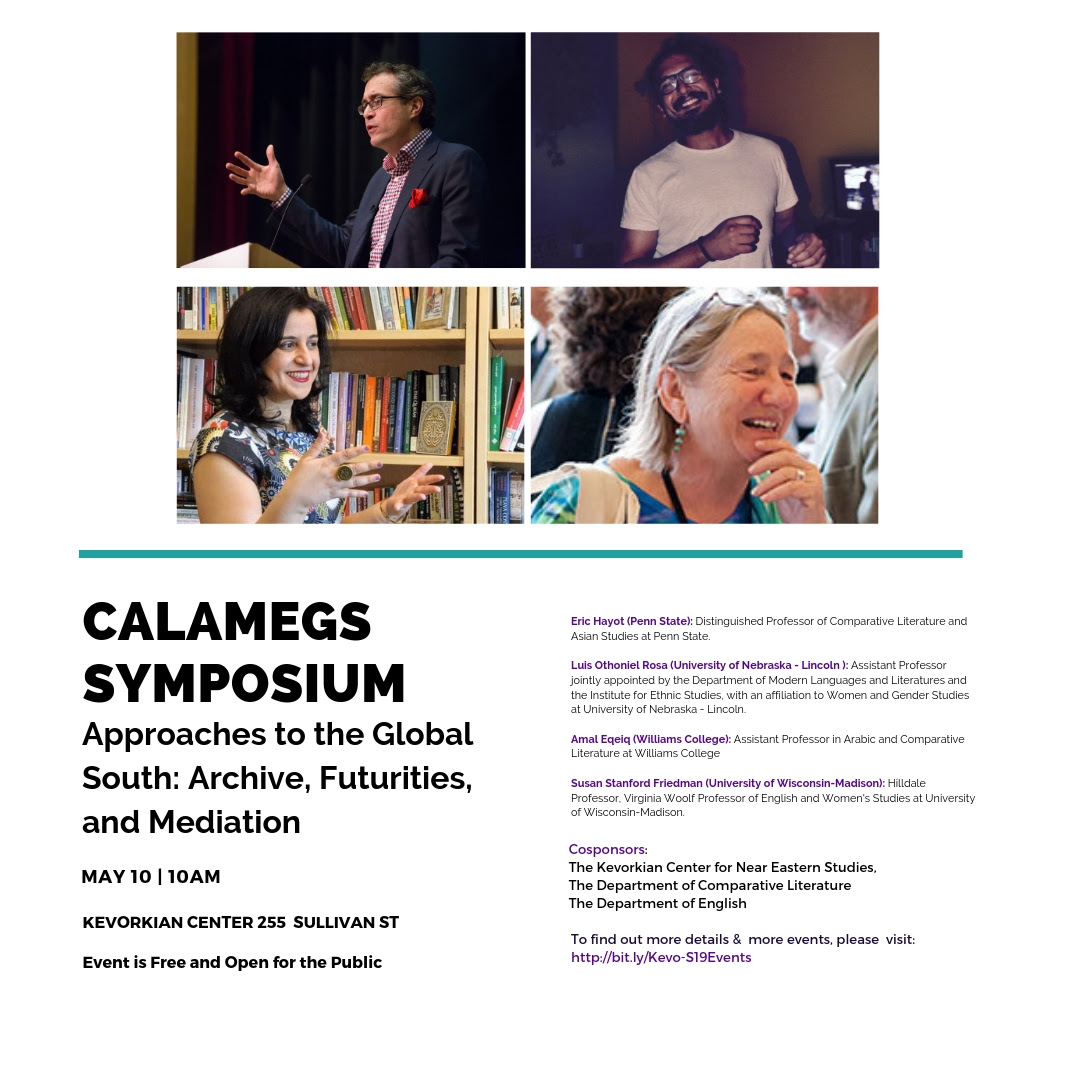