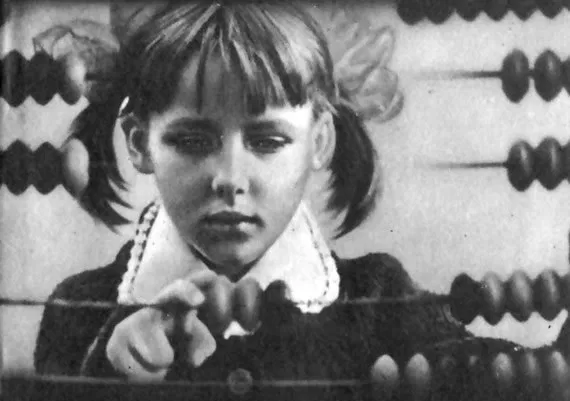 "We see and hear through the eyes and ears of our friends, all people, the entire human race."

TALKING HANDS is a film about a pioneering school for deaf-blind children. Established in 1963 in Zaborsk, north of Moscow, it was known as the "synchrophasotron of the social sciences". Its founder, Marxist philosopher Evald Ilyenkov, claimed, "By studying the brain you will Iearn little of the mind - just as little as you will learn of the nature of money by studying the material properties of the material (gold, silver, or paper) in which the money form is embodied." Or, as one of his deaf-blind students Alexander Suvorov exclaimed: "Who told you we see nothing and hear nothing? We see and hear through the eyes and ears of our friends, all people, the entire human race."

Talking Hands focuses on Sovorov who went on to attain a PhD in psychology and now lives in a Moscow suburb. His fragmented conversation with Almborg is interwoven with 16mm footage of teaching and activities around the Zagorsk school shot some time in the late 1960s or early 1970s. Its filmmaker and exact date are unknown; the only information attached to the film when Almborg found it in a Moscow archive was a title - 'Talking Hands'.

EMANUEL ALMBORG is an artist based in Stockholm and London. He works in a wide range of media, primarily moving image. He graduated from the Whitney Independent Study program in 2015, and is currently a PhD candidate at the Royal Institute of Art, Stockholm. His work has been shown at Moderna Museet, Stockholm, London's Whitechapel Gallery, and e-flux in New York.

MARA MILLS is Associate Professor of Media, Culture, and Communication at New York University where she co-directs the Center for Disability Studies. Her book On The Phone: Hearing Loss and Communication Engineering (forthcoming from Duke) examines the history of speech and hearing research in the Bell System. She is currently working on the history of optical character recognition and, with Jonathan Sterne, the history of audio time stretching technology.