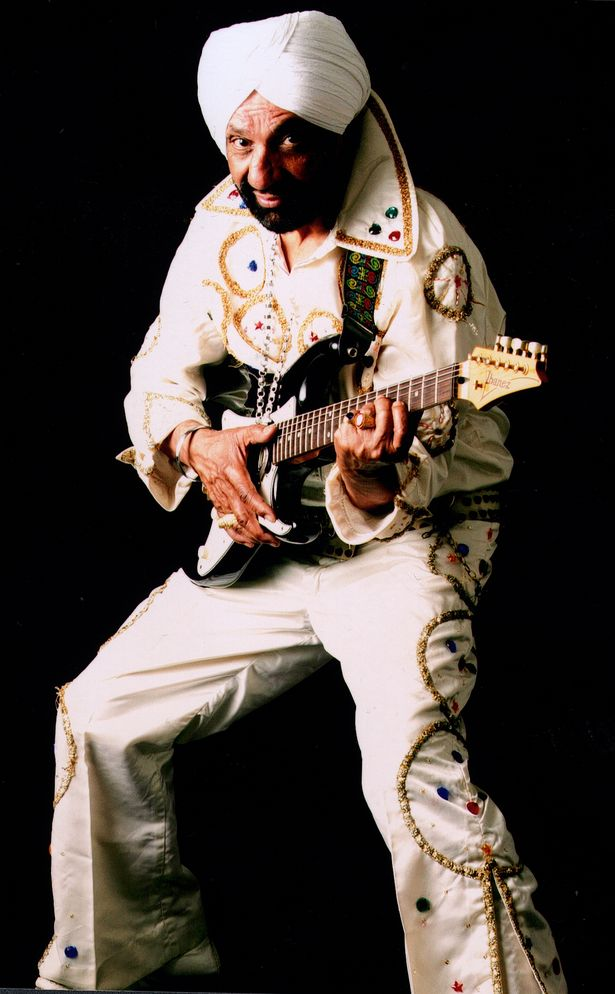 "I'm the rocking Sikh. I don't smoke dope. I don't drink bourbon. All I want to do is shake my turban" (Peter Singh)

The legend goes like this: one night in 1980, Elvis Presley came in a dream to Peter Singh, a Punjabi Sikh who had moved to the UK as a ten-year-old boy in 1955. "You're the next one," he promised. Elvis was right: Peter, sometimes backed by his band The Poppadums, was soon recording songs such as Love Me Tandoor and Jalfrezi House Rock. He performed with members of Gentle Giant and Welsh legends Man. He supported The Clash; played Miners' Strike benefit gigs and the Royal Albert Hall; rattled 'n' rolled to crowds in India, China and Australia. He even set up an Elvis-themed Indian restaurant called Graceland whose dishes included the Love Me Tender burger, the Burning Love Special curry, and a set meal for one named Are You Lonesome Tonight. No one who saw him on stage or ate one of his onion bhajis will ever forget him.

A pioneering entertainer and much-loved one-off, Peter Singh has retired from the music business and now lives quietly in Swansea. Turbans Over Memphis! is a special evening of music, screenings, paintings and memories of a Sikh legend.

KOSMO VINYL started out at Stiff Records in 1976 and worked closely for many years with Ian Dury and The Blockheads and The Clash. In recent years he has worked as a curator - co-producing the late Dury's first art exhibition More Than Fair at London's Royal College of Art - and as an artist. Prints from his ongoing Cisko Kid vs Donald Trump were shown in Washington DC (2017) and in Decatur, GA (2018), and will be exhibited at The Rymer Gallery, Nashville, Tennessee in July 2019