Despite the fact that India's Anglo-Indians migrated en masse following Independence in 1947 and have spent 70 years as a settler community, they remain relatively unknown in the United Kingdom and scarcely counted among the South Asian diaspora. Prof. Almeida's talk will address their trajectory from immigrants who faced hostility and rejection in the Post World War II era to a well-established and well-accepted ethnic minority in the multi-cultural environment of contemporary Britain. It will also analyst reasons for their invisibility and the cultural erasure this invisibility has engendered.

This event is sponsored by the Postcolonial, Race and Diaspora Studies Colloquium. 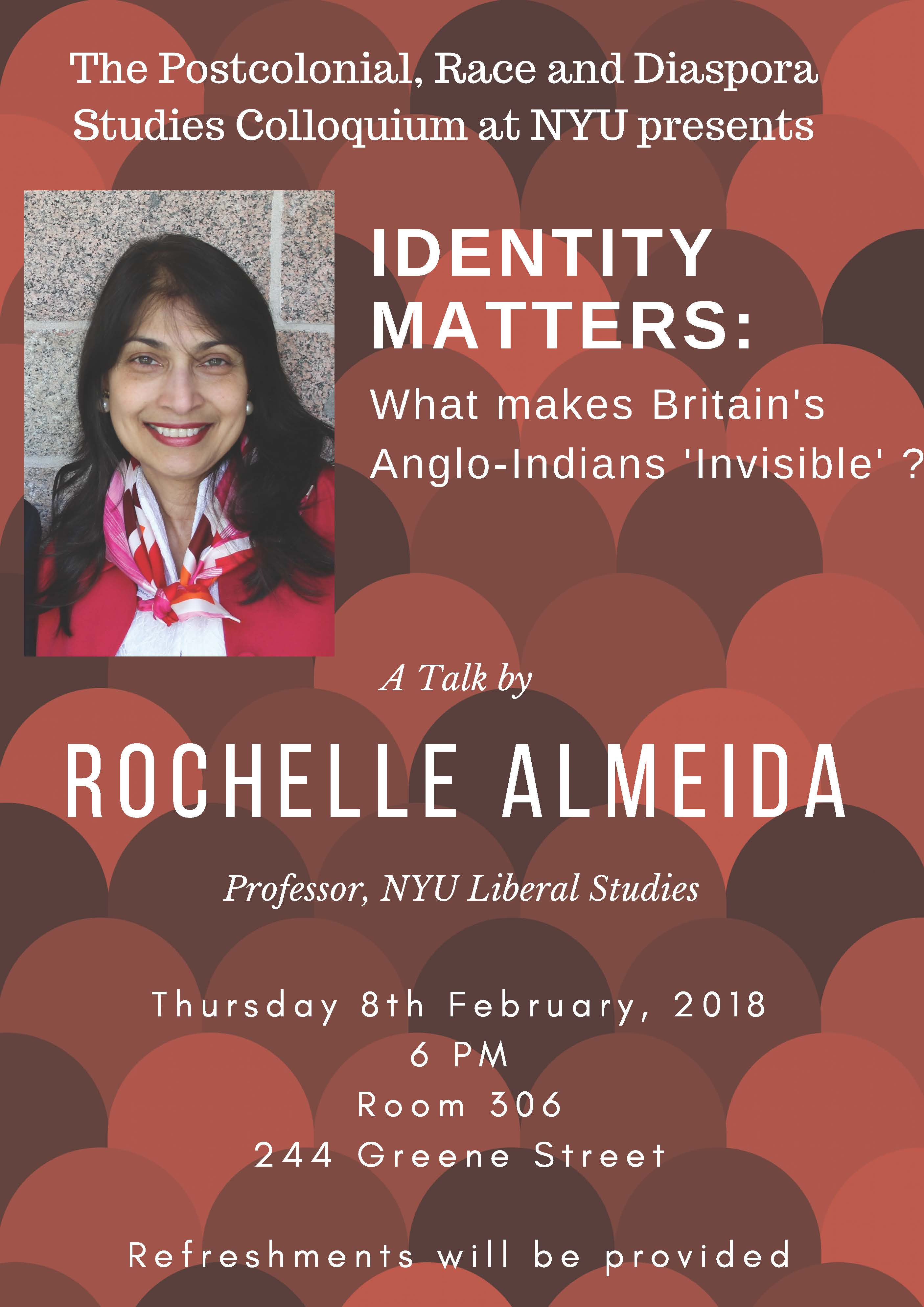