TAKING THE DOG FOR A WALK: CONVERSATIONS WITH BRITISH IMPROVISERS (dir. Antoine Prum, 2014) 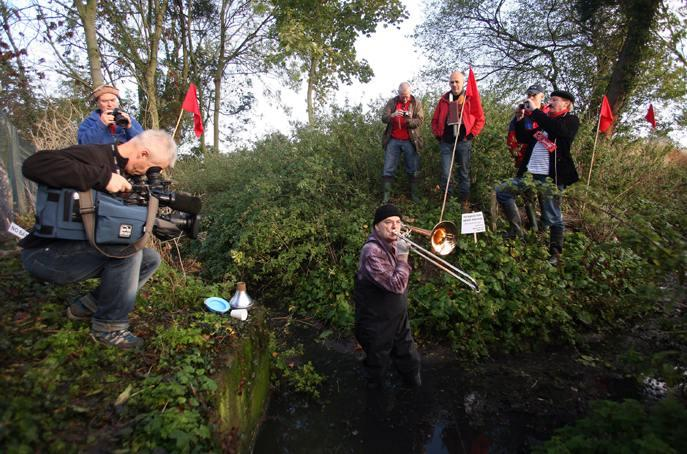 THE COLLOQUIUM FOR UNPOPULAR CULTURE presents:

"In the Western world, free improvisers are the bravest people I know in how they live their lives." (Richard Williams)

What is free improvisation? And what is British free improvisation? Is it, as sceptics might argue, just a bunch of eccentrically-tonsured men making plink-plonk-scratch noises? Comedian Stewart Lee would disagree; in Taking The Dog For A Walk, he and saxophonist Tony Bevan explore the roots, philosophies and possibilities of this fiercely independent musical approach. They talk to key performers from different eras and backgrounds (among them Steve Beresford, Lol Coxhill, Angharad Davies, Rhodri Davies, Max Eastley, John Edwards, Phil Minton, Maggie Nicols, Steve Noble, Eddie Provost, Trevor Watts). As they do so, free improvisation emerges as a kind of radical breathing, a being-in-the-world (according to John Butcher "It's the only time when I feel like I'm physically in time, as part of the time" ), a necessary anarchy.

Taking The Dog For A Walk features archival footage of bands such as The Recedents and The Promenaders, devotes welcome attention to the spaces from which free improvisation emerged (The Little Theatre Club, The Vortex, Cafe Oto), and has rich discussions of the music's relationship to failure, to comedy, to elitism, to Dutch football.

ANTOINE PRUM is a Luxembourg-based artist and filmmaker. His documentaries include Sunny's Time Now (2008) and Blue For A Moment (2018). He represented Luxembourg at the 2005 Venice Biennale.