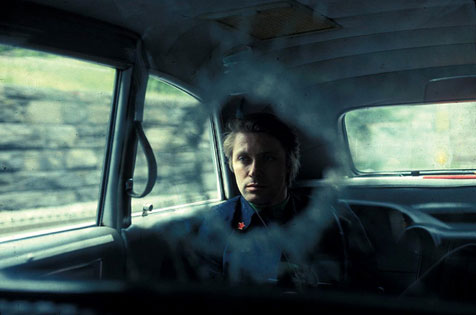 "With Peter Whitehead's passing, this world is now undoubtedly a lesser place. In counter-cultural circles, his legend always preceded him and now, and as of Monday 10 June 2019, as he attends to the permanent night-flight, he has left that legend with us." (William Fowler, Sight and Sound)

In September 1967, the British documentarist Peter Whitehead crossed the Atlantic, poised to do for New York what he had done for Swinging London in films such as Tonite Let's All Make Love In London and Charlie Is My Darling. He arrived in fever season, a period of turbulence and transformation: the assassinations of Martin Luther King and Robert Kennedy, Black Power activism, Up Against The Wall Motherfuckers militancy, student uprisings at Columbia, anti-Vietnam War civil disobedience. Whitehead's project turned into something much richer and stranger than he had anticipated. On his return to London he had a nervous breakdown and didn't speak for three months....

The Fall (1969), the eventual product of Whitehead's time in the US, is his masterpiece, an unclassifiable fiction-documentary-diary-hybrid, by turns political and psychedelic. In this talk Henry K. Miller will explore how it came into being, drawing on his personal knowledge of the late director, his archive, and his unreleased shorts.

PETER WHITEHEAD (1937-2019) was an underground filmmaker, novelist, music video pioneer, ceramicist and falconer. His films include Wholly Communion (1965), Benefit of the Doubt (1967), the unfinished Lilford Hall (with Penny Slinger, 1969), and Daddy (with Niki De Saint Phalle, 1973). His last novel was Terrorism Considered As One of the Fine Arts (2007).

HENRY K. MILLER is the editor of The Essential Raymond Durgnat and a regular contributor to Sight and Sound. He is an Honorary Research Associate at the Slade School of Fine Art, University College London. He has written about Peter Whitehead in Film Comment and Framework.