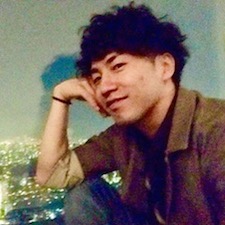 Shuntaro Yoshida is Visiting Scholar at the Department of East Asian Studies at NYU. He is a dancer, choreographer, and researcher of contemporary dance and performance.

He was born in Miyagi in Japan in 1989. In 2009, he belonged to contemporary dance company “Noism 2” in Niigata and took part in several choreographic and performance projects in Japan. As part of his studies, he studied in Paris at the Department of Dance at University Paris 8 (2013-2015). During this period, he obtained Master Dance degree and attended French choreographer Jerome Bel’s research workshops in several cities all over the world (Bruxelles, Munich, Paris, Seine-Saint Denis and Venice).

His research examines the practices and theories of “post-choreography” as they relate to the notion of spectator’s participation in the social context. In particular, he is interested in the influence of digital media on choreography as well as audience interaction. Yoshida’s research also relates the dance notation of Buto in Japan and the dance score of post-modern dance in America. Both writings have influenced choreographic practices with the theme of participatory dance and community dance which aim at eliminating the barriers due to expertise and amateur, disabled people, different generation, nationality, race, and gender. As his theory of “post-choreography” continues to evolve, his research puts a focus on the different reception among America, Europe, and Japan since the choreographer's era has come in the 1980’s in the contemporary dance history.

He has been a Ph.D. student at the Tokyo University of the Arts at the Department of Music and JSPS Research Fellowship for Young Scientist since 2017.