This interview was conducted with photographer Stefan Falke to discuss his experience during the pandemic creating his exhibition and book: “Keep Going New York!!” Throughout our conversation we learned about his hopes for the exhibition, how it came about, his long and varied career, as well as his optimistic outlook on life.

Where in Germany are you from?

I was born in Paderborn, which few people here know much about. It’s a city near Hanover, right in the middle of the country, but I lived in Hamburg twice, for more than 12 years, so in the US I sometimes say I’m from Hamburg to make things easier geographically.

How long have you been living in New York?

You’ve had a very interesting and varied career in the arts from silk-screen printing to working as a set photographer in a film studio. Did you always know that you wanted to be a photographer?

Not really. I was constantly drawing cartoons when I was really young. Whatever was in front of me, school books, newspapers, any paper, I had to draw on it. Then the typical thing happened, my father gave me a camera when I was 14, and from there, I went from looking down onto paper to looking up onto life, with the same urge to create a picture. 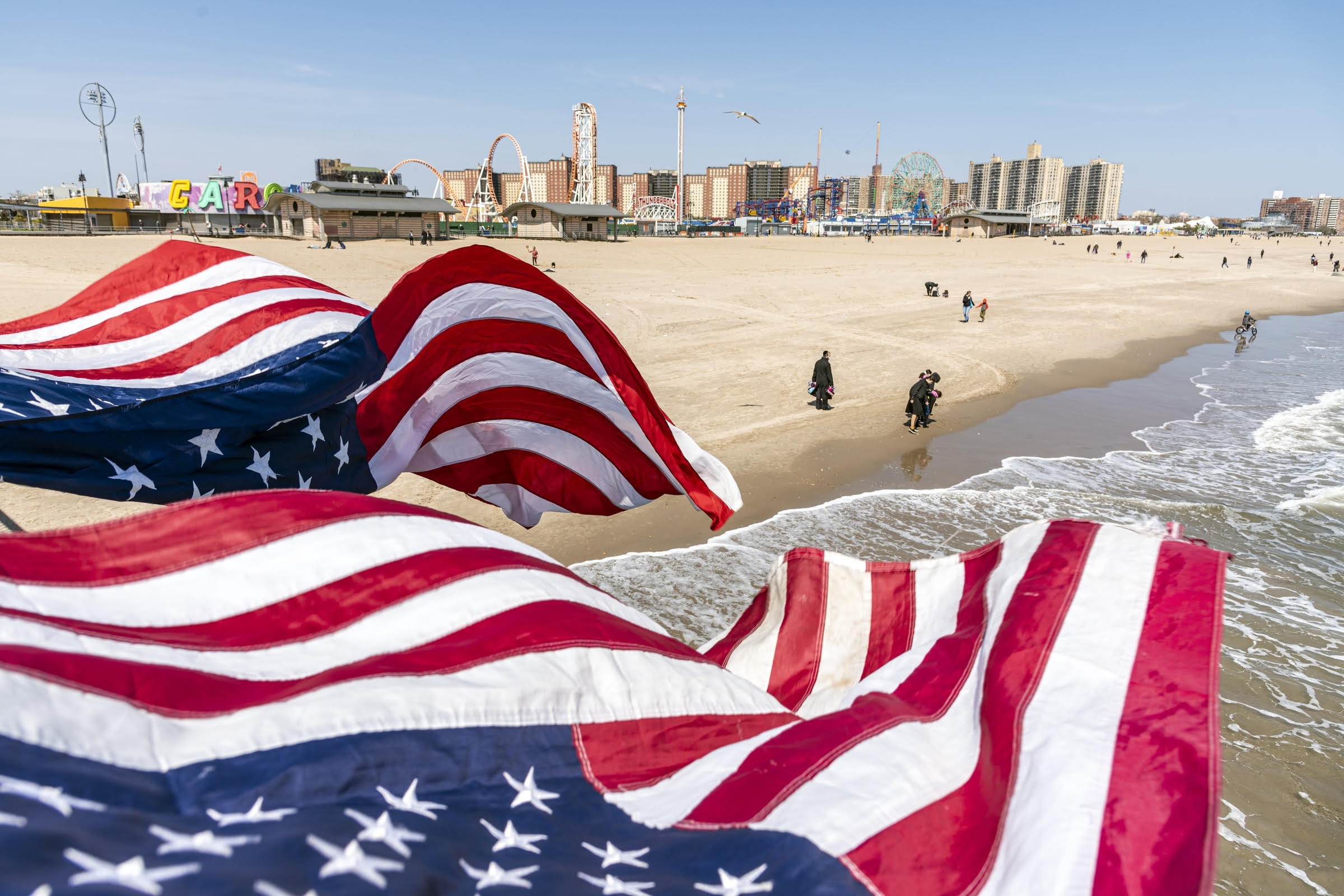 Is photography what brought you to New York?

What brought me to New York? Curiosity. I’ve lived in five different cities in Germany. I lived in Paderborn, Aachen, Essen, Munich and Hamburg. I kind of rotated out of the country. I had been to New York in 1984 on vacation, and I was just hooked. I was 30 when I came back here for longer in ‘85 and New York City was everything a photographer could wish for at the time. It was so creative.

How did this series come about? What was the inspiration behind it?

It came about organically. All of a sudden we were dealing with the pandemic, and the whole city was in shock. I also work as a photojournalist, so my adrenaline starts flowing when things happen or in this case, stop happening. It was a complete standstill. From one day to the next. It was shocking and as a photojournalist it’s shocking but it’s also like “hey, I want to be out there - be a part of this, document it”. I don’t live far from Times Square, so that’s where I usually go when, for instance, a blizzard hits. That’s where I went when the lockdown was announced and I’ve never ever seen that place empty in the middle of the day. It doesn’t happen, that lack of action, especially in New York. As things got worse with the pandemic and even less people were out, I just kept walking around taking pictures. I’m not a landscape photographer, so I’m not really interested in just photographing empty streets. I’m a people photographer, and the few people walking around still had this New York style walk. Determined to get somewhere. I realized that showing a person walking through an otherwise empty street shows emptiness, and loneliness, better than a deserted street without a person in it. But the movement of that person also gave hope, and that’s how the title “Keep Going New York !!” was born. 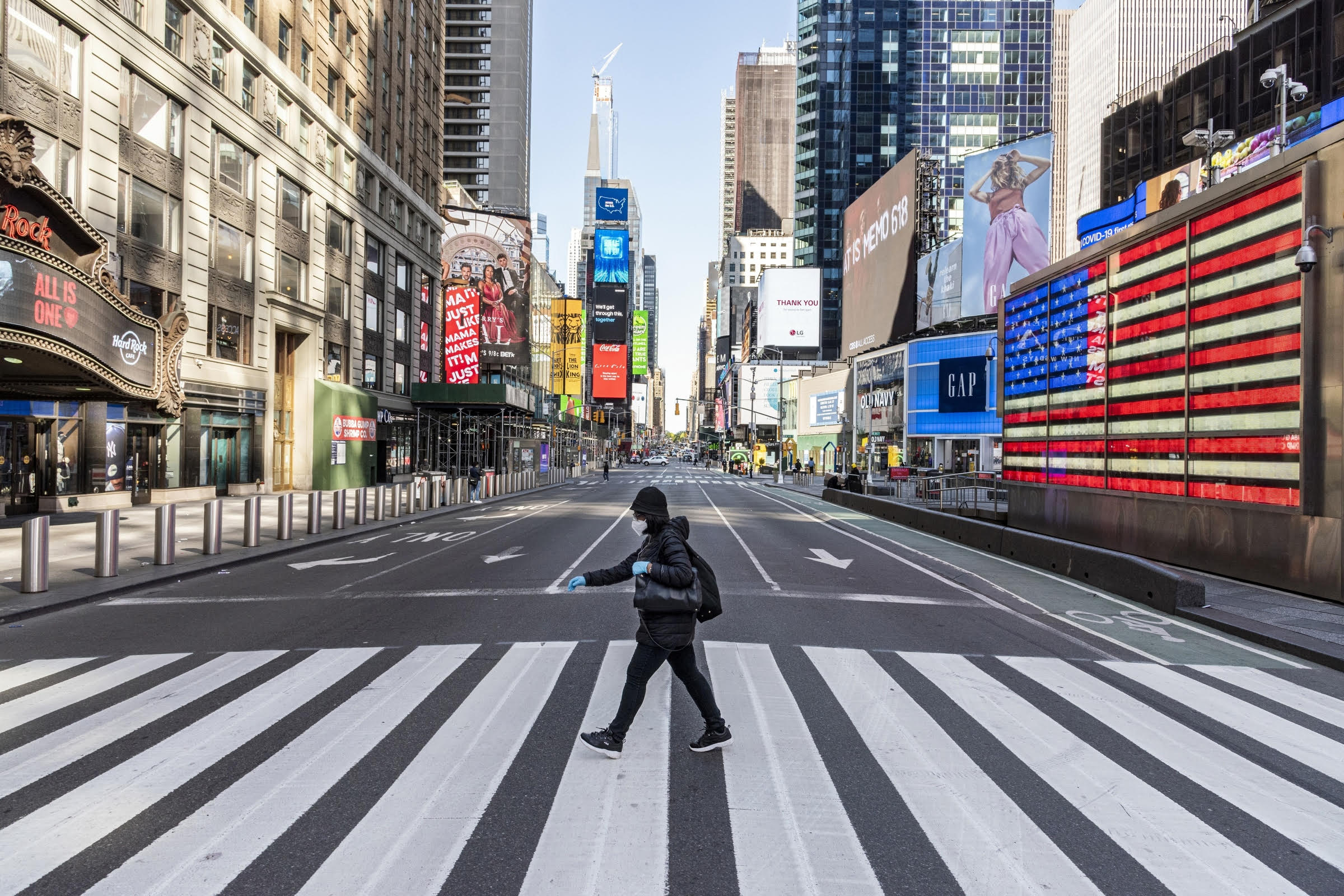 Given the lockdown, how were you able to find subjects to photograph?

The way I work, you find your frame, you find a corner, something interesting, something that talked to me visually. It could be some nondescript street corner and all of a sudden you find your frame. Then, you just wait until somebody walks through your frame. In some areas it could take an hour to see anybody. There was nobody out there. Sometimes people just slouched through the picture. That wasn’t working for me, so I would wait for the next. I didn’t really care what they were wearing or who they were. What mattered was the kind of walk.

Was this project a way to pass time?

It was a way to pass time with a purpose. I wasn’t thinking of an exhibition or book. I had very little assignment work during the pandemic, so I had plenty time to be creative on my own. Photography is also about keeping the photographer sane, about keeping yourself busy to get through whatever is happening in life. I’m a photographer who always tries to stay positive and express that in my work. I wasn’t interested in the usual pandemic reporting. The title of this project is “Keep Going New York!!.” It’s a positive and hopefully uplifting approach, which was difficult to achieve during those challenging times. That’s also a reason why I show a lot of murals, because many new ones came up during that time, especially after many stores were boarded up either because they closed due to the lack of business or in anticipation of the protests for George Floyd and others; a lot of art was created on those boards, most notably in Soho. It was almost like back in the 80s. All of a sudden everything was being painted. It was fantastic in that way. The artists definitely came out of the woodwork. During that time, we all needed more hope and connection with our communities. 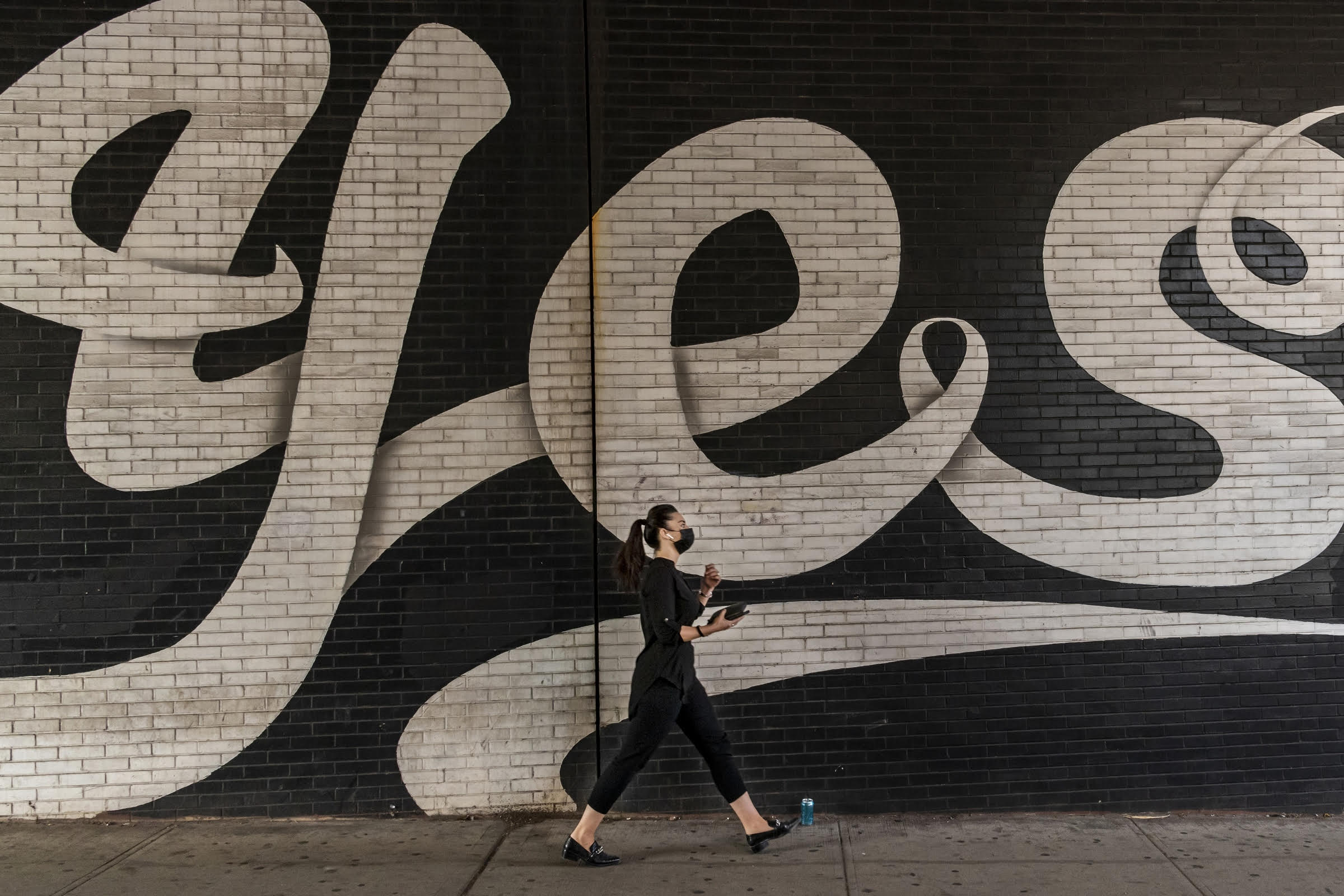 Did you have a favorite image or moment?

One is on the cover of the book. There are just a few photos in a 30+ years career of a working photographer like me that will last and I believe that image is one of them. I may have four or five others from different projects or assignments, and this one is definitely a front runner. It even ended up on a flag in Rockefeller Center in 2021. The Center and Aperture Foundation had a photo contest for an outdoor exhibition at Rockefeller Center and I was honored to have this one in it. I got really excited when I took the photo because I kind of sensed that I had something that worked - but you never know until you’re at home and really look at it. I did not know the man in my picture and I could not talk to him right then but I contacted him a while later later because I got his name from a bystander. I contacted him because he ended up on the cover of the book, and he’s very happy with it.

How did that interaction with him develop?

Well he’s a friend now. He was thrilled. When he saw his picture on the flag at Rockefeller Center, he was absolutely ecstatic about it. 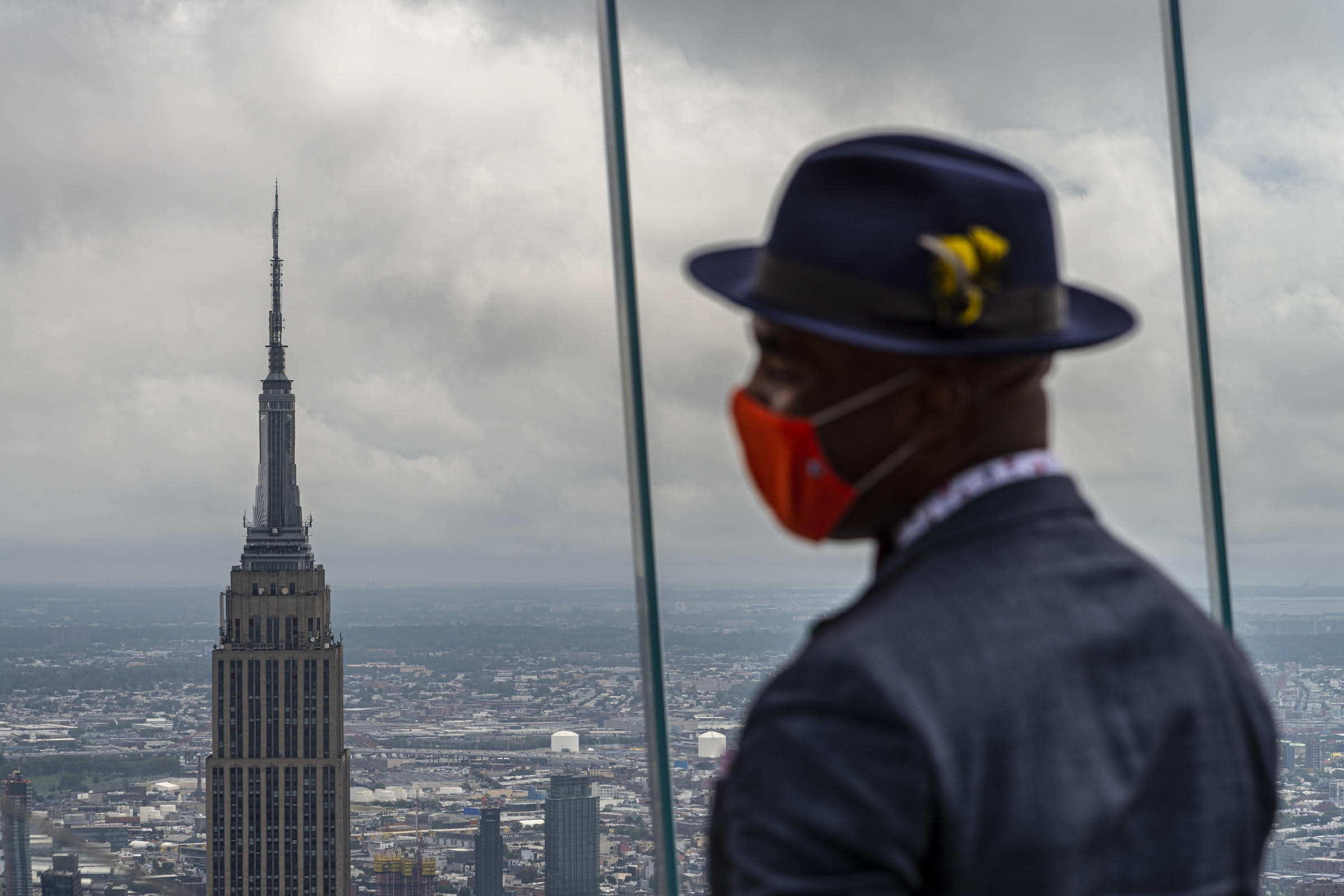 It’s so wonderful that, despite the restrictions, you forged this lovely friendship.

Exactly. That’s another great thing about photography. It’s always connective. That’s why I’m trying to stay positive with it because photography does so much for me, it has connected me with so many wonderful and interesting people whom I would otherwise not know. It connected us too! We wouldn’t be sitting here talking if I wasn’t a photographer.

Do you have any advice for people looking to get into photography as a career?

The only thing I will say is that I’ve always put myself out there. You can’t sit at home and wait until something happens. Especially these days with digital cameras there is no excuse for not creating new work on my own, which is important to stay in the game. And every opportunity for photo work is important. Way back I was asked by a friend to shoot stills for her movie production and, not knowing what that even meant, I went to work with all my energy. More jobs followed. Then everything developed from there. 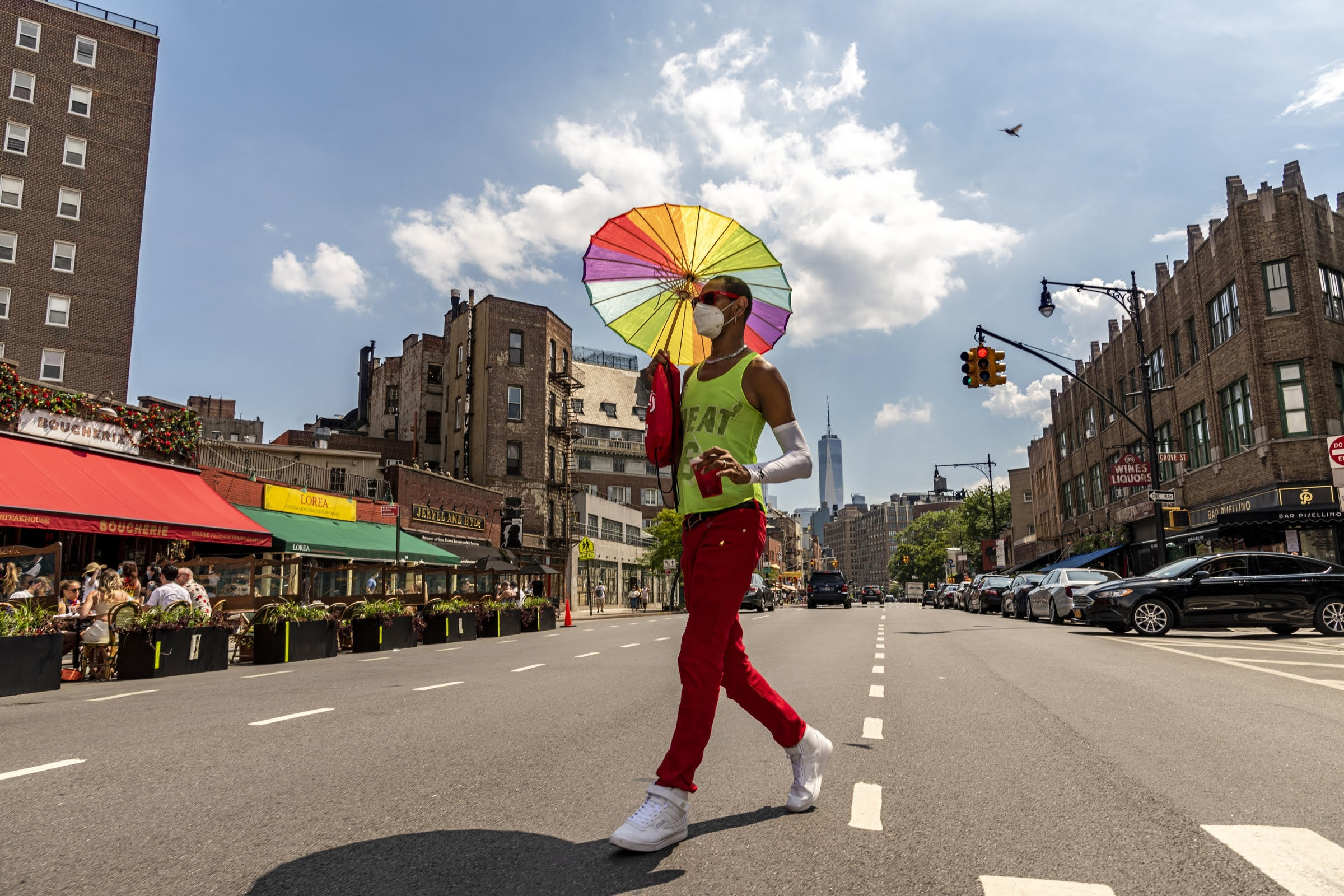