Both in-person and virtual events, check event entry for details
This event will recur Every Day until Jun. 14, 2022

This spring, the Leo Baeck Institute, the Goethe-Institut New York, The German Film Office, The German Consulate General in New York, Deutsches Haus at NYU, and the Friends of Freiburg Alumni of North America will (re)introduce a U.S. audiences to the remarkable story of the artist Thomas Brasch.

Born in England to Kindertransport refugees who were active Communists – Thomas Brasch came to embody the fault lines of German history like few other artists. As his father Horst Brasch rose in the ranks of East Germany’s ruling Socialist Unity Party, Thomas became an uncompromisingly radical writer whose activism led to censorship and three months in prison. After his move to West Germany, he refused to play the role of GDR-dissident and focused his critique on West German society and German history in plays, poetry, and a series of brilliant but challenging films. Although he is highly regarded as a translator of Chekhov’s and Shakespeare’s works into German, none of Thomas Brasch’s major works have ever been published in English. His major films, jarring meditations on German history such as Der Passagier – Welcome to Germany (1988, starring Tony Curtis as a choleric Hollywood director who returns to Germany to make a film about his experience in a concentration camp), are rarely shown in the U. S.

Cosponsored by the Goethe-Institut New York, The German Film Office, The German Consulate General in New York, Deutsches Haus at NYU, and the Friends of Freiburg Alumni of North America.

Please note that this event will be held in person at the Center for Jewish History. As of this time, vaccination is required to enter the CJH. More information on the CJH's COVID-19 policies are available here.

In this documentary (Germany, 2018, 103 min.), director Annekatrin Hendel delivers a portrait of three generations of Braschs as a microcosm of societal tensions — between East and West, art and politics, Communism and religion, love and betrayal, utopia and self-destruction. New York premiere.

The life and legacy of the multifaceted artist Thomas Brasch will be the topic of discussion by a panel including Professor Cathy Gelbin (The University of Manchester), German Consul General in New York, David Gill, and artist Alexander Polzin.

Professor Cathy Gelbin is the co-editor of the Leo Baeck Institute Year Book for German-Jewish History and Culture (Oxford Journals). She is a film historian and cultural studies scholar with special interests in European life and its Jewish cultures. Her work on feature film, video testimony, literary texts and live art has focused on Holocaust representations and the dynamics of modern German-speaking Jewish culture. Before joining the University of Manchester, she was Research Associate and Director of Research and Educational Programmes at the Centre for German-Jewish Studies, University of Sussex.

Melanie Lorek is Assistant Professor of Sociology and Human Relations at CUNY School of Professional Studies. Her work focuses on the current relevance and commemoration of the GDR and socialist thought. In her recent scholarship she examined how East Germans remember the German reunification as well as the social and symbolic meanings of GDR recipes posted online. She is currently preparing a book manuscript examining the ways in which the commemoration of East Germany’s socialist past is used to construct, build, and negotiate its present.

Alexander Polzin, born in East Berlin in 1973, originally trained as a stonemason. He enjoys an international career as a sculptor, painter, stage designer and opera director. In addition, he develops unique collaborations with writers, composers, musicians, choreographers and scholars from all over the world. He was a close friend of Brasch's and organized a multifaceted tribute to Brasch at the 2021 Berlin International Literature Festival. 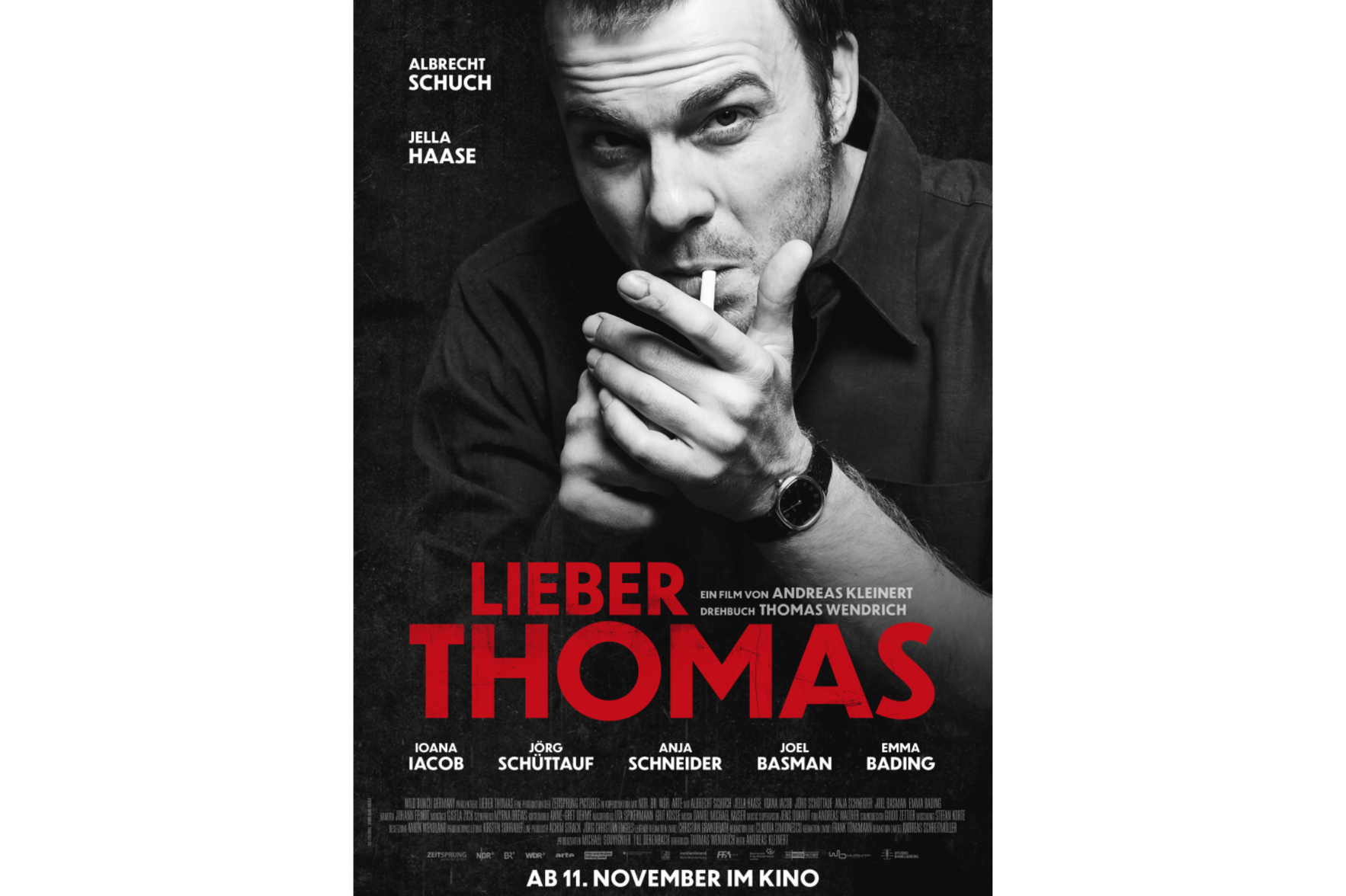 Please note that this event will be held in person at the Center for Jewish History. As of this time, vaccination is required to enter the CJH. More information on the CJH's COVID-19 policies are available here. We invite you to join us after the program for a light reception.

Director Andreas Kleinert’s Thomas Brasch biopic Lieber Thomas (Germany, 2021, 150 min.) shows the life and dreams of a man for whom every world was always too small, someone who overcame boundaries and caused damage in the process. New York premiere. 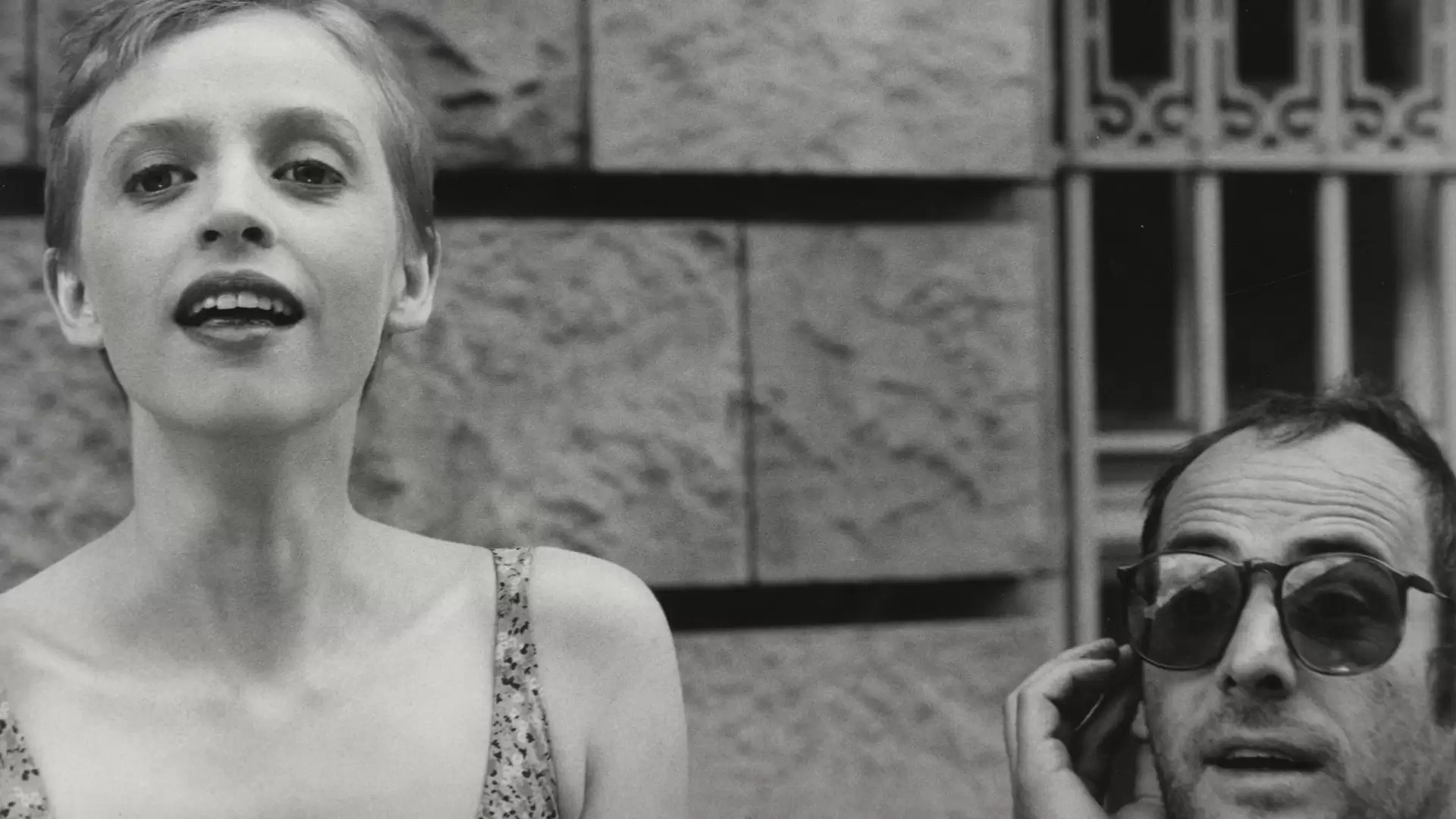 The German Film Office is pleased to offer two rare films written and directed by German poet and dramatist Thomas Brasch (1945-2001) for free streaming, as part of a program that seeks to introduce U.S. audiences to this remarkable artist and his story. The films will be available to stream across the United States.

"Angels of Iron" ("Engel aus Eisen"). Dir. Thomas Brasch. West Germany. 1981. 103 min. With Hilmar Thate, Katharina Thalbach, Ulrich Wesselmann, Karin Baal, Ilse Pagé. World premiere: Cannes Film Festival.
Based on a true story, the first film directed and written by Thomas Brasch is a historical drama set during the Berlin Blockade of 1948-1949 against the droning sounds of the Airlift. A 17-year-old hoodlum by the name of Gladow works hand in glove with a white-collar criminal to rob and pillage day and night, defying capture. The future casts a long shadow on these characters whose contradictions and confusion are emblematic for postwar Berlin.
“I thank the film academy of the GDR for my education (...); I thank the heroes of my film, the two dead criminals Gladow and Völpel, for their example.” With these words in his acceptance speech for the Bavarian Film Prize awarded to "Angels of Iron" in 1981, Thomas Brasch caused a scandal.

"Der Passagier – Welcome to Germany" ("The Passenger: Welcome to Germany"). Dir. Thomas Brasch. West Germany/United Kingdom/Switzerland. 1988. 102 min. With Tony Curtis, Katharina Thalbach, Gedeon Burkhard, Birol Ünel, Matthias Habich, Charles Régnier, Karin Baal, Irm Hermann. World premiere: Cannes Film Festival.
A Hollywood filmmaker (a German-speaking Tony Curtis) returns to Germany where in 1942 he and other concentration camp prisoners were lured into participating in a Nazi propaganda film. He plans to make a documentary about the experience. Thomas Brasch’s last film is a reflection about self-deception in the processing of guilt and the difficulty of coming to terms with the past through art.