"The Hour Between Dog and Wolf:" Silke Scheuermann in conversation with Lucy Jones & Susan Bernofsky 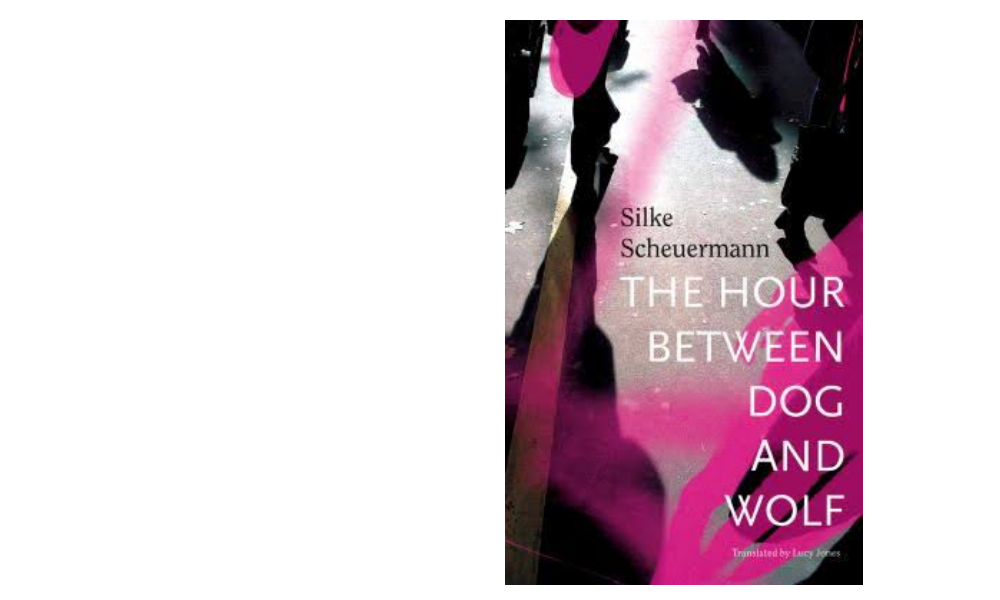 Deutsches Haus at NYU presents a reading of Silke Scheuermann's "The Hour Between Dog and Wolf," and a conversation between the author and her English translator, Lucy Jones, moderated by the award-winning translator Susan Bernofsky.

A young woman who has been living abroad, returns to her hometown of Frankfurt am Main in Germany. Her sister Ines—a beautiful, impetuous painter—who still lives there, soon appears and promptly asks for financial help. But the returning sister knew this was coming—it is how their relationship has always worked. However, this time, she’s determined that will change. But plans don’t always hold up to the surprises presented by life—and when the sister finds herself about to drift into an affair with Ines’ lover, the two women grow unexpectedly closer. The Hour Between Dog and Wolf is a tale of disorientation in a modern, fundamentally rootless society that has become increasingly erratic and self-absorbed. It is also a powerful exploration of the difficulties of intimacy and addiction.

“All the characters in this novel have something roaming, homeless about them. Feelings are not foreign to them but suspicious. Helmut Schelsky’s talk of the “skeptical generation” (1957) can be applied to many generations but especially to this one which has seen every feeling and sensual experience represented and exercised a thousand times, before it has had a chance to actually feel them. Silke Scheuermann responds to this with intelligence and subtlety. On the one hand, her language remains a tick behind the drama of the action, as though it was going on above the waterline, while the language is a cool, slowly underwater movement. So the reader realizes with a slight delay that he has to close the gap with his own powers of imagination, making the fates come all the closer. All of this would be nothing more than technique if Silke Scheuermann weren’t able to conjure up great pathos.” -- Ulrich Greiner

Silke Scheuermann, born in Karlsruhe, lives near Frankfurt am Main. She studied theatre and literature studies in Frankfurt, Leipzig and Paris and worked at the German Institute at the University of Frankfurt. She is an award-winning poet and short-story a and writer of short stories as well as novels. In 2006 she was on the jury for the Frank O’Connor International Short Story Award. Prizes and Awards include the 2001 Leonce und Lena Prize, the 2006 New York scholarship from the Deutsche Literaturfonds, the 2007 Grimmelshausen Prize from the city of Gelnhausen, the 2008 George Konell Prize, the 2016 Bertolt Brecht Prize, the 2017 Robert Gernhardt Prize, and the 2018 Georg Christoph Lichtenberg Prize.  Scheuermann delivered the Frankfurt Poetry Lecture Seriesas a guest lecturer at the Goethe University, Frankfurt am Main in 2017. Silke Scheuermann is currently the Max Kade writer in residence at the Washington University of St. Louis.

Lucy Jones, born in the UK, has lived in Germany for 24 years. She received a BA in German Literature and Film under W.G. Sebald at the University of East Anglia in 1991, and an MA in Applied Linguistics from the University of Surrey in 2008. She has been a freelance literary translator for German to English since 2008 and is a co-founder of the Berlin-based collective Transfiction. She writes reviews of German fiction for Words Without Borders, CULTurMAG and New Books in German and co-hosts the Fiction Canteen, a reading-discussion series for English-speaking authors in Berlin and their works-in progress. Her own texts have been published in the Berlin literary journal SAND.

Susan Bernofsky is an author and translator and directs the program Literary Translation at Columbia in the MFA Writing Program at the Columbia University School of the Arts. Among her many published translations are retranslations of Hermann Hesse’s Siddhartha (Modern Library, 2006), Franz Kafka's The Metamorphosis (Norton, 2014), and Jeremias Gotthelf's The Black Spider (NYRB Classics, 2013), as well as translations of Robert Walser’s Microscripts, Berlin Stories, The Walk, and Looking at Pictures among others. Her 2014 translation of Jenny Erpenbeck’s novel The End of Days won the Independent Foreign Fiction Prize, The Schlegel-Tieck Translation Prize, the Ungar Award for Literary Translation, and the Oxford-Weidenfeld Translation Prize. Her most recent translation is the novel Memoirs of a Polar Bear by Yoko Tawada, which won the first Warwick Prize for Women in Translation in 2017.  She blogs about translation at www.translationista.com and is currently at work on a biography of Robert Walser for Yale University Press.

"The Hour between Dog and Wolf:" Silke Scheuermann in Conversation with Lucy Jones and Susan Bernofsky" is a DAAD-sponsored event.