Andreas Bernard's "Persons of Interest: The Status of the Self in Digital Cultures"

"Persons of interest: The Status of the Self in Digital Cultures" book cover 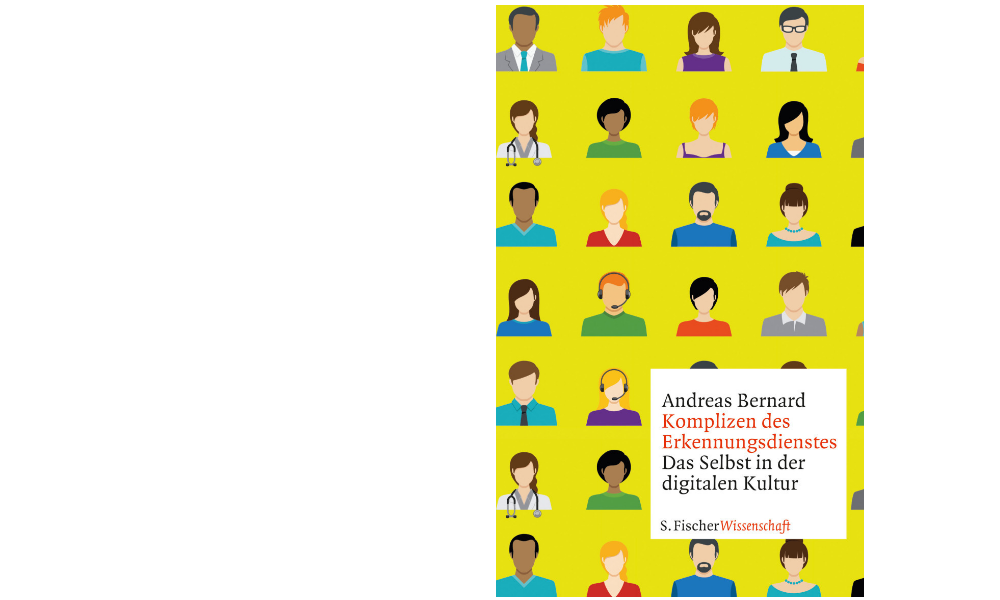 Deutsches Haus at NYU presents a conversation between Andreas Bernard and Alexander Galloway about Bernard's book Persons of Interest: The Status of the Self in Digital Cultures.

What is striking about today’s methods of self-representation and self-perception – the profiles of social media but also the various locational functions on smartphones or the bodily measurements of the “quantified-self movement” – is the fact that they all derive from methods of criminology, psychology, or psychiatry that were conceived at various points since the end of the nineteenth century. Certain techniques for collecting data, which were long used exclusively by police detectives or scientific authorities to identify suspicious groups of people, are now being applied to everyone who uses a smartphone or social media. Biographical descriptions, GPS transmitters, and measuring devises installed on bodies are no longer just instruments for tracking suspected criminals or patients but are now being used for the sake of having fun, communicating, making money, or finding a romantic partner. This conversation tries to trace back these genealogies and thus present the criminological fundaments of contemporary subjectivity.

Dr. Andreas Bernard is Professor for Cultural Studies and co-speaker of the Centre for Digital Cultures. He studied Literary Criticism and Cultural Studies in Munich and wrote his dissertation on the History of the Elevator at Bauhaus University Weimar (2005). He was a Scientific Assistant in Weimar (2002-2005) and at University of Constance (2007-2010). In 2012, he was a Fellow at Centre for Literary and Cultural Research (ZfL) in Berlin. Between 1995 and 2014 he has been an editor and author of Süddeutsche Zeitung in Munich. Since 2014 he is an author of Frankfurter Allgemeine Sonntagszeitung. His books include Lifted. A Cultural History of the Elevator (NYUP, 2014), Kinder machen: Neue Reproduktionstechnologien und die Ordnung der Familie. Samenspender, Leihmütter, Künstliche Befruchtung,  (2014) and Persons of Interest: The Status of the Self in Digital Cultures (S. Fischer Verlag, 2017).

Alexander R. Galloway is a writer and computer programmer working on issues in philosophy, technology, and theories of mediation. He is author of several books on digital media and critical theory, including The Interface Effect (Polity, 2012). His collaboration with Eugene Thacker and McKenzie Wark, Excommunication: Three Inquiries in Media and Mediation, has recently been published by the University of Chicago Press. With Jason E. Smith, Galloway co-translated the Tiqqun book Introduction to Civil War (Semiotext[e], 2010). For ten years he worked with RSG on Carnivore, Kriegspiel and other software projects. Galloway's newest project is a monograph on the work of François Laruelle, published in October 2014. Galloway has given over two hundred talks across the U.S. and in ten countries around the world. His writings have been translated into eleven languages. He is recipient of a number of grants and awards including a Creative Capital grant (2006) and a Golden Nica in the 2002 Prix Ars Electronica (Linz, Austria). The New York Times has described his practice as "conceptually sharp, visually compelling and completely attuned to the political moment." A member of the NYU faculty since 2002, Galloway has also held visiting posts at the University of Pennsylvania (Spring 2012) and Harvard University (Fall 2016).

"Andreas Bernard's 'Persons of Interest: The Status of the Self in Digital Cultures:'" is a DAAD-sponsored event.