NYU Center for the Humanities, Stanford University’s Division of Literatures, Cultures and Languages, and Deutsches Haus at NYU presents the second event in our "Irregular Readings" series, a conversation with the author and political activist, Sharon Dodua Otoo, who will read from her highly acclaimed debut novel, Adas Raum (Fischer Verlag, 2021), followed by a conversation with her literary translator Jon Cho-Polizzi, which will be moderated by Professor Ulrich Baer (NYU) and Professor Amir Eshel (Stanford University). 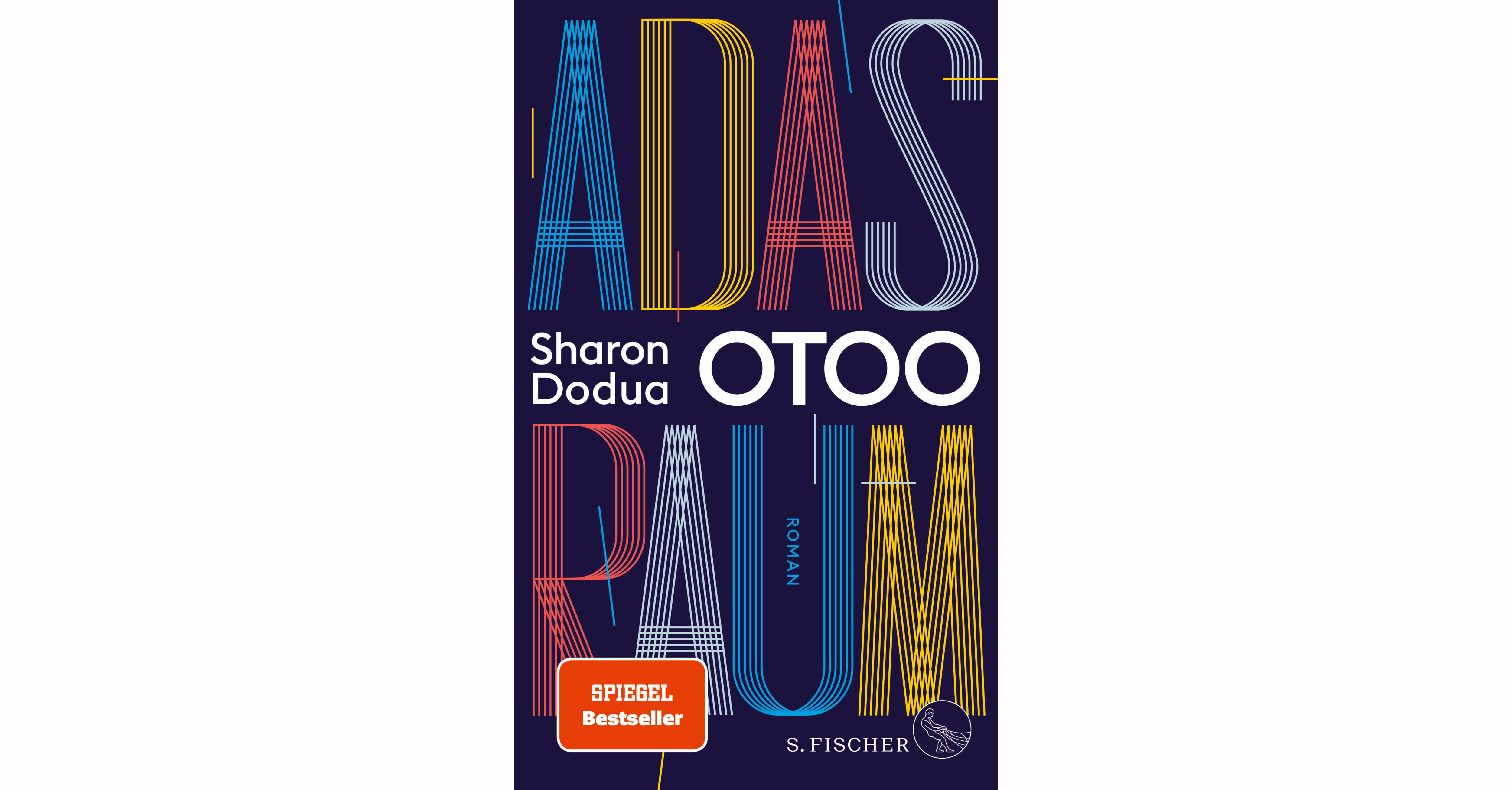 “Irregular Readings” is a new literary initiative, created by NYU Center for the Humanities, Stanford University’s Division of Literatures, Cultures and Languages, and Deutsches Haus at NYU, which will showcase moderated conversations and readings to introduce English-speaking audiences to contemporary German-language literature and the authors who are creating this diverse and vibrant body of work. The series will take place (as you might expect from the title) on an irregular basis and, for the time being, via live Zoom sessions.

Sharon Dodua Otoo’s courage and passion for narration and her curiosity for understanding the present day are breathtaking. Everything in her world hangs by a silken thread: threatening to fall at any moment, floating in wondrous suspense.

So, too, is the case with Ada, the protagonist of Otoo’s first novel. Ada is not one, but many women: She revolves in orbits between Ghana and London before eventually landing in Berlin. But she is also all women — because these loops transport her from one century to the next. And so, she experiences the misery but also the joy of womanhood: she is a victim, she offers resistance, and she fights for her independence.

With vivid language and infinite imagination — with empathy and humor — Sharon Dodua Otoo’s novel Ada’s Realm paints an astonishing picture of what it means to be a woman.

Sharon Dodua Otoo is an author and a political activist. She writes prose and essays and is editor of the English-language book series "Witnessed" (edition assemblage). In 2017 her first novellas "the things i am thinking while smiling politely" and "Synchronicity" were republished in German translation by S. Fischer Verlag. Otoo won the Ingeborg Bachmann Prize in 2016 with the text "Herr Gröttrup setzt sich hin". In 2020 her inaugural speech at the Festival of German Language Literature "Dürfen Schwarze Blumen Malen?" was published by Verlag Heyn. "Adas Raum," her first novel in German, appeared in 2021 with S. Fischer Verlag. Otoo is politically active with the Initiative Schwarze Menschen in Deutschland e.V. and Phoenix e.V. She lives with her family in Berlin.

Jon Cho-Polizzi is an educator and freelance literary translator. He studied Literature, History, and Translation Studies in Santa Cruz and Heidelberg, before receiving his PhD in German and Medieval Studies at UC Berkeley with a dissertation titled “A Different (German) Village: Writing Place through Migration.” Jon was managing editor for Berkeley's TRANSIT Journal, and is currently guest editing a second special issue of the journal with English translations from the 2019 collection Eure Heimat is unser Albtraum (the first half of this collection was published in English translation in Spring 2020). In addition to his forthcoming translation of Sharon Dodua Otoo's Adas Raum, Jon's translations have appeared in the Jewish Museum Berlin, the Maxim Gorki Theater, taz, Jewish Currents, renk Magazin, Versopolis Poetry, and Der Spiegel, as well as in numerous anthologies. He lives and works between Northern California and Berlin.

Ulrich Baer (moderator) is University Professor at New York University where he teaches literature and photography. His books include Remnants of Song: The Experience of Modernity in Charles Baudelaire and Paul Celan; Spectral Evidence: The Photography of Trauma; The Rilke Alphabet; What Snowflakes Get Right: Free Speech, Equality and Truth in the University, and, as editor and translator, The Dark Interval: Rilke’s Letters on Loss, Grief and Transformation; the German edition of Rainer Maria Rilke's Prose, and, with Amir Eshel, Hannah Arendt zwischen den Disziplinen. He hosts the ideas podcast, Think About It, and has published editions of numerous classic books with Warbler Press.

Amir Eshel (moderator) is Edward Clark Crossett Professor of Humanistic Studies and Professor of German Studies and Comparative Literature at Stanford University. His research focuses on contemporary literature and the arts as they touch on memory, history, politics, and ethics. He is the author of Zeit der Zäsur: Jüdische Lyriker im Angesicht der Shoah (1999); Das Ungesagte Schreiben: Israelische Prosa und das Problem der Palästinensischen Flucht und Vertreibung (2006); Futurity: Contemporary Literature and the Quest for the Past (2013); and Poetic Thinking Today (Stanford University Press, 2019; Suhrkamp Verlag (in German), 2020.) Amir Eshel is a recipient of fellowships from the Alexander von Humboldt and the Friedrich Ebert foundations and received the Award for Distinguished Teaching from the School of Humanities and Sciences at Stanford University.

Please click here to register. Registration is (as always) free and open to the general public. Only registered attendees will receive Zoom webinar information via email prior to the event. You can download Zoom here.

"Irregular Readings" is funded by the DAAD from funds of the German Federal Foreign Office (AA).